Timeline is most valuable if you browse on Edge, since your browsing activity will show up there, but it integrates Office as well, so you can hop between a Word document on your phone and on your computer. This functionality pairs well with Microsoft's newly revealed "Your Phone" app, which enables app mirroring from an Android phone to a Windows computer.

The feature comes as part of a larger update that overhauls the launcher's Feed section, which is similar, at least in part, to Google Discover. Feed is now split into three tabs: Timeline, News, and Glance. News provides links to timely articles and videos, while Glance shows calendar events, frequently used contacts, and recent activity on your device. The settings for both are now available at the top of Feed. 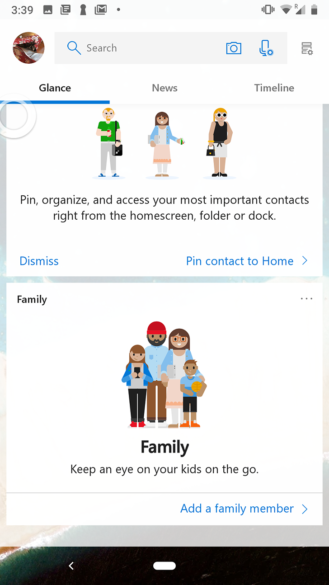 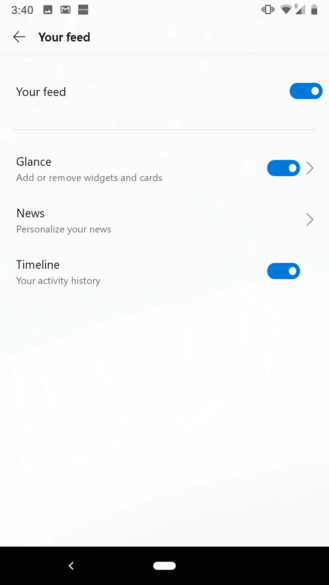 Additionally, the new beta adds multi-turn emailing in Cortana, meaning users won't have to repeatedly invoke Cortana throughout the email process. Plus, in the Family card in Glance, parents can now view their kids' real-time locations.

Even with these updates, though, it's likely not worth downloading the launcher unless you're a committed user of Microsoft products across the board, especially Edge and Cortana. It's also probably best to avoid if mixing the design elements of two different UIs together bothers you. Basically, it's going to take some commitment (and a fair amount of customizing) to really make the launcher work for most Android users. Still, it's cool to see Microsoft focusing so strongly on Android app development.

The changes will likely roll out to the public in the coming weeks. Those who are eager to try out the update now can sign up for the beta via the Google Play Store (below) or grab it from APK Mirror.

Google Translate v5.24 prepares to shut down SMS translation and may be enhancing support for ...

The LG Watch W7 is a neat proof of concept, but who the heck would actually want to buy one?