LG has just launched its latest smartwatch, and she is a weird one: the LG Watch W7. Unlike the company's past models like the Watch Style and Watch Sport, the W7 marries a circular LCD with a pair of mechanical hands — just like you'd find on an ancient dumbwatch. The idea's based around some sensible thoughts, like having the analog system offer battery life that extends into the months-long range, but between absent mainstream smartwatch features, a steep price tag, and those dang physical hands obscuring the smartwatch screen, it's difficult to pin down exactly who this watch might appeal to.

Let's start with the hardware. Physically, the Watch W7 isn't too objectionable. Its stainless steel metal body feels comfortable and robust, and while it's of average smartwatch size and weight, it manages to avoid the trap so many of its peers fall into where the watch comes across as excessively chunky. It's got three physical buttons, including one with a rotating crown input, and supports alternate 22mm straps, if you feel like mixing things up.

Inside, we're looking at a watch based on previous-generation silicon. Rather than taking advantage of the new Snapdragon 3100, the Watch W7 runs the old 2100 platform. Honestly, smartwatch tech had been stagnant for so long prior to the 3100's debut that it's hard to take 2100-based hardware seriously at this point. We're still giving the W7 a look due to its unique hybrid analog design, but let's be clear that any watch coming out today with this hardware is operating at a disadvantage.

OK, with that out of the way, what's the deal with these analog hands? Well, most of the time they work just like they would on a regular watch, pointing to the time. And if you choose to forego all the bells and whistles of smartwatch functionality, they can keep the W7 telling time for what LG claims is up to 100 days on a charge. Even if you're using the W7 as a proper smartwatch and run the battery down so low that the watch can no longer operate its touchscreen (which LG says will take about two days — I'll believe it when I see it) you can still eke out another two days of time-only analog operation. That's a cool idea, and could offer some peace of mind to users afraid of the limited battery life of smartwatches leaving them high and dry.

But we're still talking about at a mobile platform that really wasn't designed to have watch hands growing out from the center of its screen. Don't they get in the way? Oh, they absolutely do. 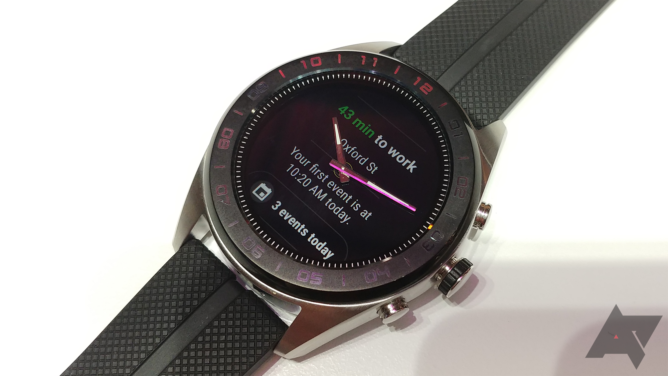 Some of the time, that's not going to matter a ton — you still get the gist of what you're looking at, and can just sort of pretend that the hands aren't there. Other times, it's a big problem, like when you're trying to read text that's blocked by the hands. Thankfully, LG has a solution — I'm just not yet convinced that it's a particularly great one.

Pressing the top button on the W7's side causes the screen's contents to shift slightly, up or down, depending on context. This lets you "peek" behind the watch hands, sliding your content around to catch a glimpse. When peeking, the hands rotate to flatten out into a horizontal line to attempt to minimize their screen-blocking impact. It works, I'll concede that much, but I can imagine this begins to feel like a real chore when dealing with a lot of notifications.

Pressing the top button to "peek" behind the hands — and block other text in the process.

What works quite a bit better are apps designed to take full advantage of the analog hands. Pressing the bottom button on the W7's side pulls up the pre-loaded Master tools, a collection of apps that offer basic sensor and timekeeping functionality: a barometer, compass, stopwatch — that sort of thing. When using one of these, the hands come together to act as an analog needle gauge, pointing in the direction of north, or ticking away as you track your lap times. It's a great demo of what the W7 is capable of, but I worry it's only going to remind users just how much other Wear apps suck when you've got some watch hands in the way. 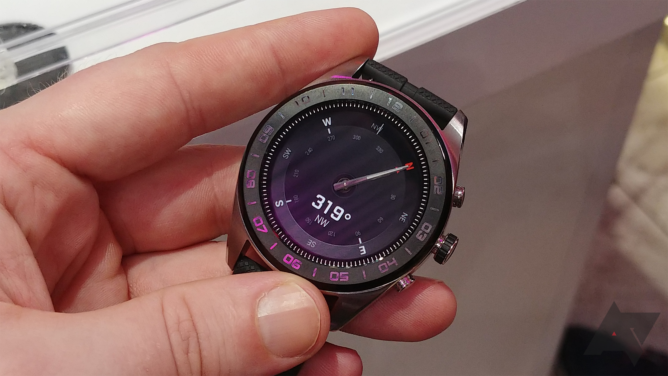 In my conversations with LG, the company repeatedly emphasized that it views the the Watch W7 as a "timepiece." It's not primarily a miniature smartphone strapped to your wrist, nor even a fitness tracker. It's for people who want something neat that tells time. And while it does a whole lot more than keep track of the Earth's rotation, this focus of "the most important thing is those watch hands" has unfortunately overshadowed some other design concerns.

Unlike a good number of its peers, the W7 offers no heart-rate monitor. There's no LTE version for users looking to leave their phones behind. And there's no NFC connectivity for making mobile payments. 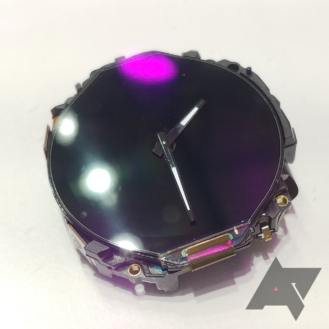 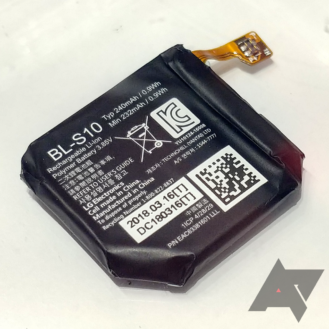 I get that space is always tight when designing a smartwatch, and finding room for the motor to move those hands puts the W7 at a disadvantage compared to every other Wear OS model out there, but are all those sacrifices worth it? LG reps seemed unfazed by concerns about these missing features at the wearable's launch event, emphasizing that this is a device for shoppers looking for an advanced timepiece (as opposed to a well-equipped capital-S smartwatch, I guess).

People who have used the W7 for much longer than my brief hands-on time with the watch claim that you get used to its eccentricities. Maybe so, and maybe not everyone needs "advanced" features beyond basic app support, but why would you pay so much to settle for so many compromises?

Oh, that's right — we haven't even touched on pricing yet. Let's say you're legitimately curious about this wacky smartwatch experiment and are intent on picking one up. You'll actually have the chance pretty soon, with pre-orders opening Sunday, October 7 at Best Buy, ahead of in-store availability on October 14. And you'll shell out a cool $450 to take one home.

Yes, that's four-hundred and fifty dollars. That's more than your base-level Apple Watch. And it's a heck of a lot more than the new Samsung Galaxy Watch.

So who's going to pay that kind of money for a wearable that lacks several popular smartwatch features, has a display layout that inevitably obscures on-screen content, and while it's far from the thickest, heaviest smartwatch ever, offers a design that is going to have a hard time competing in the style department with more traditional timepieces at the ~$500 level? As things stand, I just don't have an answer for that. I sure hope LG has some stellar marketing campaign in the works, because right now it feels like the W7 has a lot more working against it than it does for it.