Translate remains one of Google's true workhorse apps – it's not flashy or exciting, but many of us would be lost without it. The latest update is setting the stage to remove a longstanding feature, but suggests a pretty good alternative to take its place. Also buried in the strings is a line suggesting new support for regional translations, but it may or may not actually represent anything new. 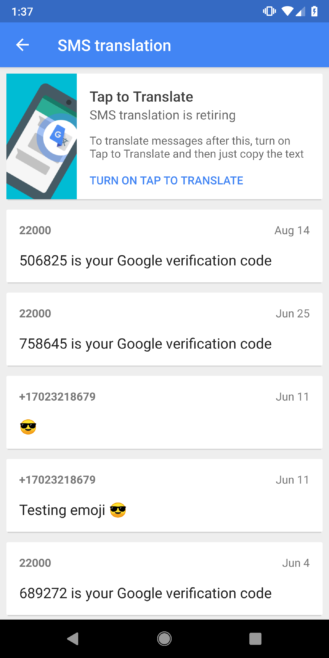 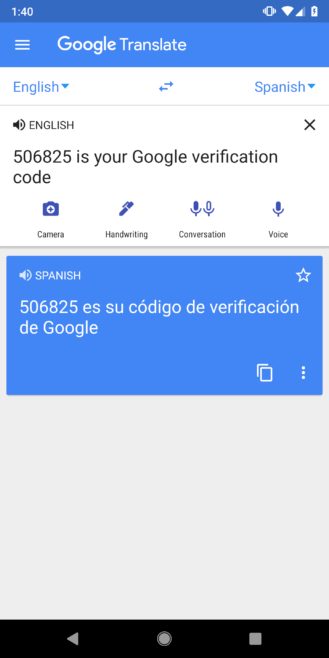 One of Translate's older features will be going away soon. According to a message appearing in the SMS translation screen, it will be removed at some point in the future. The message doesn't seem to be appearing automatically on every device, but toggling Tap to Translate on or off seems to trigger it. 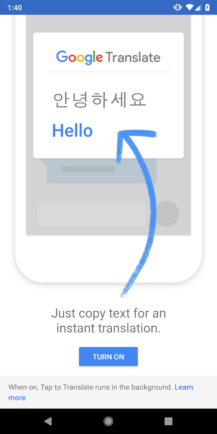 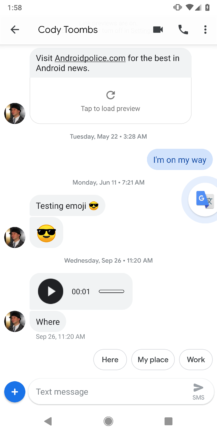 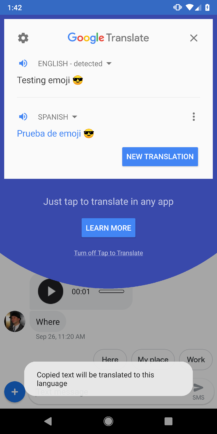 Don't worry, this feature may be going away, but Google is encouraging users to switch over to Tap to Translate as an alternative. Instead of switching from one app to another to perform a translation, you'll just copy the text of a message and use the floating interface to do the same job.

It makes sense to do this. Tap to Translate is a bit friendlier to use since it doesn't require switching back and forth between apps. Besides, it's also a universal feature that works for several purposes and across a wide range of apps while the SMS translation screen is only useful for the very specific use case of text messages.

There's a new line in the APK that advertises the addition of regional speech options for certain languages. Put simply, it sounds like there's support for a few common dialects in the speech interpreter. The list includes:

The message doesn't currently appear in the app, or at least it hasn't for me. Although, I'm curious why this line was added at all because it looks like these dialects and many others are already present in a section of the app settings. There are dozens of languages, each with at least two regions listed as options for voice input and output. 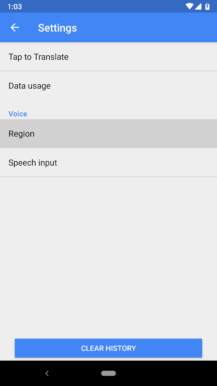 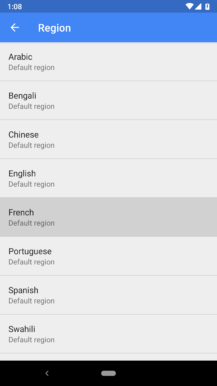 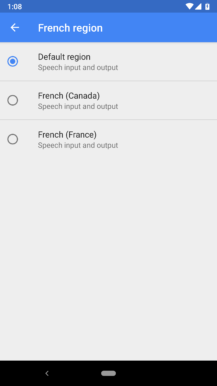 Perhaps the line above references something that will be detected automatically, or maybe there will be a new picker on the interface rather than choosing the dialects in the settings screen, but at this time there's no sign of these changes. Nevertheless, it may be something to watch out for.