Google has allowed developers to sell physical items from Assistant in the past, but now it's expanding that to digital goods and services. That means developers can sell things like subscriptions or in-game content via custom Actions without ever bouncing you out of Assistant. There are also improvements coming to Google sign-ins to make this process easier. And guess what? It's US-only to start. Shocking, I know.

Digital purchases in Actions could include things like premium subscriptions. Google uses the meditation Action Headspace as an example. You can subscribe to the premium version of the service by voice, choosing between monthly and yearly plans. Then, Google processes the payment with the card it has on file. Additional content experiences in Actions could also be locked behind a paywall. Again, Google offers an example—the Assistant-based game Castle Master can sell a $2.99 expansion pack of new scenarios and events inside Assistant. 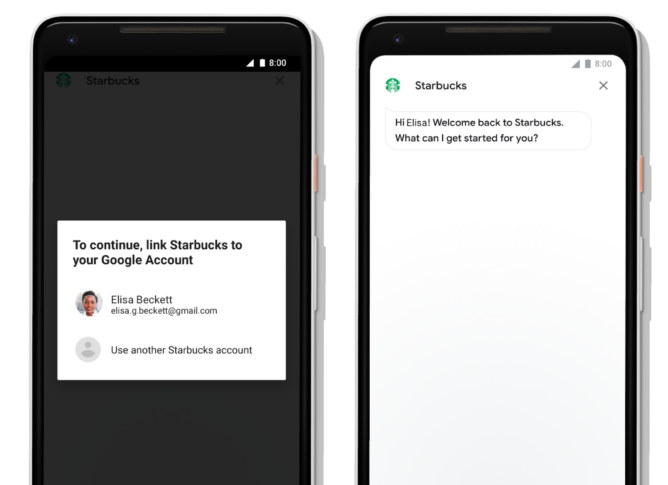 As part of this commerce expansion in Actions, Google has added new tools to help you sign into your account. Previously, you'd often need to enter account information manually when linking to an Action, but now developers can instantly link existing accounts or create new accounts via Google Sign-in with your authorization. Starbucks apparently already has this feature live in its Action.

Digital purchases will only work in the US at first, but other markets will get access "soon."