Over the past year, Google has been adding more Assistant functionality to the Chromecast. You can ask your Google Home to play a movie on your TV or see who's at the door, and the result appears on your TV. Google has already been selling the Chromecast and Home Mini in a bundle, but now the package is being renamed to the 'Smart TV Kit.'

The below image was posted to the Google Pixel subreddit by user LitheBeep, with the caption "Just got these bad boys in at work today." The packaging is similar to the existing bundle, but it has the unreleased third-generation Chromecast instead of the current model. 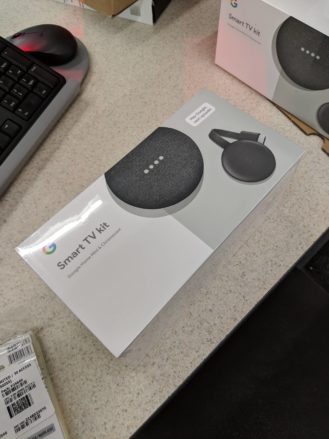 The poster didn't state where he worked, but the current bundle is a Walmart exclusive. You can find the original Reddit post at the source link below.

SuperSU has been removed from the Play Store