After the noteworthy release of Monster Hunter Stories earlier this week, it's surprising to see Capcom releasing another game on the Play Store, and this time around it's actually an original IP for mobile. It's called Black Command, and it is a military sim that's been designed in collaboration with Japan's largest military website so that it accurately reflects real-world military standards.

This is painful to watch, you have been warned.

Ugh, just when you think a company is actually making an effort to release quality games on Android, the very same week a free-to-play disaster like Black Command lands the Play Store. To begin, the graphics are pretty much nonexistent. Black Command looks like a flash game from the early 2000s. Symbols and colors on the screen represent different troops, and it all looks abysmal. I would hope those two guys in the video above were the only ones working on this title, because if it took a team of people to create this game, then I have no hope for Capcom.

But before I get ahead of myself, let me go over the gameplay. This is a military strategy sim displayed in a top-down view on top of a grid. You get to control where your troops move by tapping on that grid. You will want to strategically move your forces around your enemies so that you can get the jump on them when you attack. You have to perform this numerous times in a single stage to clear its objective. Now repeat ad infinitum. Well, you could if there wasn't a stamina system that halts your progress almost immediately after the tutorial ends. Each level costs a certain amount of bullets to play, and you don't start with many. Oh, and those bullets are also counting down with each enemy that you can't ambush inside of those levels, which means your bullets run out even quicker. After one or two rounds you won't have enough to continue playing, and you'll have to end your turn, which means the enemy gets to attack your base.

Are you starting to see a pattern here? Almost everything is weighed against you, and of course, the easiest way to alleviate all of your problems is by spending real money. I could be mistaken, but I believe that is the definition of pay to win.

Oh, and if the pay to win aspects aren't enough of a deterrent, wait until you experience the load times. For a game that has almost no graphics, everything takes 10-20 seconds to load. And I mean everything. This game is so slow, it's insufferable.

What's even funnier is the user reviews on the Play Store are pointing all of this out, one after another, and yet the top review is positive and doesn't have anywhere near as many thumbs up as all of the overwhelmingly negative reviews. How does that work? 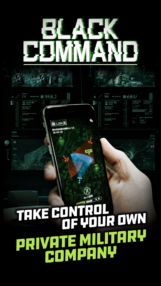 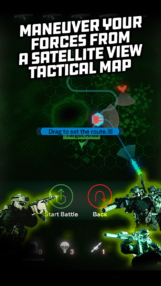 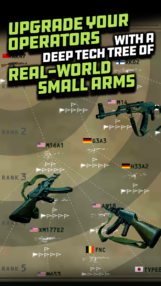 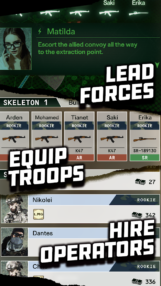 So yeah, there it is, Capcom's Black Command is a new IP from the company that fails on even the most basic of levels. I'm not sure what the company was thinking with this release. Well, that's not true, money is always the answer to these sort of questions. Capcom has some solid IPs on mobile, like the newly released Monster Hunter Stories, but Black Command does not stack up, not even in the slightest. 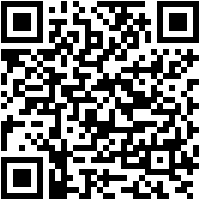 Black Command Invades iOS and Android Stores
Fight for profit is this modern day war game. Run your own private military company (PMC), travel to hotspots around the globe, lead an elite team of mercenaries, organize your troops, then dominate the battlefield!

To win fierce conflicts, players will need to hire the best mercenaries, acquire new weapons and equipment, and strengthen their PMC. Smart squad organization can expand potential strategies. Players can break through enemy lines with overwhelming fire power, or use stealth to eliminate only your target.
Game Features:Upgrade your forces with a deep tech tree of real-world small armsMore than 150 weapons Maneuver your forces from a satellite view tactical map.Gain a strategic edge by guiding you forces into flanking positions, pincer maneuvers and trapsDecide when and where your forces fight accross 10 conflict zones All-new and unique gameplayA diverse range of missions including search and destroy, assassination and combined arms engagements.Missions and mercs regenerate every time, for nearly endless gameplay

For those hoping Google's phones stay small, the Pixel 3 may be a savior