It’s been quite a while since we’ve heard the Sikur name, with the security-focused company last seen in February promoting its “hack proof” SIKURPhone. The company had 20,000 units available for pre-order, but they weren’t scheduled to ship until August. Like all its phones, the device essentially amounted to a very secure messenger and cryptocurrency wallet with few third-party apps.

Now Sikur is back, this time with Sony-branded hardware. The SIKURPhone XZ1 and the XA2 run SikurOS, which is a beefed up version of Android. Additional security is obviously the main selling point here, with Sikur advertising it as “the safest digital wallet on the market,” but the company can now can boast about the hardware design too.

Although the devices are basically older Sony models with a custom OS, the SIKURPhone XZ1 retails for $850 and has a 19-megapixel rear camera and a Snapdragon 835. Stepping down to the $650 SIKURPhone XA2, you’ll find a Snapdragon 630, half the RAM at 3GB, but a larger rear camera with 23 megapixels. Both feature the same security measures as the company's older phones. While previous models were extremely limited in terms of app selection, the company plans to launch a curated app store by the end of 2018. 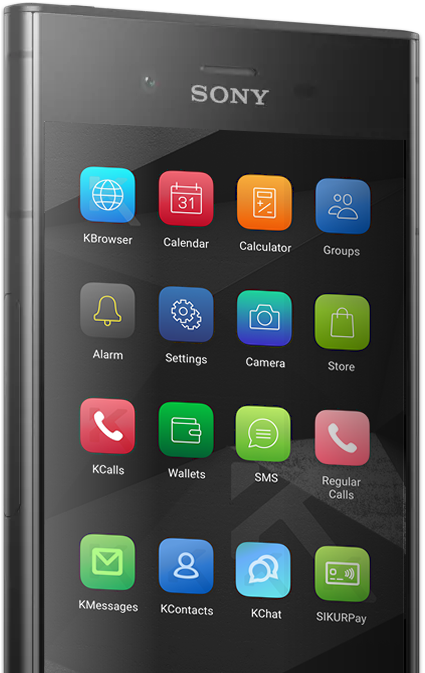 This won’t be Sikur’s first time partnering with another hardware manufacturer. Back in 2015, it teamed up with Archos for the GranitePhone, which of course ran GraniteOS. The GranitePhone was quite underpowered even for its time, especially considering its $850 price tag. The new Sony models should give customers a more premium experience while keeping the price point steady.

Both models come with access to the SIKURPlatform, a cloud-based suite of apps built with the same encryption found in the phones. With the desktop app, users can send and receive voice messages, create and edit documents, and make video calls. For enterprise users, the built-in management console provides remote management for devices and users.