LG stuck with the V30 longer than we expected, re-releasing the phone twice more after the original version shipped in late 2017. Now, it seems poised to move on with the V40 ThinQ, a device with more cameras than you'll know what to do with. A leaked render of the phone shows off three sensors on the back, and a pair up front housed in a notch.

The images posted by MySmartPrice show a phone that looks at first glance like the V30. Look closer, and you'll see there's a screen notch obscured by black bars, which is an option on LG's phones. The shape and size of the notch are similar to the G7, but there are two front-facing cameras in it. This may have something to do with face unlock. There's still a bit of bezel at the top of the phone along with a chin at the bottom. 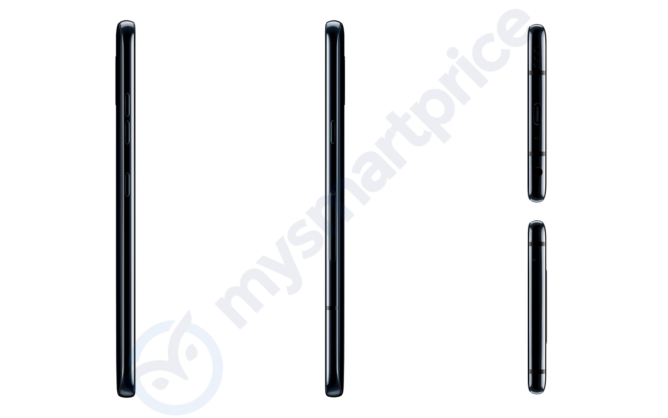 The back is where things get wild. As we posted previously, the V40 will have a three-camera setup. We cannot say from the images what all the cameras will do, but it's a safe bet there will be one standard camera and one wide-angle sensor. The other could be telephoto, monochrome, or something else. The leak also notes that the phone could be announced on November 16th, which is a bit later than V-series phones in the past.

Evan Blass has posted a new press render of the LG V40 ThinQ - or more specifically, the AT&T variant:

Kernel source code for the Nokia 6.1 is now available