One of the quirks that makes Google great is its fun-loving culture. Not only does it name its Android versions after desserts, but it also creates a unique statue for each. Lately, the designs have been getting on the staler side, but we thought Android's 10-year anniversary warranted a look back at our favorites. 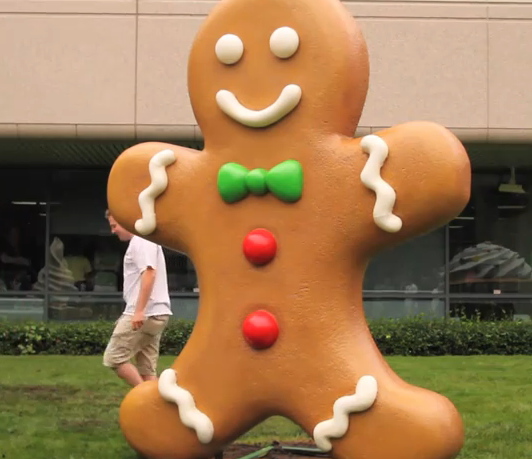 The gingerbread statue was created for Android 2.3 Gingerbread, which was introduced with the Samsung Nexus S and brought support for NFC. The statue itself is nothing crazy, but it's more interesting than the cupcake, donut, éclair, and fro-yo that preceded it. It's just fun to see such a large gingerbread man. 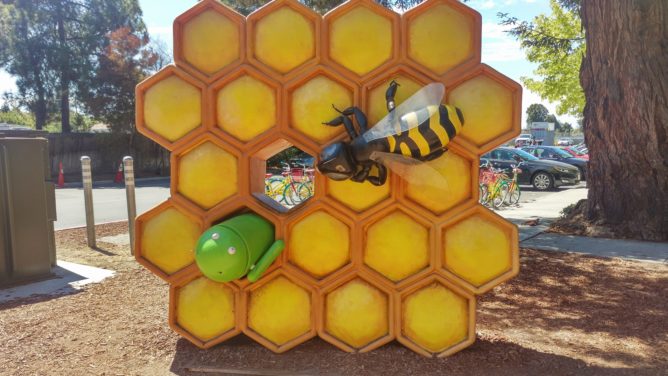 The short-lived Honeycomb, which was only built for tablets, was the first Android version to get a statue that actually had an Android robot in it. In it, the robot is sticking out of a honeycomb and staring down a scarily large bee. Pretty brave bugdroid, no? 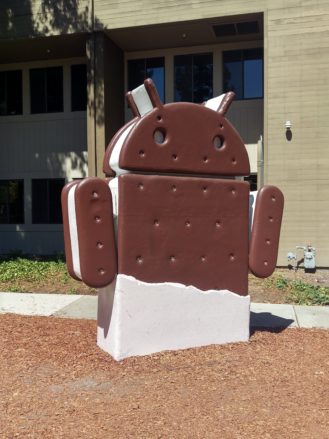 ICS's statue will forever remain a staff favorite. It perfectly integrates the ice cream sandwich aesthetic with the bugdroid body, unlike later statues (ahem, Nougat and Pie) that simply shoehorn the dessert in below the robot. Google, let's see a return to these types of statues. 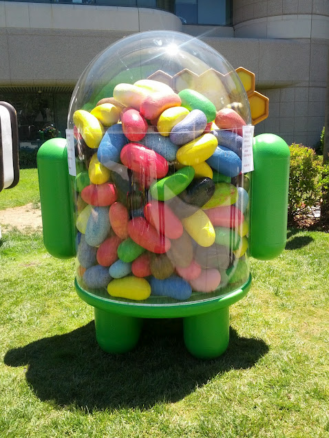 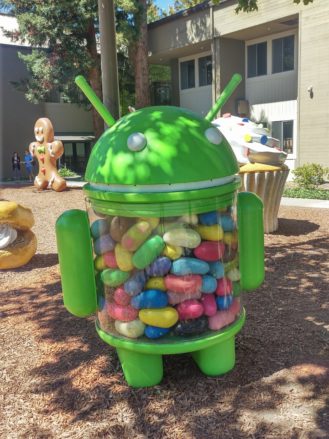 Fun fact: the creative Jelly Bean statue didn't always look the way that it does. If you look at photos from the unveiling, you'll note that the bugdroid's head is basically just a clear dome. However, said clear dome melted and popped off the statue in summer 2012 due to heat, at which point one of the "jellybeans" within was actually stolen. The statue was then repaired to the state that it's in today. 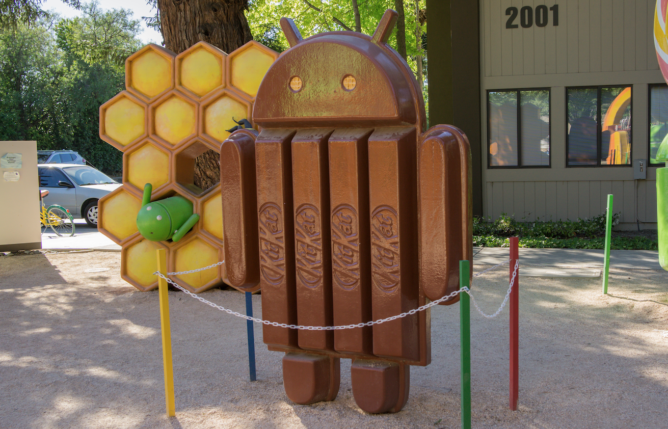 Android's first brand deal was struck with Nestlé for the KitKat name. The statue designers, thus, crafted a bugdroid out of KitKats. The body is composed of the classic four-wafer shape, and the arms, legs, and head have the chocolate wafer aesthetic as well. The uncoated wafer look for the eyes is a nice finishing touch. We also can't forget that the statue's unveiling brought us our first look at the Nexus 5.

Those are our five favorites. We know that our selections were consecutive, but this was the greatest time period for Android statues. And now, to finish everything off, here's a bonus picture of a statue that wasn't as presentable when I visited Google's Mountain View campus. 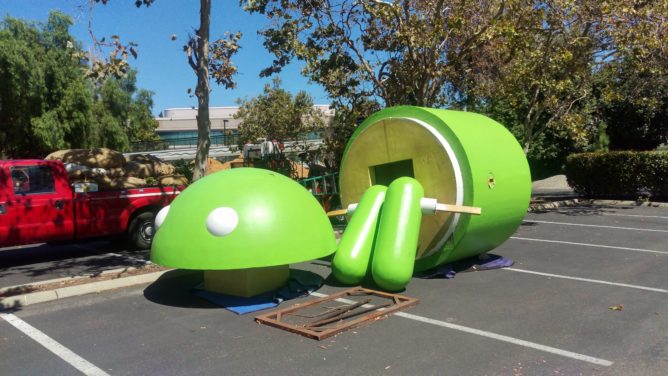 Harvest Moon: Light of Hope is out on Android

14 temporarily free and 38 on-sale apps and games for Wednesday, including Twilight Pro