We're exactly two weeks out from the October 9th Google event and unless the crazy conspiracy theories end up being true, there might not be too many surprises coming our way. Images of the Pixel 3 phones have leaked left, right, and center, and now we're being treated to the live wallpapers that will ship with them.

Thanks to MySmartPrice and Ishan Agarwal, it's possible to download 28 live wallpapers, some of which you might recognize from previous leaks. There's a mixture of aerial landscapes, ocean watercolor scenes, space views, and artistic swirls or bubbles. Various wallpapers react to different stimuli such as touch, movement, notifications, or even the music you're playing. Watching birds fly past mountains or a motorboat navigating the sea is pretty incredible on your homescreen. 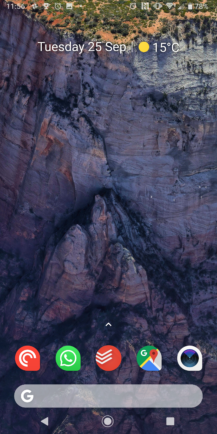 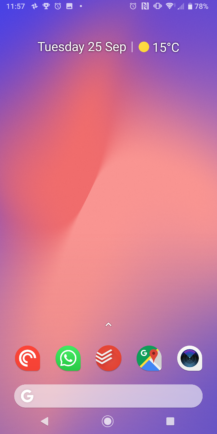 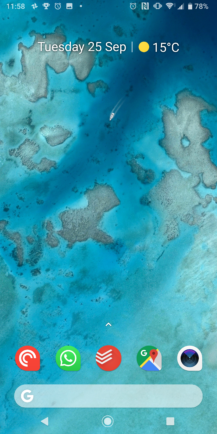 Two other interesting options show stylised silhouettes of New York and San Francisco skylines with the light changing in real time from day to night. There's also a mysterious Pixie in some wallpapers that "magically appears when your phone is at rest and goes on a journey when you unlock your phone" — whatever that means. 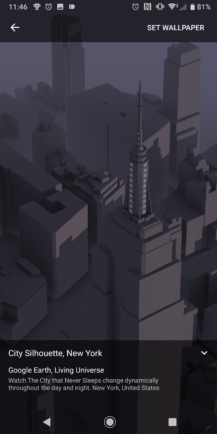 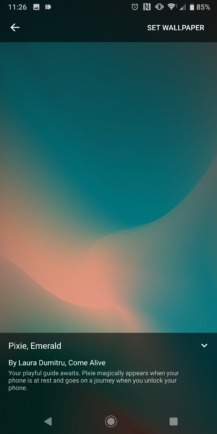 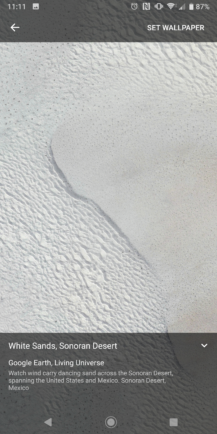 You might expect these wallpapers to only work on Pixel phones, but they should be compatible with pretty much any recent device (or at least the ones running Pie) (Edit: Definitely needs Pie!) since the libraries are included this time around — I'm using a Sony Xperia XZ3, for example, and they work just fine. 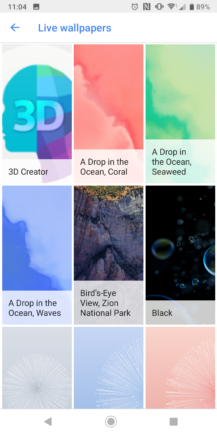 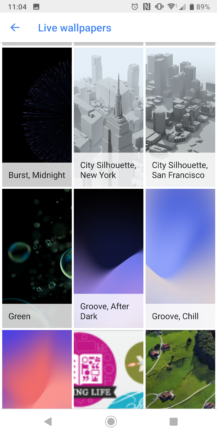 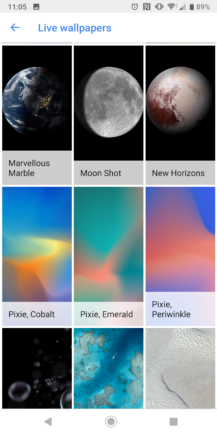 On this XZ3 they're mixed in with Sony's live wallpapers.

You can get them on your phone by downloading this APK and making sure you also have the Google Wallpapers app (below), then you should be good to go. On a Pixel, there will be new sections for each type of wall, on others you may just see a Live Wallpapers section with all of them.

As we've previously seen rumored, some of these live wallpapers also work with the Always On Display mode on current Pixel phones. Check out this tweet from @BryceYTS showing a couple of examples.

Hey @IshanAgarwal24, these work in the stock always on display on the Pixel running pie! Just like the Pixel 3 was leaked (@AndroidPolice @xdadevelopers) pic.twitter.com/qdWqLQFKdo

Furthermore, that mysterious Pixie mentioned in the description of some wallpapers seems to have something to do with AOD too, apparently showing up on the screen when it's locked. If anyone can capture that and share an image/video, that would be great.

I knew you'd come through — thanks to Ben Hen and Rohit Rodrigues for capturing the Pixie in the videos below. Isn't it cute...

The APK is now up on APK Mirror if you want a safe place to install from. While that one only works on devices running Android 9 Pie, there's already a port available for anything with 6.0+, from the same dev who brought us last year's Pixel wallpapers.

In related news, it appears the city silhouette wallpapers display another AOD trick that we didn't know about before...

@AndroidPolice the new pixel wallpaper has new cool feature I had the NewYork ones and when the phone is at sleep and whenever I get a new notification the always on display shows empire State building light up, try yourself .

And here's a video of the Groove wallpaper reacting to music...