Android 9 Pie has already arrived on a few phones, but many other devices are still waiting on promised Oreo updates. The LG G6 was updated to Android 8.0 earlier this year, and the company also promised upgrades for the V20 and G5. Oreo is now rolling out to the T-Mobile and Verizon variants of the LG G5, according to multiple user reports. 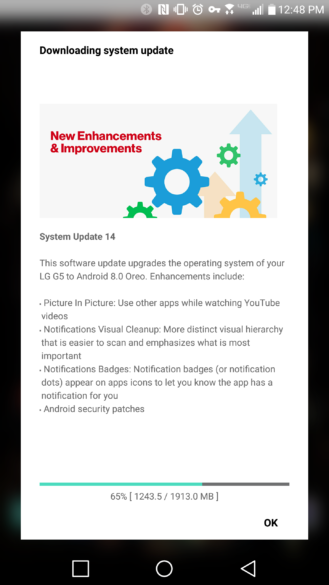 The OTA update includes everything that Oreo introduced, including Picture-in-Picture mode, notification channels, and improved battery optimization. The changelog also mentions security patches, but it's not clear what patch level is included.