After spending a week with the Jaybird X4, though, I'm reminded of what I was missing. By virtue of being wireless, they're miles ahead of any wired earbuds for exercising — they don't catch on gym equipment and pop out. And just as importantly, they sound pretty great. But those statements are also true of the Jaybird X3 (and even the X2), and that's kind of a theme here. 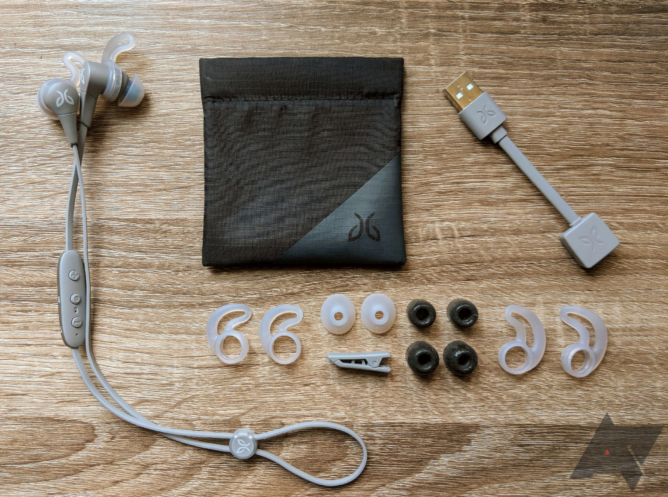 The X4 look a lot like the X3. They're two winged buds connected by a flat cable, in which the controller, battery, and microphone are embedded on the right-hand side. They're better looking than the X3, which have a silver Jaybird emblem on each earpiece. By comparison, these are sleeker. They come in three colorways: "Black Metallic/Flash" (black and yellow), "Alpha Metallic/Jade" (hunter green and mint green), and "Storm Metallic/Glacier" (gray and blue) — that Storm/Glacier model is exclusive to Best Buy and Jaybird's website. The accent color on each only appears on the insides of the earpieces and isn't visible during use, but it's a neat touch. All three colors are handsome.

Controlling media and calls is straightforward, and the X4 get a lot of mileage out of just three buttons. A long-press of the play/pause button turns the headset on, and a voice tells you it's connected and lets you know approximately how much battery is left (pressing either volume key while music is paused will also give you a battery update). Holding volume up or volume down skips forward or back in a playlist, and holding play/pause calls up the Google Assistant. Continuing to hold the button will power the headset off.

The X4 are Jaybird's first earbuds to be IP certified, with a rating of IPX7 (previous models also touted water resistance, but none were officially rated). They're safe in fresh water up to a meter deep for as long as a half hour. That doesn't mean you should swim in them, though. According to the manual, you should give 'em a quick rinse if they make contact with the ocean or a pool.

Jaybird's app is a returning strength from the X3. Having it installed will put a persistent notification in your status bar that shows an approximation of the X4's remaining battery life. You can also use it to tweak the earbuds' frequency response, adjusting lows, mids, and highs in real time. There are a number of built-in presets, and you can download more from other users, but setting your own is dead simple. Adjusted sound profiles actually save to the earbuds themselves, meaning they transfer between paired devices with no fuss. 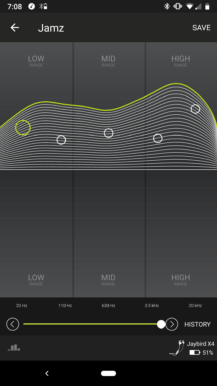 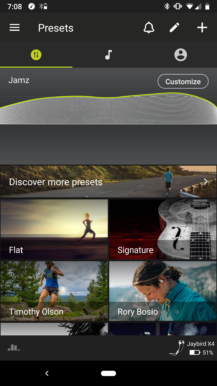 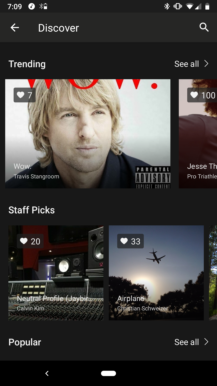 The Jaybird app makes it easy to fine-tune the sound of your earbuds.

In the box, there are four sets of earbud tips; two silicone and two foam, as well as three sets of fins. The X4's open fins are a marked improvement over previous models' honeycomb design; they're more flexible and are easier to keep clean with fewer nooks and crannies. Evidently, I have average-sized ears, because the fins and tips that came pre-installed suited me just fine. The headset also comes with a pocket-friendly pouch to store it in, and a clip to secure the cable to your shirt if you want to do that for some reason.

I was pleasantly surprised by the sound quality the X4 offer. The default setting is pretty neutral, if just a touch bass-heavy. Overall, sound is rich and textured without much distortion even at high volumes. Music — from the Strokes to Kanye West to the New York Philharmonic — sounds excellent, with good detail even in busy recordings. Snares have a satisfying pop, vocals are clear, and bass really rumbles, especially if you turn it up using the accompanying app.

Likewise, call quality exceeded my expectations. Callers sounded fine and reported to hear me clearly, despite the microphone hanging down on the side of my neck. Movement caused a rustling sound that both I and callers could hear as the mic jostled around, so don't expect to carry on a conversation on the treadmill (you probably shouldn't do that anyway).

If I have to nitpick, the X4s struggle slightly when it comes to higher-frequency tones — they're just not as prominent as they should be. After a point, cranking the high end of the equalizer only seems to dampen the bass rather than truly boost the treble, but that's a minor complaint. 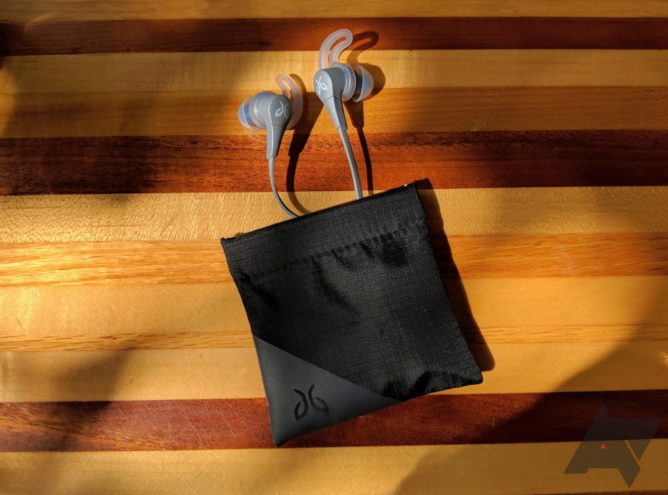 Yes, if you're an active person looking for a solid pair of wireless earbuds. They may not be as sexy as some of their fully wireless competition, but they sound great, they're durable, and with the included accessories, their fit is highly customizable. Beats working out in AirPods.

Jaybird claims the X4's battery will go eight hours on a charge; anecdotally, a full battery saw me through five hour-ish-long workouts and a couple hours of listening at home before dying halfway through my sixth trip to the gym. (The Jaybird app reported the battery level as six percent just a few seconds before they gave out, while Android pegged it at 10 percent.) In a slightly more precise test, I saw the X4 pump out six hours and 55 minutes of continuous music at half volume. Eight hours does seem like a stretch, but if you're only using them at the gym, the X4 should easily get you through a week of workouts. If you're also listening at home or on a commute, you might need to top up mid-week. In my experience, they go from zero to a hundred in a little under two hours.

It's a blessing that you won't be charging the X4 too often, because the charger is, in a word, bad. It's a four-inch dongle that goes from USB Type-A on one end to proprietary clip on the other. It's easy enough to use — clip it on, plug it in, and that's it. However, full-size USB ports are becoming less common. In 2018, it's entirely plausible that someone could have, say, a newer MacBook and a Pixel, and have to hunt for a compatible port to charge the X4. Charging your earbuds using your TV or PlayStation is hardly convenient — so is using an adapter. At least with the X3, the short cable attached to the clip via microUSB. I would've liked to see that design updated with USB-C, but no dice. 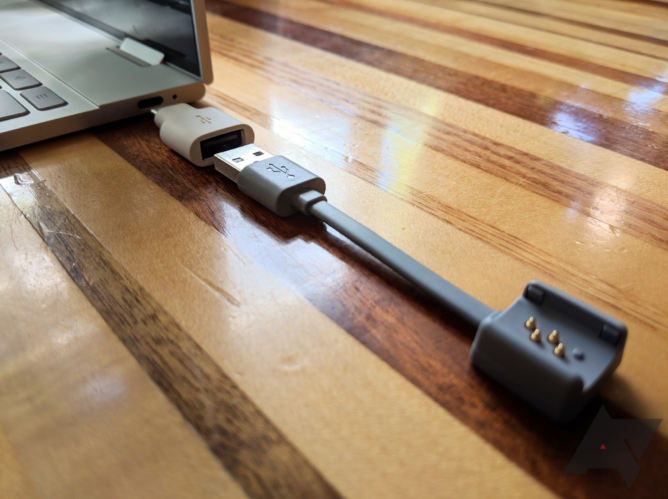 It didn't have to be this way.

I'm also not crazy about the X4's new cinch. Older Jaybird earbuds had two clips on the wire that allowed you to adjust the length and keep slack under control. The X4 only has one, and while it's simpler to use, it makes it harder to get a fit that's just right. It also gives you a sort of wire ponytail when it's drawn in tight.

If my complaints sound specific and insignificant, though, it's because they are. These things are really good. But then so are the X3; if you have those kicking around, these aren't worth the upgrade. If you don't currently own wireless earbuds, though, you'd do well to give the X4 a look.

If you're in the market for high-quality, athletic-focused Bluetooth earbuds and aren't bothered by proprietary connectors or a cable tethering the two sides together.

If your older Jaybirds are still in good shape. The Jaybird X4 are great, but there's not a lot here that the X3 don't offer. 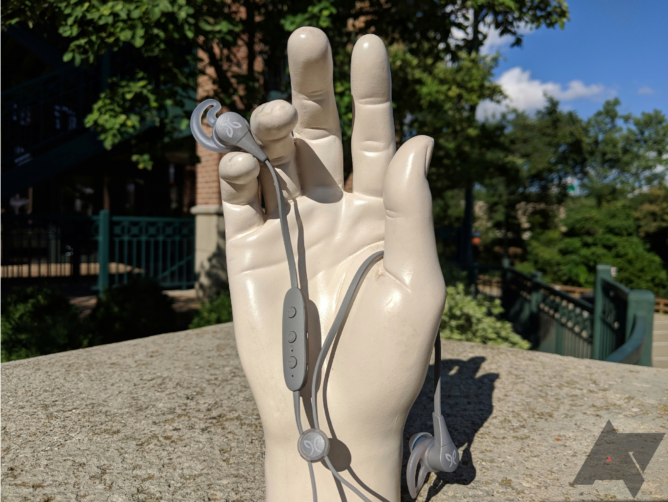 ZTE put a screen on the back of the Nubia Z18S, because why the hell not

Withings is back with the Steel HR Sport, a hybrid smartwatch with advanced multisport tracking