The long-awaited Linux support for Chromebooks has just hit the Stable channel. According to the Chrome Releases blog, the consumer-facing release channel is in the midst of being updated to v69, which includes Linux application support — at least, on compatible devices. The update also includes other features, such as a refreshed UI for browsing the filesystem, expanded dictation support for text entry, red-tinted Night Light, and some tablet-centric tweaks (among other smaller changes).

Chrome OS v69 also marks the final transition of Chrome OS to the so-called "Material Design 2.0" interface. Starting with v67, Chrome OS inherited a "touchable" layout. v68 expanded on that with intermediary Material interface elements, and v69 finishes things off with the rounded rectangular tabs — among other more minor tweaks like padding changes. 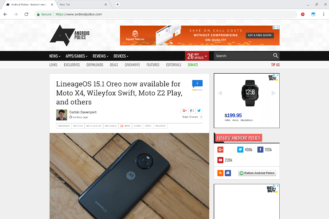 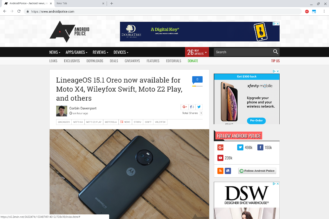 The full changelog for v69 as it hits Stable channel is just below:

The big takeaway for the v69 update is, of course, the Linux app support, as well as the final touches on the Material 2.0 redesign, but smaller tweaks like Night Light and expanded dictation should improve usability and accessibility for the platform as well. Tablet-specific improvements like swiping to close apps in the overview and the "behavior unification" should come in handy for Chrome OS' expected tablet future, as well.

The blog post detailing the update notes that it may take several days to roll out, and that appears to be the case. I just got v69 on my Pixelbook within the last 20 minutes. (As an aside, v69 includes a touchpad firmware update for the Pixelbook, so don't freak out if it restarts more than once while updating and don't mess with it while it flashes the firmware.) The list of devices reported to be seeing the v69 update to Stable compiled by the folks at Chrome Unboxed is pretty short at the time of writing. 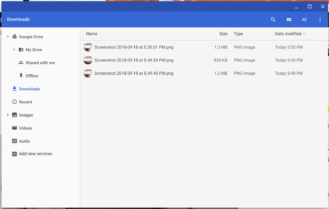 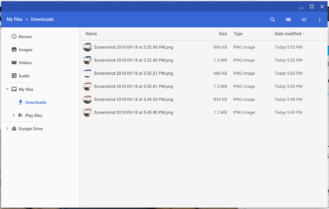 Based on that list, almost none of the devices expected to support Linux apps are receiving the update yet. Because Google lists compatibility via board name, it can be tough to wade through the two lists to compare, though.

The v68 update was previously delayed for the Pixelbook, and Linux app support has already been pushed back one release, so I wouldn't be surprised if there were additional delays associated with the v69 rollout for some hardware platforms. We'll know over the next couple days as the update propagates. And in the meantime, you can read over what it's like installing Linux apps on Chrome OS and check out a few of our favorites.