OnePlus and Google have just announced a new game called Crackables, featuring a mix of real-life and digital puzzles. Various rewards will be dished out along the way, with an "ultimate gaming setup" worth $30,000 going to the grand prize winner, though the route to get it doesn't sound easy. If you're interested in playing, the game officially begins tomorrow, September 18th at 8AM ET.

Players of Crackables will be competing with one another to solve a series of puzzles, both skillfully and quickly. The first 1,000 players to make it through the opening three challenges will advance to a final round, for which they'll be sent the physical microcontroller they need to continue in the competition.

The game was penned by Sleep Derivation Lab, home of the lead designer and writer of such gems as Red Dead Redemption, so the plot should be a bit more exciting than your standard puzzle game fare. OnePlus also got a helping hand from creatives at the APAC division of Google Zoo for what should be a pretty unique experience. 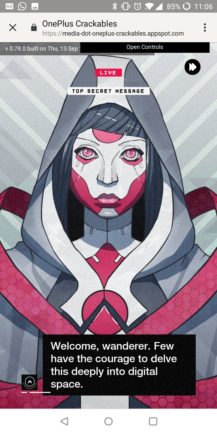 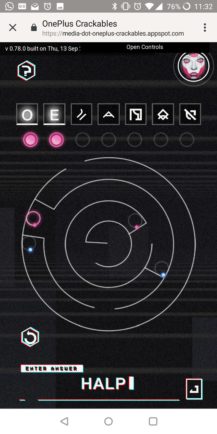 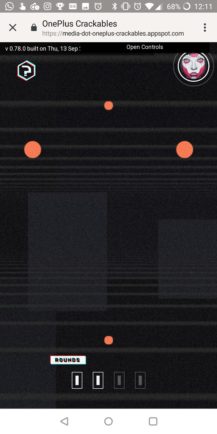 We got early access and in my brief time checking it out, I was mostly chatting with a robot named Crax who gives you the backstory and introduces the first puzzle. I won't spoil any of the finer details in case you want to get involved, but it seems equal parts entertaining and infuriating, as you'd expect from a puzzler with such an extravagant prize.

The game will be accessible at Crackables.oneplus.com from 8am ET on Tuesday September 18th, and you'll need to use a mobile device to play it.

OnePlus launches Crackables – a series of crypto-challenges for gamers around the world
Players will have the opportunity to win a $30,000 ultimate gaming setup and other prizes along the way
San Francisco – September 17, 2018 – OnePlus announces Crackables today, a limited-time game created together with their friends at Google.
The company’s commitment to providing a fast and smooth user experience has helped to create the perfect platform for mobile gamers. As one of the few smartphone companies who offer up to 8 GB of RAM, OnePlus appeals to power users at both hardware and software levels.
With its tech-savvy users in mind, OnePlus, in collaboration with Google, has developed a challenging series of Android-based crypto-puzzles, open to anyone to participate.
The game was written by Sleep Deprivation Lab, and is comprised of a series of compelling puzzles that need a combination of skill and speed to complete.
Players will be guided through a series of puzzles, both digital and physical, in order to keep progressing. Only the first 1000 people to make it through the first 3 challenges will qualify to continue and have the microcontroller sent to them to become a potential winner.
There will be opportunities to win prizes at multiple stages in the game, but only 1 will be awarded the grand prize, an ultimate gaming setup, valued at $30,000.
It’s a race against the clock and the timer begins on September 18, 8am ET. Experience the game for yourself here: https://crackables.oneplus.com/
FAQ
What was Google’s role in this campaign?
Can the game be played on PC?
Do I need to download an app to play Crackables?
What are the prizes?
Can those with early access to the game compete for prizes?
What is Sleep Deprivation Lab?
Who wrote the Crackables challenge?