Last year, Apple's iPhone X literally changed how the company's customers used their phones, dropping such steadfast design choices as the home button and fingerprint sensor in pursuit of that all-screen dream. Yesterday's announcement wasn't as shocking, but it did democratize 2017's changes with the new, more affordable iPhone XR. In its own way, Apple is set yet again to change how its customers use its phones by delivering most of its flagship features at a new, more palatable price.

The XR and new, high-end XS might not have the same hype as last year's iPhone X, but they will probably dominate the conversation in tech circles for the next week or so, and again in the lead-up to Google's October response. And the new "mid-range" phone isn't the only noteworthy thing to hit the wall at Steve Jobs Theater yesterday.

Considering the impact it would have, many of us here at Android Police watched the event (live and later), and we each walked away with our own opinions. Now that the dust has settled a bit, here are four takes on Apple's 2018 iPhone event.

Apple has announced new iPhones, and while we don't cover Apple specifically, the phones we do cover are always affected by what Apple does. Remember last year when we all rolled our eyes at the iPhone X notch? Well, look at what most Android phones are sporting this year. Yep, a big ol' notch. This time around, there is no iPhone without a notch. If you hated that design aesthetic, I'm sorry to say it's not going anywhere. 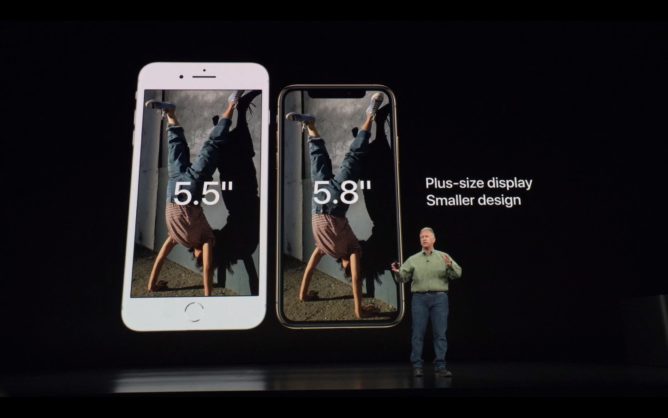 Are Android device makers just slavishly copying Apple? Maybe in part, but it's also about letting Apple take the PR hit. Apple removes the headphone jack, people complain, but Apple gets away with it because it's Apple. A year later, Android OEMs feel confident they too can drop the headphone jack.

So, what do the 2018 iPhones signal for Android? Apple is now done with Touch ID—even the "cheap" iPhone XR has Face ID. Thus far, face unlock on Android has been rudimentary at best, but I think it's only a matter of time before new sensors make Face ID clones viable. Sure, in-display fingerprint sensors are coming, but maybe those won't work as well as we all hope. I can envision a future where face unlock becomes the default on Android as it now is in Appleland. Apple got away with ditching the fingerprint sensor, so eventually, Android OEMs will try it as well.

Apple got away with ditching the fingerprint sensor, so eventually, Android OEMs will try it as well.

And about the "cheap" iPhone; I'm sure people who buy the best iPhone they can get will go with an XS or XS Max, but the XR is going to become the de facto iPhone for the masses. $750 is a lot for a phone, but it's pretty good for a new iPhone that has many of the same specs as the more expensive version. The XR has an A12 chip, Face ID, and it comes in pretty colors. Apple is going to sell boatloads of these phones. Sure, it has an LCD rather than OLED, and the bezels are a bit larger than the XS. Still, have you seen the terrible job most Android OEMs are doing with screen notches? The XR's design puts some very expensive Android phones to shame. 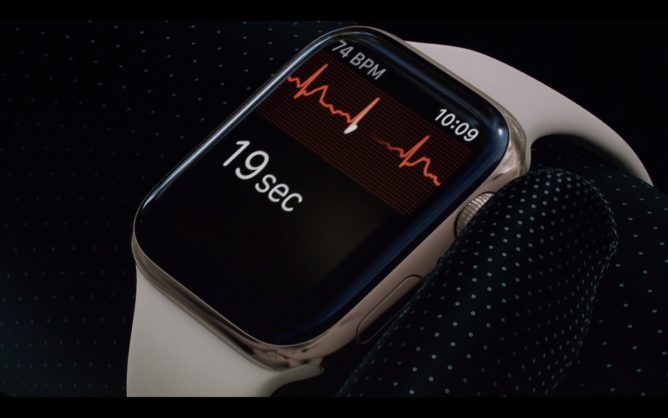 Let's also touch briefly on the Apple Watch. It isn't the prettiest device (in my opinion), but it nails the health features. The new Series 4 has a damned EKG! Apple undeniably cares about the Apple Watch, and I've had many occasions to doubt Google's commitment to Wear OS—this is why Apple is winning the wearable war. It improves the hardware and software at a furious pace. Google relies on third-parties to make smartwatches with Wear OS, and right now that means Fossil Group and a few other "fashion" brands are propping it up. Tech firms like Asus, Huawei, and Motorola have stepped back from Wear OS, and Fossil is never going to innovate on hardware like Apple does (or Google could).

I'm reluctant to get too caught up in the inevitable comparisons between the iPhone and Pixel models. Let's be honest, Google may be designing Pixels to compete with Apple, but Apple is competing with Samsung, and Apple's people are feeling pretty good this year. Why?

No matter what anybody says, the iPhone X was an experiment. Apple tested the waters in a big way by removing the home button, adopting a notch, trading a fingerprint sensor for facial recognition, and more. The customer base ate it up, and it's not like the majority of Android OEMs haven't been following along. So yeah, of course Apple's people are happy, this year was proof that they're still telling most of the industry where to go next.

Apple spent more than an hour talking about the iPhone, and barring a few subtle points, it was more of the same. The CPU and GPU are faster, the camera is better, the augmented reality is AR-ier, and so on. We've heard it all before. But none of this really matters, because iPhone buyers are going to buy iPhones, and Android buyers are going to buy Android phones. Nothing in that presentation will turn anybody. If anything, it was meant to convince existing owners to upgrade earlier than they need to. Apple even reminded people that they can trade in old phones without being environmental terrorists. (And let Apple profit off of it in the meantime... shhhhhhhh!)

No matter what anybody says, the iPhone X was an experiment.

The camera does genuinely appear to have made some progress. Apple has clearly taken lessons from Google about doing smarter things with software. And while I won't make a guess about which is on top, it looks like the iPhone has at least restored itself as a phone for photographers. Of course, a discerning eye can still pick out where those professionally shot photos have some processing flaws, so we'll have to see how things shake out in real world conditions. 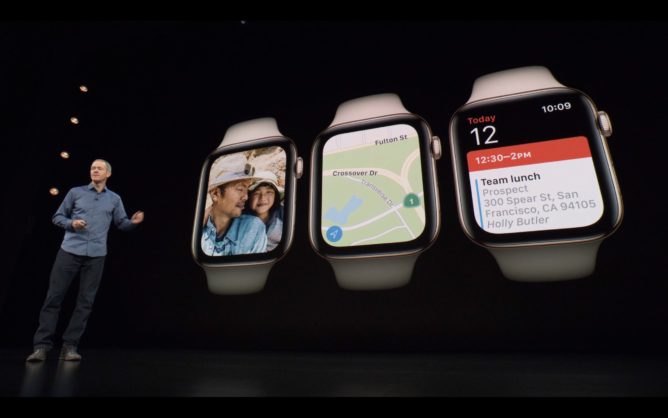 But through all of this, I feel like the real winner of the show was the Apple Watch. It's looking really good. Forget that it's square – we all know that's a crutch argument – I'm talking about the smart part of the smartwatch. Intelligent detection of falls and other medical emergencies, long-term health tracking, solid workout detection, a mother-freakin' ECG... Are you kidding me? This is awesome.

I've always been confident these things would come to smartwatches and demonstrate just how fundamentally valuable wearables could be to regular people; but I always expected Google to be the first to deliver at least one or two of these. Remember when Wear launched and we all laughed at Apple for launching a full year later? Watch yesterday's presentation and tell me you don't feel like the tables have turned. If there was ever a time that we need to see a Pixel Watch, or any big jump forward for Wear OS, it's right now.

I hate to make the (bad) joke, but it's an apples to oranges comparison when contrasting iPhone announcement events with Samsung or Google's phone reveals. Apple and the Android OEMs might be competitors in the phone market, but when it comes to pure marketing, Apple competes with no one. And let no one say otherwise: events like yesterday's — and Google's upcoming October event in NYC — are nothing more than marketing.

The intangible benefits of iPhone ownership continue to exceed Google's

Even with that in mind, it's hard to walk away from yesterday's spectacle with a critical opinion. I might not be a fan of iOS or some of Apple's consumer-unfriendly practices, and nothing yesterday was revolutionary, but the company is still pushing the envelope in ways Android manufacturers just haven't. We're now two releases into Apple's Face ID biometric identification system, and Android OEMs still don't have a real answer. They've got the notch, but they can't walk the walk, and it's starting to get annoying suffering the consequences of a display cutout without its benefits. As a materials snob, I'm also incredibly envious that Apple's been pushing stainless steel for the last two years while Android has languished on aluminum — with and without glass, of course. And Apple's wearable might not be my style, but at least it isn't reinventing how it works every year.

Not that Apple is ahead in everything. I got to sit through a ten-minute long explanation of HDR+ while Apple spun it as something new and unique, in nearly the same breath that it advertised adjustable bokeh/background blur as something that "has not been possible in photography with any kind of camera." Breaking totally new ground there, Apple. 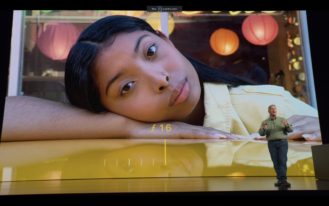 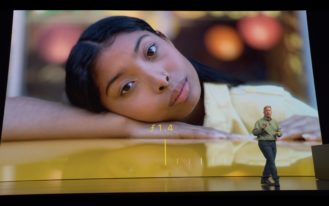 But Apple is unarguably delivering a premium product with both the new XR and XS, and XS Max. I know we laugh at how $749 is "affordable," but compared to Google's ballooning Pixel prices it is, and neither has to suffer a notch without a reason or LG's mediocre OLED displays. Combined with Apple's stellar update policy and extensive retail presence/support network, the intangible benefits of iPhone ownership continue to exceed Google's sad update policy and no in-person support (for now).

Hey Google, how about stepping things up on the next Pixels? Not the Pixel 3, I think those details are already pretty much set, but maybe next year? Seeing what Apple offers for the money, I'd like to get a bit more from the Pixels (or spend a bit less).

Apple announced three new phones at its September 12th keynote but only one has really captured the public's attention — the iPhone XR. Why, you ask? Is it because of any particular innovation, any standout spec? No, it's neither of those things. It's because people can actually afford to buy it. 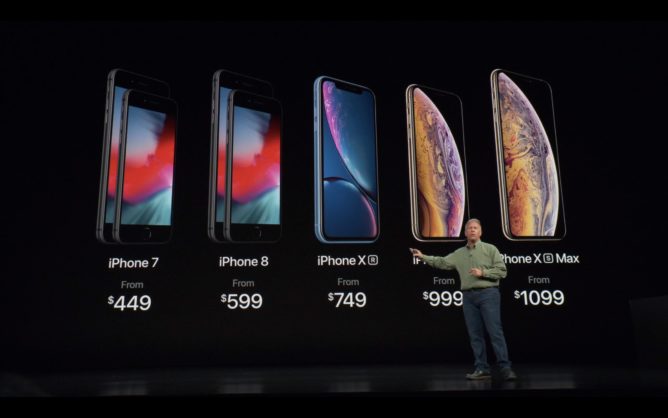 $749 is still, in case I need to say it, a lot of money. It's not even what we'd generally classify as a mid-range phone. Don't get me wrong, it seems like a nice device, but I think what's depressing is what this reveals about the smartphone market in general. The response that this device elicited (excited tweets, headlines focusing on price), show that while hardware innovation is stagnating, pricing is becoming untenable.

Don't give Apple the satisfaction of selling you a $750 phone and telling you it's cheap.

No one can actually afford $1,000+ smartphones. That's why we're literally coming up with ways to pay double monthly installments on them. But that's becoming the norm, and it's due in no small part to Apple pushing the market higher with each keynote. Friends, buy a OnePlus. Buy an Asus phone. Buy another reasonably priced Android phone on the internet somewhere. Don't give Apple the satisfaction of selling you a $750 phone and telling you it's cheap.

Cynical pricing rant aside, I'm not sure how much more there is to say. What looked most compelling to me was the new Apple Watch Series 4, which really made a case for itself being a health and fitness tracking leader with the addition of electrocardiogram (EKG) technology for heart monitoring, as well as emergency alerts for falls.

Oh, and one more thing. That whole thing where Apple isn't packing headphone dongles with its $1,000+ new phones? That really sucks.

The OnePlus 6T will ditch the headphone jack