Samsung Internet is a popular alternative to Google Chrome on Android, and not just because it ships on every Samsung device. It gets a lot of things right and its developers are quick to introduce new features. The latest update to the stable channel brings it up to v7.4 and offers a few improvements over the v7.2 release.

We saw some of these new additions already in the 7.4 Beta, including a new Reader Mode, support for Samsung's Intelligent Scan authentication, and a better Download History section. If you're in the US, there are also a couple of other new things.

First up is Quick Suggest, a personal shopping assistant that surfaces related articles, offers, and reviews based on what you're looking at. It also includes the same cashback offers enjoyed already by Samsung Pay users. Don't worry, it's turned off by default, but you can switch it on by going to Menu > Extensions and enable Quick Suggest. 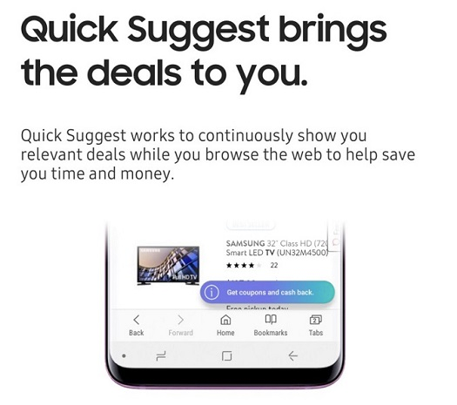 The other major new feature is News Push, which serves push notifications for the latest stories from sources such as CNN, Reuters, and BBC News. You'll be taken through to the Samsung News site to read the articles in a clean, ad-free environment. This is also an opt-in feature, so head to Menu > Privacy & enable “Receive news notification” if you want to turn it on. First-time users will be offered it as part of the setup process. 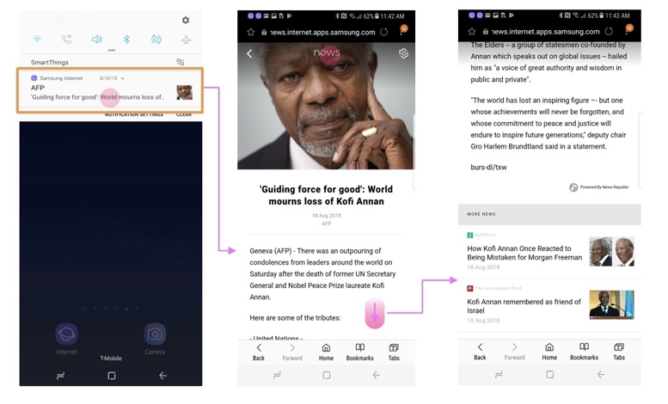 You can download the Samsung Internet v7.4 update from the Play Store; alternatively,  we also have it over at APK Mirror. The Beta channel of the app has already been updated to version 8.2, with improvements such as faster file downloads and a Do Not Track privacy option among those being tested.