For years, fans and analysts alike have clamored for Apple to release a proper "mid-range" iPhone. Today, they finally got what they wanted - sort of. The new iPhone Xr represents an entirely new direction for the iPhone lineup, and one that poses a serious threat to "flagship" tier Android phones that lurk anywhere above its $749 MSRP.

While you may be thinking "there's nothing 'mid-range' about $749," be reminded that the iPhone Xs and Xs Max cost $1000 and $1100, respectively, making the all-new Xr a fairly significant price cut in Apple terms. It's also not even the smallest iPhone: the Xr features a 6.1" LCD (the Xs is a 5.8" OLED, the Max is 6.5") that Apple claims will wipe the floor with any other in terms of color accuracy, and given their history, I believe them.

The Xr isn't another iPhone 5C moment - it has the same A12 Bionic processor as the iPhone Xs, basically just doing away with the secondary telephoto camera and stainless steel body, exchanging the latter for a selection of colorful anodized aluminum and glass finishes that are absolutely gorgeous. Apple is making a yellow iPhone. Violet, schmiolet, Samsung - this is an interesting color for a phone. And yes, the Xr features the same Face ID technology and starts at the same 64GB of storage (it's worth noting that it's unclear if the Xr has as much RAM as its siblings at this point). This isn't some artificially feature-limited phone.

And that presents a real threat to Apple's Android competitors. Particularly, Google's upcoming Pixel 3 and 3 XL. 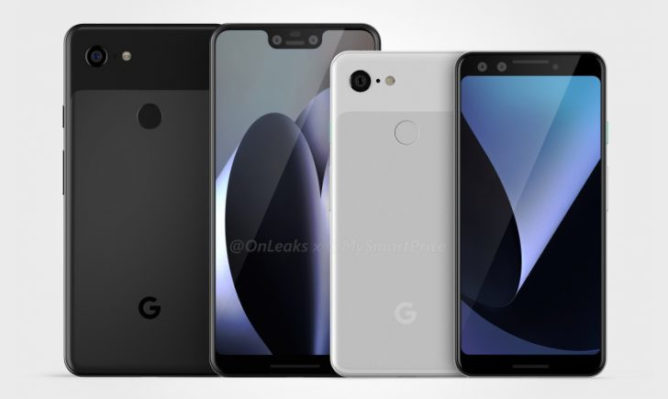 These CAD renders are probably the cleanest look we have at the Pixel 3 and 3 XL so far.

The smaller Pixel 2 last year started at $650, but its dated and comparatively crude design made that feel like less than a bargain. The much larger 2 XL, though, was priced at $850, which was considered steep even with the $1000 iPhone X having already debuted a month prior.

Google may find comfort in the fact that Apple's new "big" flagship phone is giving them $350 of headroom compared to the price of last year's Pixel 2 XL, but they'd be embarrassingly naive to think the new 3 XL is a direct competitor to the iPhone Xs Max. The Xs Max is Apple's halo product, a phone for the customer who is clearly already going to buy an iPhone, and tends to buy the "best" iPhone at every upgrade interval. The features it affords over the slightly smaller Xr - a second camera, stainless steel frame, 512GB of maximum storage, and a bigger, better OLED display - are luxuries. They aren't make or break items, and all three phones will receive the same level of support from Apple down the road, so the software experience across all three should be basically identical.

Google's larger Pixel will be doing battle directly with the iPhone Xr - and for once, Apple is coming in with a very likely price advantage.

No, Google's larger Pixel will be doing battle directly with the iPhone Xr - and for once, Apple is coming in with a very likely price advantage. At 6.1", the iPhone Xr will slot evenly between the Pixel 3 (5.4") and 3 XL (6.7") based on what we know right now. That actually puts the Xr in a size sweet spot - not a "small" phone, but not a massive brick. I've heard complaints about the Pixel 2 XL's size regularly, and all signs (i.e, CAD measurements) point to the 3 XL being just as large this year. I also think the chance the Pixel 3 XL will be cheaper than the 2 XL is effectively zero - Google may even raise it, we'll see.

And what else do we know about Google's new phones? They'll have the same chipsets as every other flagship phone this year (the iPhone Xr features a next-gen 7nm chipset, the A12 Bionic), the big one will have a big display notch, and they're sticking with a single rear camera layout. Upgrades like wireless charging and an apparently machine learning-powered dual selfie camera setup are nice, but they aren't the kinds of things that will make the Pixels stand out in a crowd. 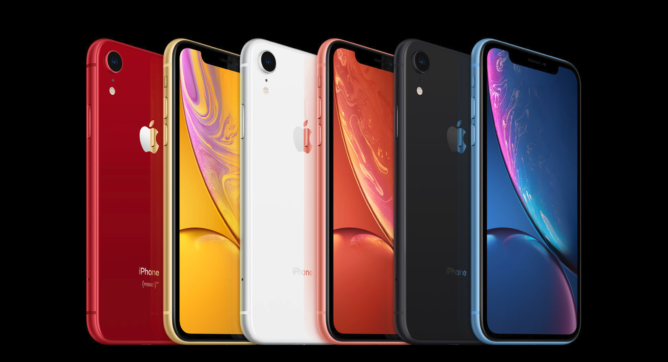 With six colors to choose from, the iPhone Xr is easily the most visually interesting iPhone in years. There's no way the Pixels will be offered in such a wide range of hues.

The issues for Google don't end there: Apple is still king of the hill when it comes to sister products. The company will be heavily pushing the new Series 4 Apple Watch (and the now-$279 Series 3), which is probably the biggest hardware leap for the Apple Watch since, well, the Apple Watch. Google has explicitly ruled out the possibility of a Pixel smartwatch this year, leaving them without any wearable story to tell at all (sorry, old and tired Wear OS watches are not a proper Apple Watch analog). At the very least, we are hoping to see a proper Airpods competitor from Google in an updated Pixel Buds launch in October, but we just don't know yet.

And the iPhone, as always, will come with significantly better customer experience, too - you can get support at an Apple store, getting a damaged phone fixed is a much more expedited process, and you're guaranteed to have a wider range of accessories and cases to choose from.

All in all, it's hard to see Google building a product narrative that makes the new Pixels all that appealing as an iPhone alternative (which they've clearly been positioned as). Apple really came out of left field with the iPhone Xr this year, and there's no way Google was able to fully anticipate that, let alone have time to react to it in the product portfolio. Not only might Apple's phone be the the better buy on technology and ecosystem this year, it could very well be the better one in the monetary sense. And that's bad news for the still-learning, still-growing Pixel program.