When Nokia sent out its last Android 9 Pie developer preview at the beginning of August, HMD Global CPO Juho Sarvikas proclaimed on Twitter that it would be the last one before the final stable version, due this month. The company must have hit a slight snag, as it's now pushing out another point release even though the final build was expected this month. 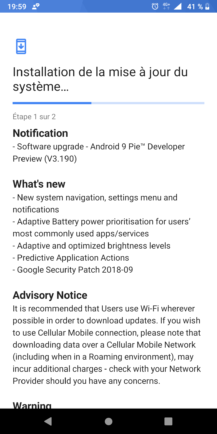 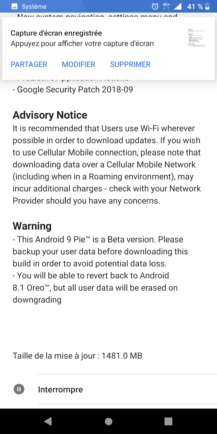 A couple of tipsters let us know that Beta 4.1 (otherwise known as v3.190) was hitting their Nokia 7 Plus devices, including the September security patch among a few other improvements. The changelog above mostly relates to features that already came with the 4.0 update, such as gesture navigation.

According to users on this Google+ post, a non-removable At a Glance widget has been added to homescreens (like we get on Pixels), up and down arrows now appear inside the status bar WiFi icon, and the aptX codec has now been enabled.

Hopefully, this won't delay the launch of the stable Android 9 Pie release by too much — it's possible some small issue needed to be ironed out and that Nokia wanted to be completely certain about it. For now, users will just have to wait and see if final Pie still arrives this month, as promised. If you've not yet signed up to the Nokia Developer Preview but you'd still like to, you can do so here.