At this point, we're pretty sure that Google is going to release not one, but two new Chrome OS devices at its NYC hardware event on October 9. There have been persistent rumors about an updated Pixelbook with smaller bezels, but there's convincing evidence to suggest we will also see a tablet with a detachable keyboard (please call it Pixelet). We might now have our first look at the new models, codenamed 'Nocturne' and 'Atlas.'

Both machines have only really shown up in firmware commits up to now, but a new video in a Chromium bug report, spotted by Brandon Lall, purportedly shows one of Google's upcoming releases, albeit only very briefly...

According to Chrome Unboxed, we're probably looking at 'Nocturne' rather than 'Atlas.' As you can see in the video, the connection between the display and the keyboard looks similar to what you get on a Surface Pro/Go-style detachable, and 'Nocturne' has been rumored to be exactly this type of device.

Other things to note are the rounded shelf, which we've seen before, and circular keys that are sure to be divisive. It seems Google isn't going to stop until everything is round. To add further weight to the credibility of this video, the bug report in question has now been removed, suggesting that it did indeed contain something we weren't supposed to see just yet.

So that was the first Pixelbook leak of the weekend, but it potentially wasn't the last. It depends whether we believe two online advertisements showing what could be the other new Pixelbook device ('Atlas'). The first of those was from Ad Choices, spotted by a Chrome Unboxed reader. It shows something that looks a lot like a first generation Pixelbook (which Google apparently leaked in a similar fashion last year) but with much smaller bezels on all sides.

The second example, also spotted by a Chrome Unboxed reader, comes from a Facebook advert. It shows a Pixelbook on a table in someone's living room and seems to be more about how different Google Assistant devices work together. 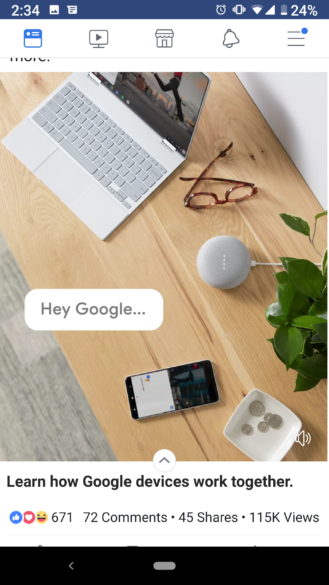 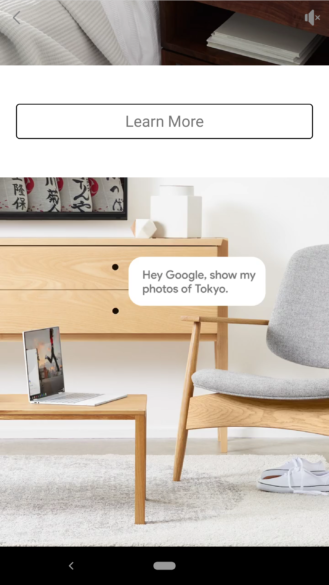 Once again, the only discernable difference here is that the bezels are much smaller — even more so than in the first advert. There are two possible reasons for this, as I see it... 1) We're looking at a current-gen Pixelbook that's been photoshopped to make the bezels smaller. 2) We're looking at a next-gen Pixelbook, but the only real aesthetic difference will be smaller bezels. Honestly, either scenario is perfectly plausible, and neither really tells us anything new. We'll just have to wait a month to find out what Google actually has up its sleeve — unless we get some more compelling leaks before then, which wouldn't be surprising.