With customers like Louis Vuitton, Fossil, and Montblanc announced at the event — the latter even revealing that the second generation of its Summit smartwatch will feature the 3100 — it's more clear than ever that the focus for these offerings are fashion, luxury, or sports accessory companies. In other words, companies that traditionally have no interest in digital technology.

To that end, Qualcomm is purposefully focusing more on power efficiency than performance, with the idea being that users want their smartwatch to be a piece of everyday apparel just like the analog watch they're giving up — and that means low-power, watch-only functionality for those times when charging opportunities are few and far between.

To achieve better power efficiency, Qualcomm is trying out a new wearable architecture that it calls "Big-Small-Tiny." The "Big" is a quad-core ARM Cortex A7 processor. Announced in 2011, alongside big.LITTLE architecture, you might be familiar with this core from smartphones running on the early Snapdragon 400 series. The "Small" is a digital signal processor (DSP) and the "Tiny" is a new, proprietary "Ultra-Low Power Co-Processor," the QCC1110, which Qualcomm's been working on for three years. It's also the most interesting element of Qualcomm's new wearable platform. 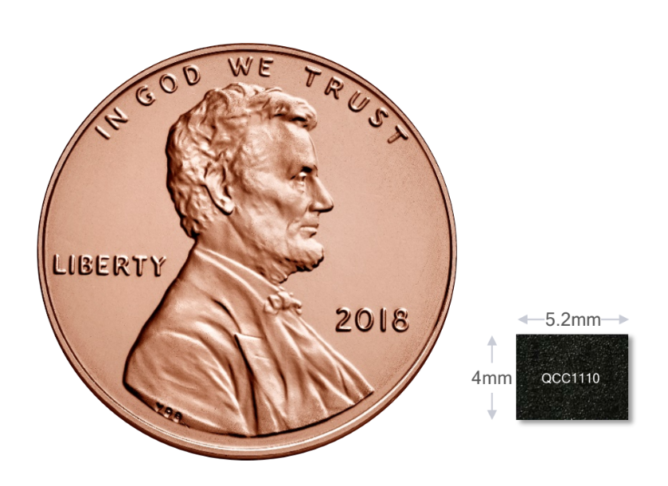 The co-processor, which measures in at 5.2mm x 4mm, runs the show while the watch is in ambient mode, leaving the more power-intensive A7 cores to sleep. This allows for an "Enhanced Ambient Mode," developed in conjunction with Google's Wear OS team, that supports a second hand (as in a hand for seconds), up to 16 colors, and improved brightness.

Google and Qualcomm also announced two other Wear OS "personalized experiences" that depend on offloading the display and sensor processing from the A7 processors to the co-processor. There are "Dedicated Sports Experiences," designed for users who want GPS and heart rate sensors to work for extra-lengthy workout sessions, like a hike through the mountains. This mode promises to provide up to 15 hours of battery life on a device with a 450mAh battery. Then there's "Traditional Watch Mode," which promises one week of basic, watch-only use at 20 percent battery, or up to 30 days of use at full power with a 340mAh battery.

Beyond the standalone benefits of the co-processor, Qualcomm says its heterogeneous computing architecture, along with a new power management sub-system, DSP framework for sensor processing, and dual display architecture (think TicWatch), provides typical battery life improvements ranging from four to 12 hours compared to the 2100, depending on the variables of any given device, like display type or battery size.

Even the fact that the chipset is built on a 28nm fabrication node (which hasn't been cutting edge technology since 2013), comes down to power savings, according to Qualcomm. Since smaller nodes are generally known for being more power efficient (either that, or a lot more powerful), that may seem somewhat contradictory. But Qualcomm told Android Police it chose not to shrink the process node because the passive drain on a 10nm process is significantly higher than 28nm, and a smartwatch is in idle mode the majority of its time in use. Of course, a 28nm fabrication process is no doubt also less expensive than 10nm, so perhaps that played into the decision, though we can't know for sure. 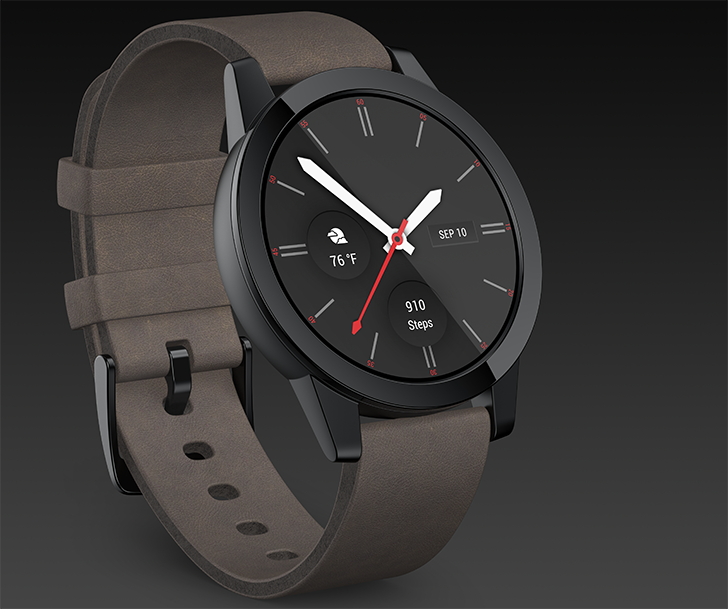 There's no question, though, that the older process node and 32-bit A7 architecture will rub some techies the wrong way. Still, ARM continues to support the A7, and if Qualcomm's power efficiency claims pan out, there's little reason to be upset. In fact, most end users would likely be glad to trade in power for battery life, especially the growing market of fashion-first, tech-second users that Qualcomm and its partners are courting.

Addressing this demographic makes perfect sense. Apple and Samsung are cornering the techie group, while in the last several years many Android manufacturers have quite publicly given up on the idea of Wear OS or wearables in general. There's still a massive portion of people out there, though, who want fashionable (or extremely rugged watches) with some basic connected features, and as the mobile industry has struggled to capitalize on that opportunity, the apparel industry has been quietly, but steadily, releasing more and more fashion-focused smartwatches.

The chipset comes in three variants: Bluetooth and Wi-Fi-enabled, GPS-based, and 4G LTE, which features a modem paired with gallium arsenide power amplifiers in yet another power-saving measure.

Qualcomm has already named three high-end brands as customers for the 3100, and with the platform in mass production as of today, we'll likely see more reveals in the near future. Unfortunately, though, a Pixel Watch is probably not one of them.

OnePlus confirms what we already knew: 6T to have in-display fingerprint reader