Until now, Dell hasn’t shown much interest in the consumer Chromebook space, choosing instead to focus on the education market. It would appear that the company is ready to change that with the introduction of a brand new model. The Dell Inspiron 14 is marketed as a premium 2-in-1 device “for today’s mobile consumer,” and the specs and price mostly bear that out. It’s equipped with an 8th generation Intel Core i3, 4GB of RAM, and 128GB of storage, which puts it just about on a par with other similarly priced Chromebooks (the Lenovo Yoga offers 8GB of RAM, however). 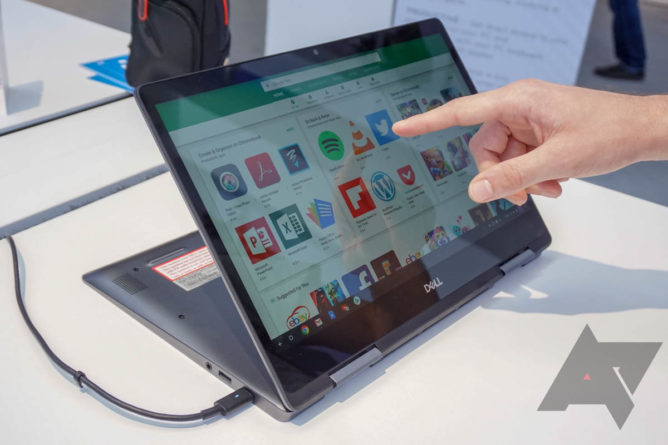 If you consider Google’s $1000 Pixelbook the definition of a premium Chromebook (as I do), this could more readily be described as an upper mid-range product, but anything above $500 tends to be assigned "premium" status these days. For the money, you would expect the build quality to be far above that of a standard $200 Chromebook, and I’m pleased to say that’s what you get here. Not only does the Inspiron 14 feel well-constructed thanks to the use of aluminum, it’s sturdy almost to a fault. Although the screen rotates all the way around to offer various orientation modes, this thing would be far too heavy to use as a tablet for longer periods of time. The 1080p screen itself looks great, although it is incredibly glossy and this might be difficult to view in certain lighting conditions. Relatively small bezels around the display add to what is a generally classy design. 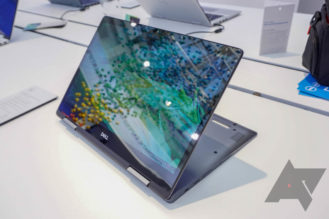 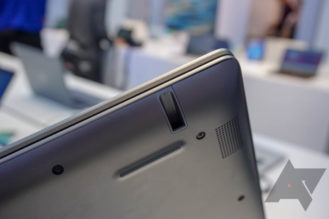 Unlike the new Lenovo Yoga, the Dell machine includes an EMR pen that lives in a slot on the underside of the keyboard. There wasn’t one present in this slot on the model we saw at IFA, so I can’t speak for its quality — it might be nice to have one that stows so nicely out of sight, though. The keyboard is nothing special, although it is backlit, which should be a given on a $600 laptop but isn’t always the case. Typing on it is better than most other Chromebooks, even if it is a little mushy for my taste. It doesn’t meet the very high standard set by the Pixelbook in this regard, but nothing does in all honesty. 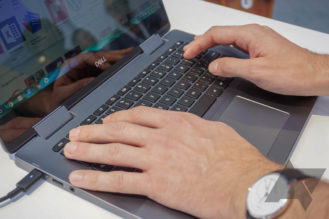 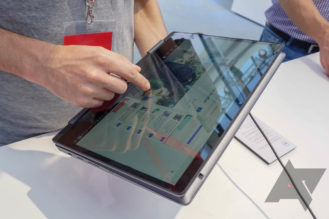 As with most recently launched Chromebooks, it charges over USB Type C, with ports on both sides. There's also a Type A port, a MicroSD card slot, and a headphone jack, so you should mostly be able to avoid dongles unless you want to do something more exotic. Dell promises 15 hours from the battery, which would be very competitive if it turns out to be accurate. The performance was stellar in my brief time with it, unsurprisingly so given the specs of the device.

Due to its size and weight, I wouldn’t say that the Inspiron 14 is a particularly portable Chromebook, but it should be great to have around the house. Its processor and RAM configuration makes it extremely fast, it has a great touchscreen so you can make the most of Android apps, and its aluminum build will ensure good durability. The only real turn off here is the bulkiness of the machine overall.

If you want to spend a bit more money on a Chromebook, there are now some decent options out there — the $600 price tag puts the Dell up against the aforementioned Lenovo Yoga and HP’s Chromebook x2. Dell's first attempt at a more premium consumer Chromebook should stand up well against those competitors, even if it doesn't have a fancy 4K display like the Yoga or the detachable tablet form factor of the x2. It’s also going to interesting to see what Google announces at the October 9th hardware event, although it’s unlikely there will be anything in this price range. 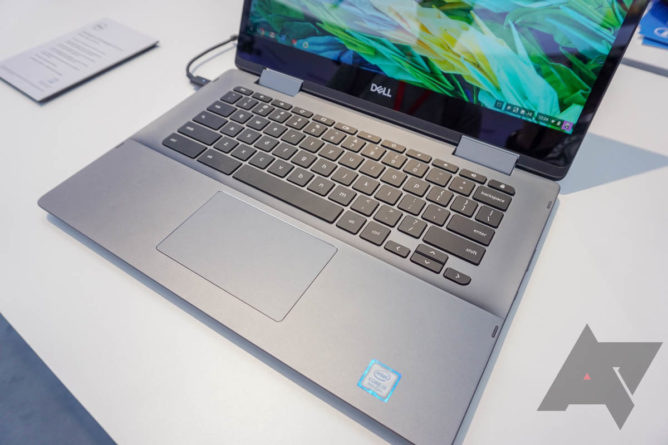 What would you change in Android 9 Pie?