Last week, Google officially rolled out bilingual support for Assistant, but as with everything related to Assistant and languages, there were limitations. You can only choose between six main languages (and a few country variants) as the main option, and you're restricted even further when it comes to your secondary language. Turns out there's a small trick to make Assistant understand more than these, but only on your phone if it's set to that other language.

The trick to make multilingual support work for any of those other six is to choose it as your phone's primary language. (Sure, not everyone wants to do that, but if you need it, you might decide to live with it.) Assistant on your phone (not your Home / smart speakers) will then understand that language as well as the two others you choose inside Google Assistant's settings.

In the two screenshots below, you can see that my phone is either set to Portuguese (Brazil) or Hindi, two languages that aren't supported by the bilingual settings of Assistant. On the other hand, Assistant in both cases is set to English (US) and French (France). A little text below the selection explains that Assistant will work in these languages and the language of your phone. 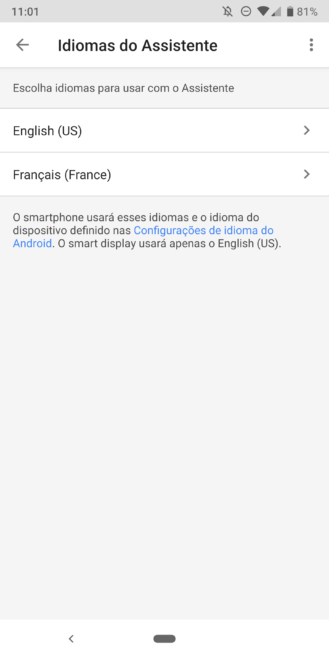 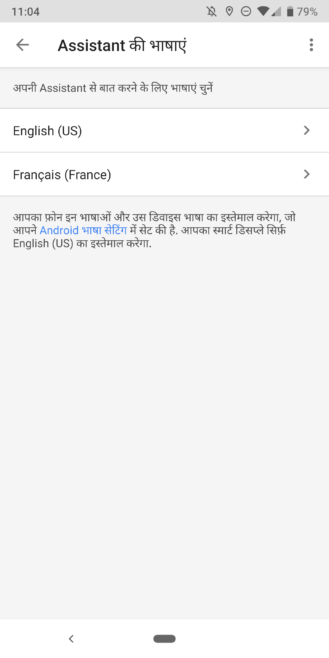 In those cases, when I use Assistant, I can issue commands in English, French, and either Portuguese or Hindi, and it will understand all three and answer them. 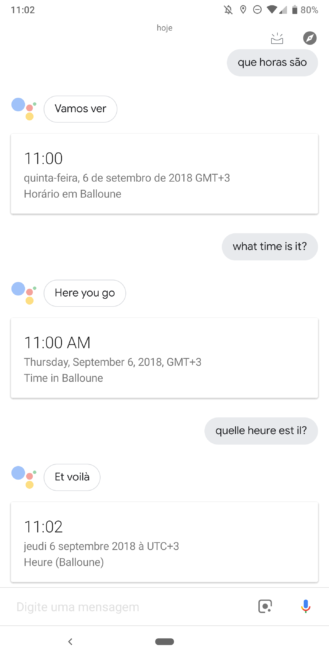 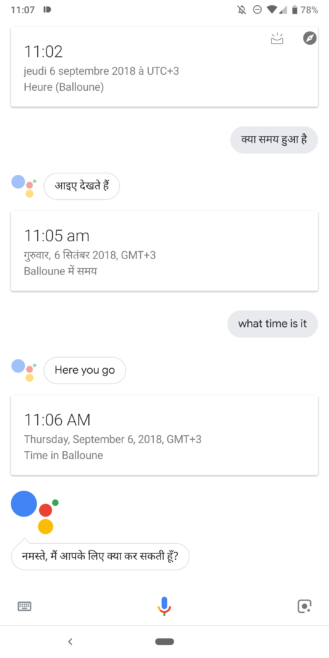 The title of the post mentions "more" languages, because technically, Assistant will also understand your phone's secondary language, but will only answer in the primary one. Say you have your phone's language settings as Portuguese first and Hindi second, then Assistant set to English and French, you can speak in English, French, and Portuguese, and it will answer in the corresponding language. You can also speak in Hindi, but odds are it will have a little bit of trouble understanding you, and if it does, it'll answer in Portuguese.

If you're not familiar with the way Assistant's language settings worked before, you may find this whole thing confusing and convoluted. And it really takes a while to wrap your head around it. But once you do, you realize that there are endless possibilities here, like having Assistant understand English (US) and (UK) at the same time on your phone, even though the bilingual settings don't allow that.