It's been less than three months since Snap Inc. introduced its second generation Spectacles, but the company is now iterating with two new styles for its video-recording eyewear. The new designs, dubbed Nico and Veronica, look more like regular sunglasses and would pass off inconspicuously if you didn't notice the two large circles on each side.

Both Nico and Veronica come only in black-on-black color styles with polarized lenses, unlike the original design which was also available in ruby and sapphire. At $199.99, they also cost $50 more, and they only come with a regular leather case instead of the yellow charging case of the original. But they do look more mainstream, so if that's what you're after, you'll probably pony up the additional fiddy. 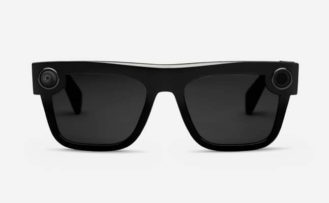 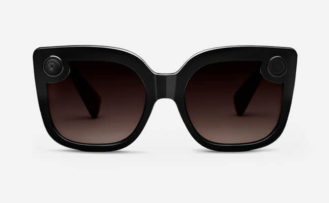 These two models will be able to capture hundreds of photos and up to 70 videos, which can now be exported in a non-circular format (the novelty - gasp!) and Snap says it'll be releasing a new feature later in the fall that groups your Spectacles photos and videos into a single Highlight Story to make it easier to share moments at the end of the day. I suppose that's something you'll enjoy if you own these.

The new Nico and Veronica are already available on Spectacles.com in select countries. You can grab them for $199.99 from the links below.

Tip: Google Assistant is trilingual (and more), but only on phones