Google has a penchant for repetition. For instance, why have one messaging app when you can have a handful (Allo, Android Messages, Hangouts etc.)? And while that method isn't exactly yielding overwhelmingly positive results, it seems the software giant is taking its approach to podcast platforms now, as well. An incubator for experimental products within Google, Area 120, is quietly developing an audio platform that, according to a recent trademark filing, allows users to "search, access and play digital audio files and to share links to audio files."

The software in question is called Shortwave, and may be a more social take on podcast listening — or at least, that's how Google's press statement makes it seem.

“One of the many projects that we're working on within Area 120 is Shortwave, which helps users discover and consume spoken word audio in new ways,” a Google spokesperson told Android Police via email.

Google declined to say anything more on the subject due to it being a "very early experiment," but a podcast app that helps with finding new gems among the vast and ever-increasing libraries of audio content (most of which has undergone little to no vetting) would indeed be useful.

Currently, Google offers Android users the podcast section in the Google Play Music app and the exceedingly minimal Google Podcasts app, which has a million downloads and is rated an underwhelming 3.4 stars out of 5. Comparatively, third-party free pod platform Podcast Player by Castbox has 5 million downloads and 4.6 stars, while the $4.99 Pocket Casts app has 500,000 downloads and a rating of 4.6 stars. All that to say, there's definitely room for improvement.

One can only hope that if Google brings this project to term it chooses to merge it with its current standalone app, rather than launch an entirely new platform. Whether that's likely is another question.

Some early concept designs for Shortwave have emerged courtesy of a former Google designer. The designs, sent to Android Police by a tipster, show the logo, some potential taglines, and an intriguing brand statement. However, just as fast as the concept work popped up, Google has rushed to label it old news.

The Mountain View-based tech giant told 9to5Google: "The language here is a long-outdated artifact of early exploratory concept work, and not representative of the product now. In true Area 120 fashion, teams are constantly experimenting and iterating, so unfortunately, the Shortwave team has long 'waved' goodbye to this approach."

Either that's true, or Google is really eager to throw competitors off the scent. In any case, why not indulge ourselves and analyze the copy? 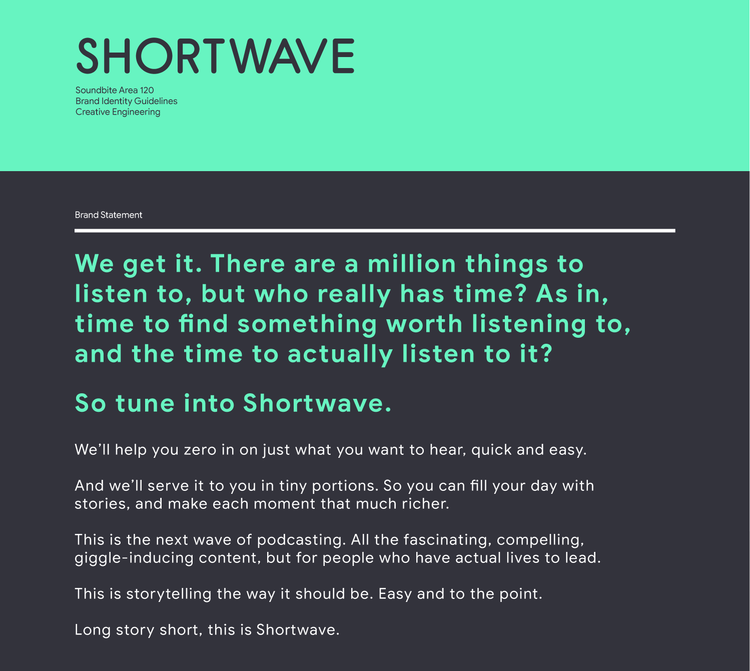 The brand statement states that the app will help users zero in on what they want to hear, and will serve it in "tiny portions." This would certainly be a novel take on podcasts, which have only become lengthier in recent years. Other than that, there are just variations of a wavy logo, some color swatches and an app mock-up that shows three sections: "Laugh," "Learn," and "Listen," all of which seem to promise one to 10 minute clips. Below is a swipe-up tab that readers "15 Shortwaves." 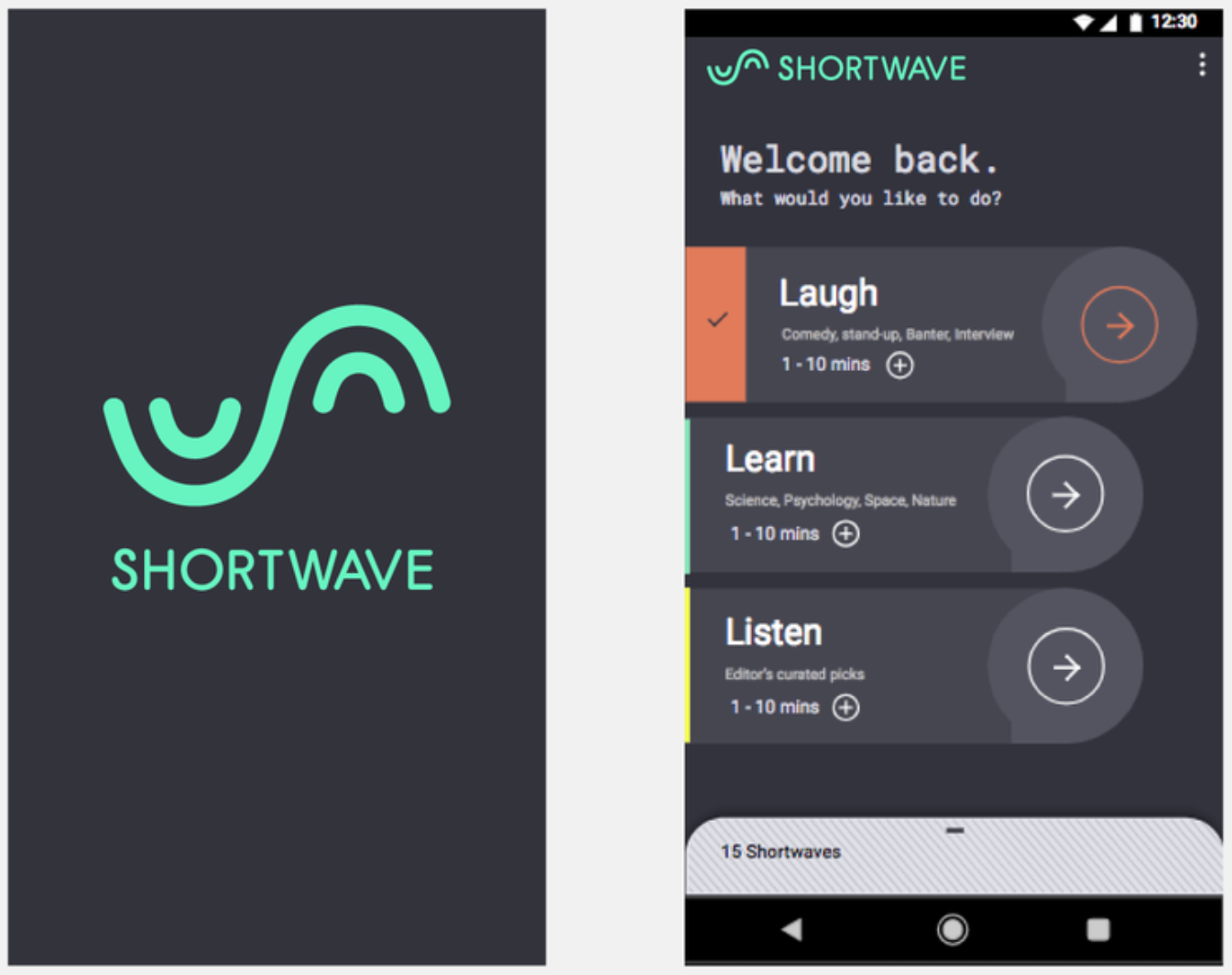 But again, I'd take this with a grain of salt. Google stated outright that the designs and copy are outdated, and, honestly, that makes sense. Who wants to pick a bunch of tiny audio clips before they go to work in the morning? There's a reason most popular podcasts have become a little bloated. Listeners want more of their favorite podcast personalities and they don't want to think too much about the selection process.

What will be interesting, though, is seeing Area 120's new plan to disrupt podcasts. Google alluded to addressing a different pain point when Shortwave first surfaced: the challenge of discovering new content. Or, the end product could be completely different. This is an experiment, after all.