We've been talking about a dark mode in YouTube for ages, ever since it emerged in a teardown almost a year ago. Then iPhone users were treated to it back in March, and even a small number of lucky individuals were granted early access a couple of months ago. But it looks like today is the day that everybody else on Android can finally watch YouTube in a dark room without searing their eyes on white backgrounds. YouTube's Dark Theme appears to be rolling out to everybody. 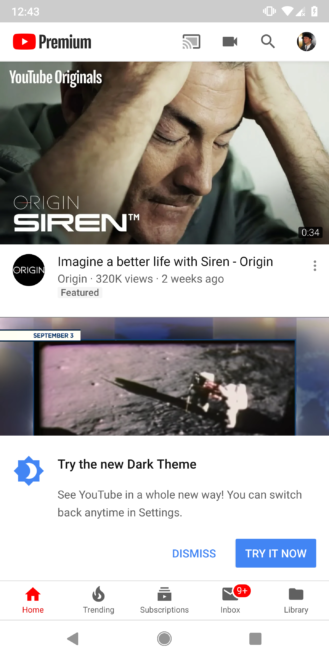 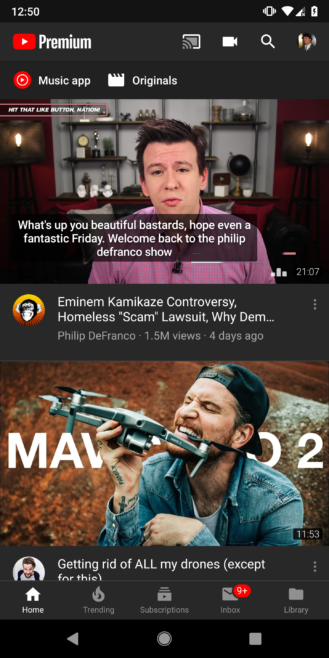 You may be treated to a new message the next time you open the YouTube app. It prompts you to try the new Dark Theme with a button to enable it immediately. If it works for you, you'll see basically everything but the video thumbnails flipping from light to dark, or in the case of the buttons, dark to light. Overall, it's just much nicer on the eyes.

However, for many people, hitting that button to try the new Dark Theme is going to do nothing. In many cases, people have been able to get it working by force closing YouTube and restarting, but even that has been hit and miss.

If you're stuck in this position, first check in Settings -> General for a Dark theme toggle. If it's not there, I got it working by clearing the storage on the YouTube app, starting it and waiting a few minutes while it pulled data from the YouTube server, then did another force close and restarted the app. At that point, the "Dark theme" toggle finally appeared. 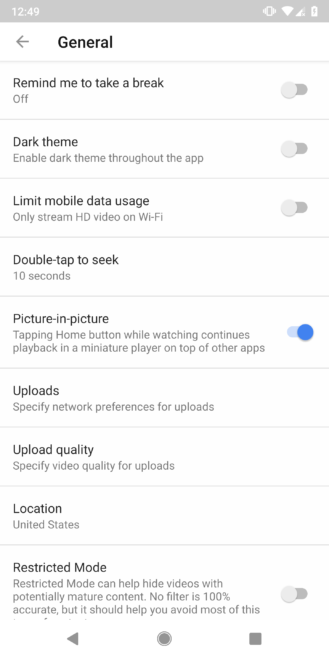 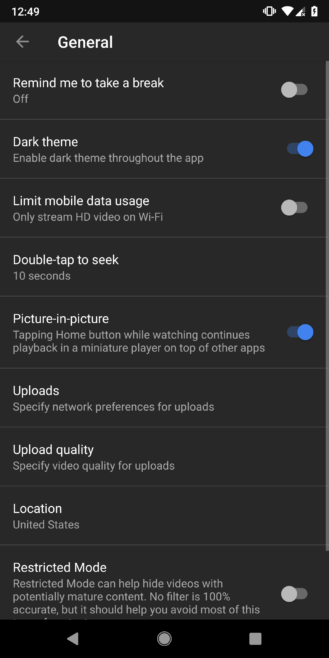 Now, go forth and use YouTube in the dark like humans were always meant to. This is a great day indeed.

Update: It looks like version 13.35 may be required for the Dark Theme to be available. Here's a link to sideload it if you can't get this update from the Play Store.