The Z3 Play costs $499.99 (give or take), and on its own, the mod — an extended battery/Alexa speaker combo — is going for $112.49 just about everywhere right now, so it's certainly a nice incentive from a financial point of view. All the better if you're already invested in Amazon's virtual assistant. 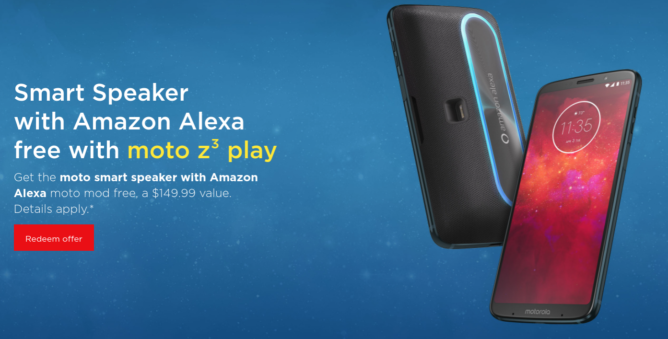 You can get the deal at pretty much any retailer that carries the phone — Amazon, Target, and Best Buy, among others — but the Z3 Play comes bundled with an additional battery mod when purchased direct from Motorola's website. A phone and two battery-extending add-ons for $500 is quite a bargain. The promotion is good for phones purchased between August 19 and September 15, and has to be redeemed by October 15.