Chrome 69 reached beta status a month ago, with features like display cutout support and a new download manager. Google announced yesterday that the update would also include the long-awaited Material redesign, along with a customizable New Tab Page, improved address bar, and other changes.

This might be the largest Chrome update ever, so strap yourself in.

The new Material look for Chrome on Android first appeared in version 62, as part of the 'Chrome Home' bottom address bar redesign. After Chrome Home was canned, the updated color scheme and rounded elements lived on as something called 'Chrome Modern Design.' At long last, the new look is rolling out to all users. 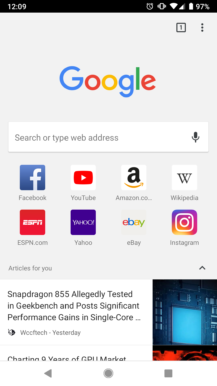 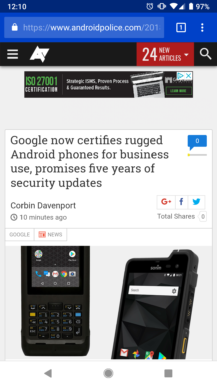 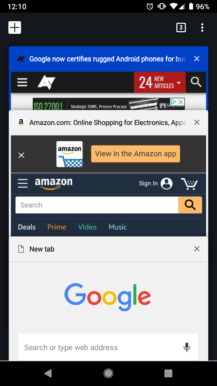 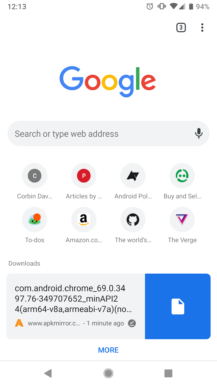 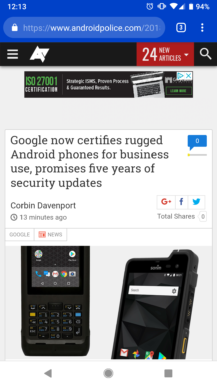 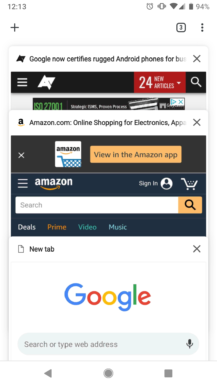 The address bar, buttons, and cards all have rounded edges. Chrome is now mostly white, but sites can still change the color of the UI and status bar. Sadly, the Android app doesn't seem to have the same customizable New Tab page as the desktop - shortcuts are still picked from your browser history.

If you don't see the new interface after updating, try closing and re-opening Chrome.

Along with the release of the iPhone X last year, Apple introduced some Safari-specific CSS attributes to help websites work around the notched screen. Even though most sites look fine on the iPhone X without any modification, developers could use a certain meta tag with Apple's 'safe-area-inset' CSS properties to have greater control. For example, sites could disable the default Safari padding (as seen below). 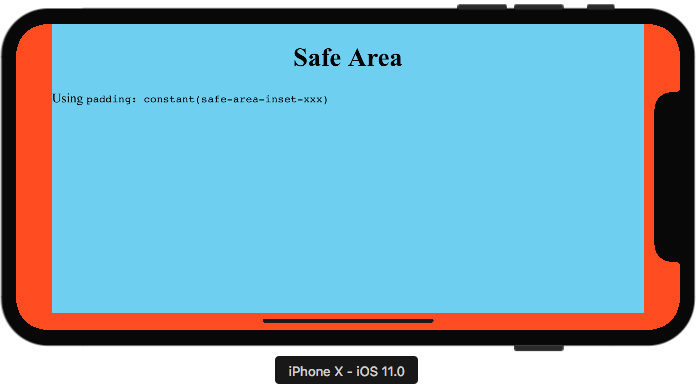 An unmodified page in Safari on the iPhone X (source) 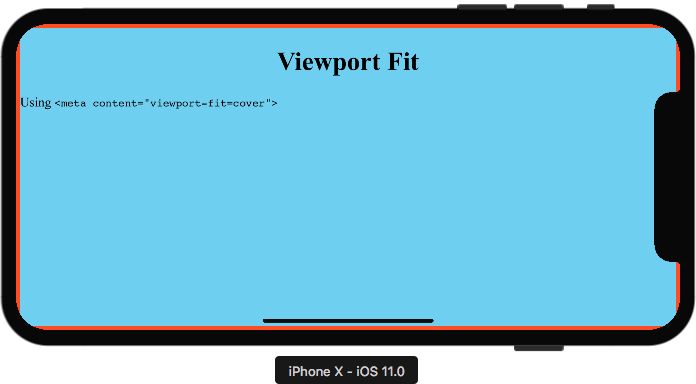 Unfortunately, I was unable to get this to work. On my Pixel with the notch simulation feature turned on in Developer Options, both Chrome 68 and 69 showed a black bar on the notched side, instead of expanding the page to fill the entire area. 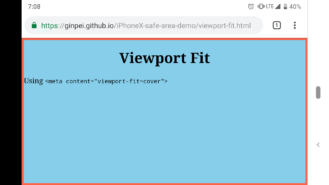 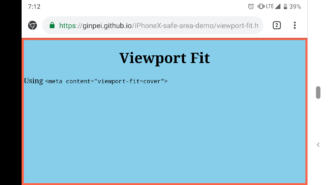 Perhaps this only works on phones with an actual notch, and not simulated cutouts.

We've covered Android Go several times already - it's a modified version of Android designed to run on devices with 1GB of RAM (or less). Storage space is usually a concern on low-end phones, and some Android Go devices might not have a media player pre-installed. Since the full version of Chrome already ships on all Android phones, Google decided to add media player functionality to the browser. 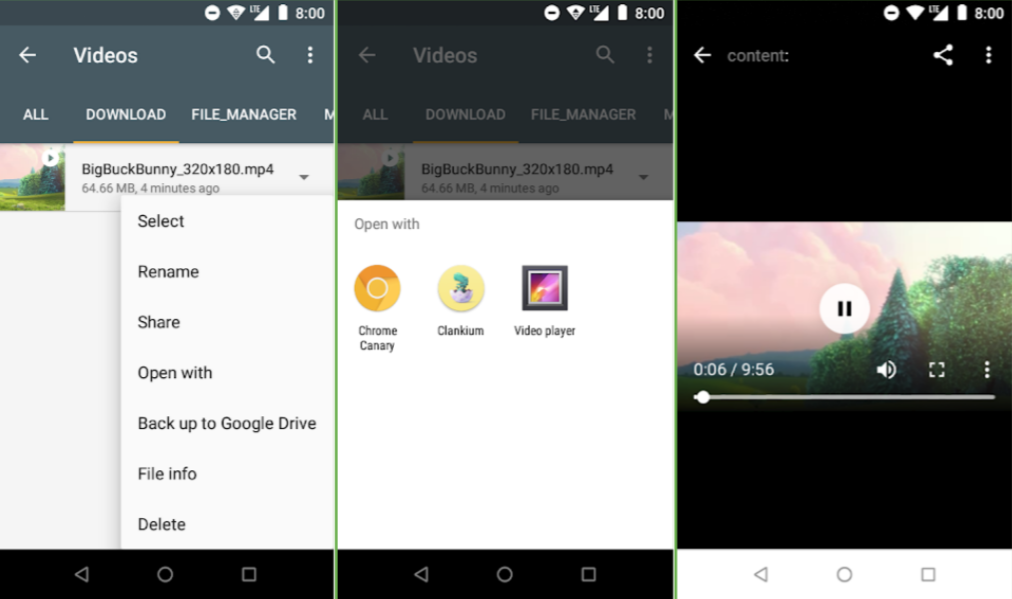 On devices running Android 8.0+ with 1GB of RAM or less, Chrome now appears as a target for opening media files. This is definitely a useful feature, considering the browser can natively play many video and audio formats. It might save some users from having to download a separate video player like VLC.

Chrome's current Downloads page is a simple list, with sorting options (by tapping the arrow at the top) and a search button. Google is working on a brand new design, but it's not enabled by default yet - you have to enable the #download-home-v2 flag to see it. 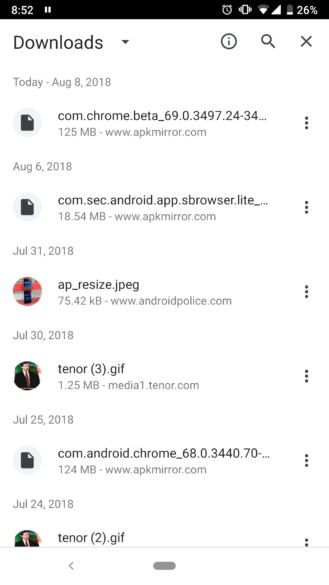 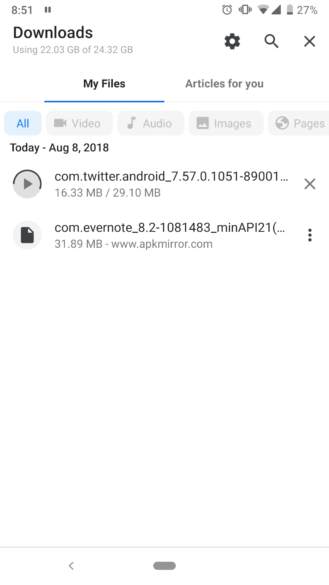 The new layout has all the same functionality as the old design but laid out in a more user-friendly manner. A tab bar separates downloaded files from saved pages/articles, and file categories are displayed as buttons. It's definitely an improvement - here's hoping it goes live for everyone soon.

Like always, Chrome 69 includes changes for both users and developers. Here are some smaller features that ship with this update: