We will no doubt look back at the spring of 2018 as an era of intense ZTE drama. Following an enforcement action by the US Commerce Department, ZTE was cut off from all its US suppliers. The company partially shut down and put all projects on hold until it could work out a deal with the US government. One of those delayed projects was the Axon 9 Pro, which was finally unveiled at IFA 2018. The debut (probably coming much later than ZTE would have liked) is a bit of a letdown for anyone hoping ZTE would come out swinging after its near-death experience. Instead, the Axon 9 Pro looks like a very generic iPhone clone.

The Axon 9 Pro has all the ingredients of a premium phone in 2018. There's a Snapdragon 845, 6GB of RAM, 128GB of storage, and more. The performance seemed great while I used the demo handset. Of course, that could change after you clutter it up with your apps and data. Here are all the basic specs.

The display was bright enough to be readable under the harsh lights of the trade show floor. I didn't see any off-angle distortion, either. ZTE claims it has a custom "Axon Vision" chip in the phone that improves the screen's color accuracy, and there's also HDR with supported video. The Axon 9's OLED panel lacked the punch of a Samsung phone or even the OLED on Sony's new XZ3, but this is a step up compared to past ZTE devices. 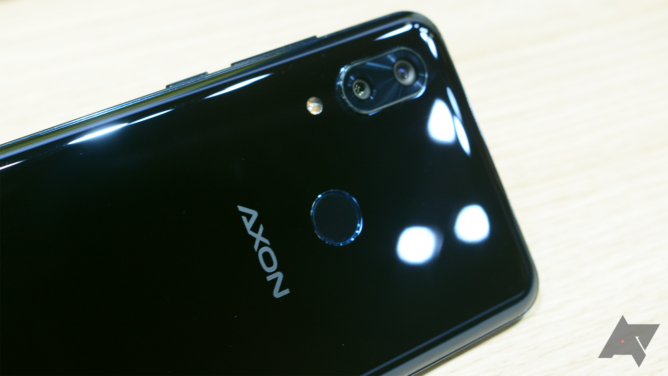 ZTE managed to fit a 6.2-inch OLED into a frame that's still comfortable to hold. It's a familiar glass and metal sandwich that's not too hefty, and there's a fingerprint sensor on the back. The camera sensors are off to the side on the rear panel in a very iPhone-y configuration. That's obviously the look for which ZTE is aiming. Consider the display notch, which is almost the same size and shape as the iPhone X. ZTE seems to have gone out of its way to make this happen.

I don't think there's anything inherently wrong with display notches, but the Axon 9 chases the iPhone to the point that I think it's going to harm the user experience. Whereas the Apple's device only eats into the display as much as necessary to house all its sensors, ZTE seems to have extended the notch to match the aesthetics of the iPhone. There's actually empty space on either side of the sensors, making the notch larger than it needs to be. As a result, there's virtually no space in the status bar. You get a measly three status icons to the right of the notch, and on the left is the clock and a whopping one notification icon. At that point, why even bother with icons? 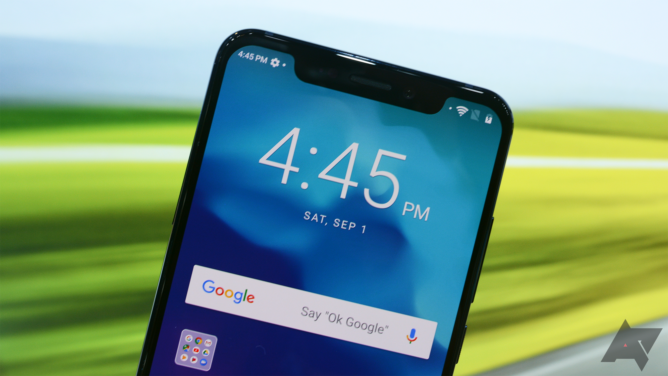 From a purely aesthetic standpoint, I don't much care for the Axon 9 Pro. The bezels at the top of the phone aren't the same all the way around—there's more bezel on the top than on the sides. At the bottom, there's a lot more bezel. The chin on this phone is substantially larger than the one on the G7 or P20, for example. The Axon 9 also runs Android 8.1 rather than Pie, so it doesn't have the official notch features at the OS level. I also didn't see any option to "turn off" the notch by making the status bar area black.

ZTE doesn't seem particularly confident in its first post-shutdown phone. The company is cagey about availability right now, saying only that the Axon 9 Pro will start rolling out in Europe and select other markets over the coming weeks. The price will be around 650 Euros ($751). That puts the Axon in direct competition with the Galaxy S9, and it's far more expensive than the OnePlus 6. ZTE's comeback isn't off to the best start.

Google Maps tests an option to back out of navigation without stopping it, then resume thanks ...