If you don't have multiple Google accounts, you probably haven't experienced the agony of using them simultaneously on Chrome OS. Currently, there's no proper support for them on the platform; there are multiple users, and a workaround to sort of be able to use them without logging out and back in every time, but it's a cumbersome experience. Thankfully though, signs are starting to show in Chrome OS Canary pointing to the ability to sign up several Google accounts from one profile.

Chrome Story is reporting that the latest Chrome OS Canary (v71) is showing a new item in settings for Google accounts. Tapping it reveals your currently signed in account with the option to add more, with text explaining, "All of your signed in Google accounts from apps and websites can be managed here." Chrome Story managed to add a new account, but they weren't able to trigger it anywhere in Chrome or in Android apps that allow switching between Google accounts (Gmail, Inbox), so it seems that the function is still not fully working yet. 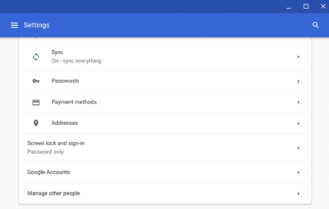 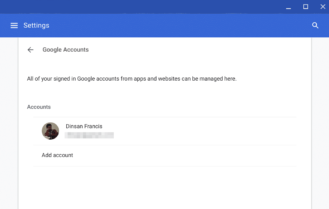 This being a Canary build, it's not surprising that things aren't working properly, but it's nevertheless a good sign that multiple accounts are on the way.

For those who haven't trudged through that hell, if you have two Google accounts (say one personal and one for work), the only way to easily switch between them on Chrome OS now is to add another person (user) to your Chromebook, then follow the steps to sign them in at the same time as you. But that only means that you can move between two users without signing out and in again, the experience is still very cumbersome:

That's why it's neat to see multiple account support on the way. If the description is to be believed, it will let you switch between different accounts both while browsing Chrome and while using Android apps, a much more elegant solution for those of us who frequently use two accounts.