The highly anticipated Blade Runner 2049 film first hit theatres in October 2017, and it is usually around this release window that we see tie-in games pop up on the Play Store. That's not what has happened here. Apparently Next Games and Warner Bros. aren't bothered by the idea of releasing such a game a year after the film that inspires it, though I have to wonder why it took this much time to clone the gameplay found in MARVEL Strike Force.

I would like to briefly mention that Blade Runner 2049 is a soft-launch beta release that's still in testing. Due to its unavailability in my region, I have sideloaded the APK (version: 0.12.0.1) in order to see how it plays. There may be a few adjustments made to the game before it officially launches, so please take that into consideration when reading this hands-on.

Alright, since my title and short intro have already clued you into what type of gameplay you can expect, I figured I'll get this section out of the way first.

Blade Runner 2049 is an uninspired clone that unapologetically copies the gameplay found in some of the most popular titles on the Play Store, such as Ninja Turtles: Legends, Disney Heroes: Battle Mode, DC Legends: Battle for Justice, MARVEL Strike Force, and Star Wars: Galaxy of Heroes. Obviously slapping a popular brand on a mobile game is as easy as copying the gameplay found in the more successful titles on the Play Store and throwing a new skin on top. I don't know what it is about lazy devs and popular brands, but they always appear to go hand in hand.

Like every other hero collection RPG, your job is to recruit and upgrade a team of mighty heroes that take on mission after mission fighting the same bad guys over and over again. Each character you can choose from has a few moves that can range from offensive to defensive. So it is up to you to make sure your team is evenly balanced for the majority of fights you must face.

Now, despite the game soft launching in a few regions, it's clear Blade Runner 2049 isn't ready for prime time. Crashing and freezing are not uncommon, especially the first time you have to select your characters. The game will load to an empty alleyway until you reboot it. You also can't turn off your device without the potential of returning to a purple screen or all of your characters disappearing, which happens to break both the roster section and the recruitment section. You'll also find a few instances of text overlapping in the menus, which is not only ugly to look at but can be detrimental if you are interested in the pointless story.

The graphics definitely give a feeling that this is a Blade Runner game, though I can't say they are that detailed. You start out in an almost lifeless alleyway that makes up your first hub to select missions and micromanage your team. Luckily you can move around the city by using the map to select from a few different areas, but you won't want to visit them unless you have leveled up your team to an appropriate level. There are also a few different backgrounds that alternate each time you dive into a battle. Glowing neon lights and a constant haze of fog help to give them an appropriate look, but I can't help but feel most of it falls flat for some reason.

The characters are just about as detailed as the backgrounds, though they look a little too plain for my taste. The Blade Runner universe is a dark and seedy place, and yet this game's characters are designed to look as though they belong in a cartoon. It also doesn't help that their movements often feel abrupt. More detailed animations would have been ideal, but I doubt a cash-in game like this would ever receive enough of a budget to release a quality product.

Before, during, and after a battle.

The touchscreen controls work well. Buttons are easy to press, and the limited moveset of each character means you have plenty of screen real estate left to take in what's happening during each battle. Since many similar games offer an auto-battle mechanic, it's not surprising to see that Blade Runner 2049 is no different. Once you get through the short tutorial, you'll be able to hit a double arrow button on the left side of the screen that turns on the auto-battle feature during a fight. From here it is smooth sailing as you can sit back and watch the battle unfold without any need for input from the player. So far I have yet to lose a fight using the auto-mechanic, but this may change in the late game.

Since this is a title designed from the ground up to be played on a touchscreen, there is no HID controller support. So if you wanted to use a physical controller, I'm sad to inform you that's out. This also means Shield TV support is probably not going to happen.

Look at those easy to press boxes.

Since this is a title that's still in testing, the monetization system has not been turned on just yet. There are slight signs an in-game currency will be used, but so far there is nowhere in the game to buy it. This means there is no way to currently know how Blade Runner 2049 will make its money, but if I were a betting man, I would say it's pretty clear the design points towards a free-to-play title that'll probably be filled with in-app purchases.

If you enjoy free-to-play hero collection RPGs similar to MARVEL Strike Force but are looking for something with a tech-noir theme, Blade Runner 2049 may be exactly what you want. The gameplay hardly deviates from any of the similar clones out there, and the Blade Runner theme can be enjoyable for die-hard fans of the movies, but past that, Blade Runner 2049 only offers more of the same we've seen time and time again. Personally, I'm a huge fan of anything that has to do with Blade Runner, but I will undoubtedly uninstall the game the second this article goes live. Grinding endlessly in the Blade Runner universe may sound like a lot of fun at first, but for me, I'm absolutely sick of these uninspired hero collection RPGs, and even an awesome theme won't change my mind. 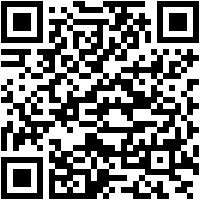 Chrome is getting a Material makeover for its 10th birthday