On August 2, Apple became the first US company to reach a total market capitalization of $1 trillion. Now, just a month and change later, Amazon has done the same — however briefly. The online retail behemoth's stock hit a new high of $2,049.50 per share around 11:30 a.m., Eastern time this morning, momentarily nudging its market cap over the trillion-dollar line.

Following its new peak, Amazon's stock immediately began to tumble, coming to rest at $2,024.67 around 12:30 p.m. before regaining some value and stabilizing at about $2,040 per share. It's been trading at about that value since. 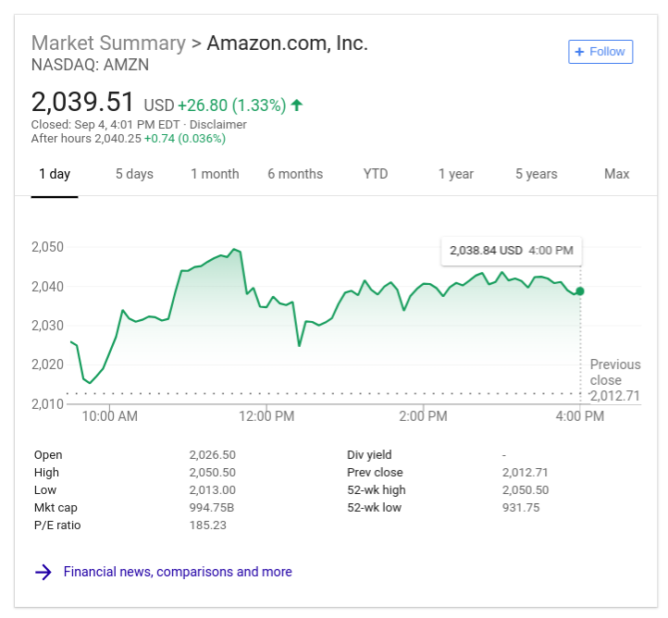 As of writing, Amazon's market cap is sitting pretty at $994.75 billion; it's almost a certainty that the company's valuation will top $1 trillion again relatively soon. Apple's stock price fluctuated in sync with Amazon's today, with a peak around 11:30 this morning and a trough about an hour later. The iPhone maker's market cap is still over $1 trillion. Google's parent company Alphabet is still the third-largest by market capitalization, but it's not likely to break a trillion in the near future; its total valuation is currently about $838 billion.