First of all, it's important to note that there are two different SKUs for the confusingly named Chromebook 514: one with a multi-touch display necessary to make the most of Android apps, and one without. The former also has a better chip, more RAM, and more storage. A starting price of $349.99 was mentioned by Acer, but the touchscreen variant will surely be more. 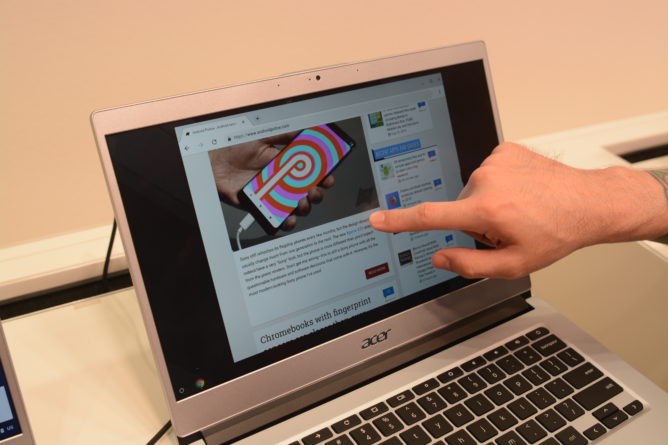 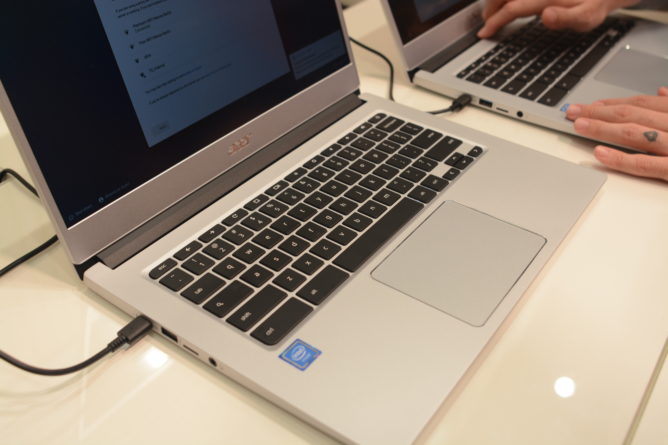 Making the original Chromebook 14 with aluminum was a popular decision among consumers who wanted something a little more robust than the plasticky Chromebooks we usually see. It retained a wallet-friendly price tag of $299.99, but with a metal build, HD display, and quad-core Celeron processor. On paper, the 514 would appear to be a worthy update, but the spec sheet never tells the whole story.

Despite seemingly premium materials, Acer's latest 14-inch Chromebook has unexpectedly poor build quality. The devices we saw on display at IFA could well be pre-production models, but that's no excuse. Although the entire bottom of the laptop and the top rear casing is made from aluminum, it's so thin that it can barely be more protective than plastic. Put even the smallest amount of pressure on any part of it and you'll see some considerable and worrying flex. The hinge is covered with a piece of plastic that can be depressed by almost half an inch at its center point. The plastic bezel around the screen meets the metal top case with a small curved lip to allow for opening the lid. This might seem like a good idea, but when pulling down on this part to close the lid, separation is all too easily observed (see below). 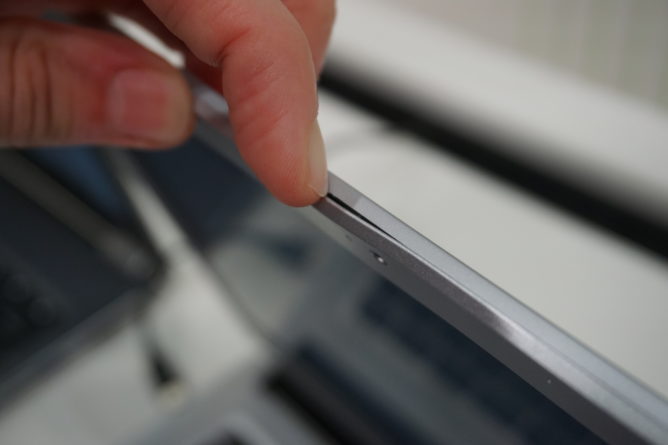 The bad news continues with the keyboard, unfortunately. It may be tactile but there's too much movement after each key actuates, making for a mushy overall experience. The problem with the casing is apparent here as well, with far too much flex when you're typing. Some small redemption can be found in the Gorilla Glass trackpad (unspecified version), but it's still nothing close to what you get on a more expensive laptop. It's certainly bigger than on most competing Chromebooks, though, and that's important for many people.

Since one of these models has a touchscreen display, you might expect that one to have a glass covering. Sadly not — both versions are protected by just plastic. The FHD screens are impressive enough, but won't be winning any awards. We didn't get a chance to test out the bottom firing speakers, but I imagine you won't be plumping for a budget Chromebook if you truly care about sound quality. Both 514s on the stand were running a dev version of Chrome OS, and both were logged in only to guest mode without internet access, so there was a limit to what we could glean in our short time with them. Both seemed plenty fast enough when moving around the menus, but we can't really speak for the performance. 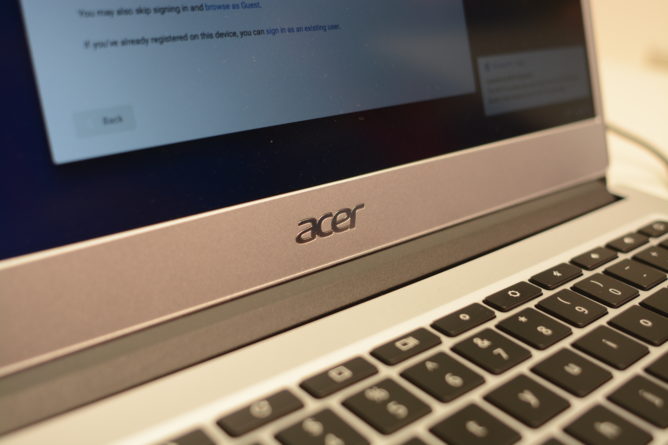 Connectivity is well catered for, with two Type-C ports, two more for USB-A connections, a MicroSD slot, and a headphone jack.  (Edit: Acer reached out to say that charging will be possible with the Type-C port on both sides of final retail units.) Ultimately, if you liked the original Chromebook 14 and you can live with the less than stellar build quality on this one, you might find it a reasonable upgrade. I would probably warn against it, though, unless the final retail version is made of much stronger stuff.

Acer has confirmed that charging will, in fact, be possible from the Type-C ports on either side of the Chromebook 514.

LG G7 One and G7 Fit hands-on: Surprisingly pleasing hardware that will live or die based on pricing