One thing you've got to get used to when attending international trade shows is that you're going to see a lot of interesting phones that just aren't meant for you — sometimes your home market's going to get passed over, and the manufacturer simply has another audience in mind. That's a situation I've been facing at IFA 2018 with the latest batch of Motorola smartphones to debut, as both the Motorola One and Motorola One Power target various global markets — not including the US. Are these handsets worth feeling a little jealous over? I went hands-on with both to find out.

The Motorola One and One Power are the company's newest additions to its fledgling Android One series, promising owners a clean, straightforward Android experience with reliable, speedy access to platform updates. Personally, I'm quite fond of what Motorola does with its interface on its regular lineup, and was pleased to see that some of my favorite bits are still retained here — double-chop-for-flashlight may be the feature I miss most when not using Motorola devices. 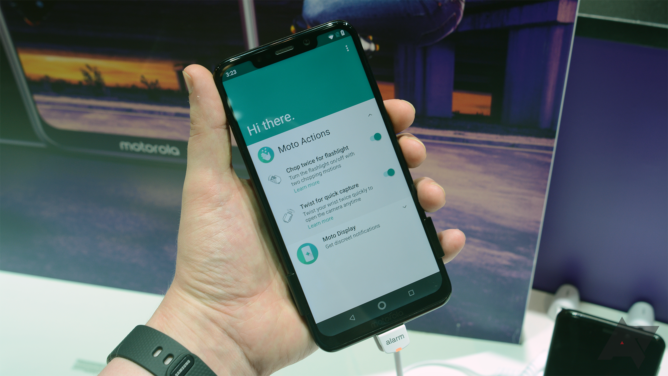 While you could already get your hands on a Motorola Android One phone with the availability of the Moto X4 on Project Fi in the States, these two new One options offer shoppers a much more modern-looking handset. The expansive wide-aspect screens give both phones a more modern look to them, though I would have loved to see the display-bottom bezel on both shrink just a tad for better symmetry. The One gets a slightly smaller, lower-res screen than the One Power, and while the size difference isn't huge, the Power's panel is visibly sharper.

What really does leave an impression, though, are the choices Motorola has made for the materials it's used. The One is a glass sandwich, and maybe it was just the harsh trade-show lighting doing its work, but this phone is an absolute fingerprint magnet. That would be frustrating enough, but the Gorilla Glass in use doesn't feel particularly great either, and were it not for confirming the presence of actual glass with Motorola, I'd have believed it could be plastic. 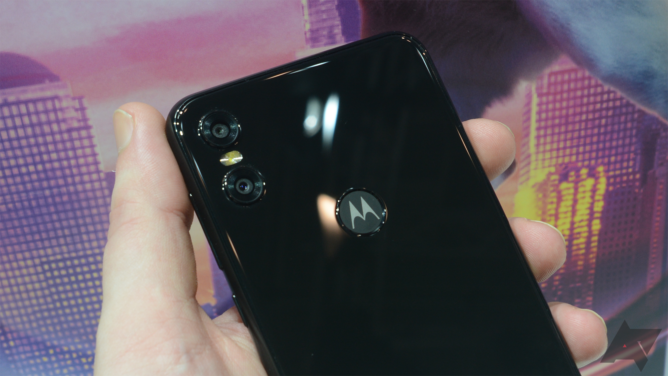 The Motorola One Power, meanwhile, feels very satisfying. The matte texture may not be particularly luxurious, but I couldn't prefer it more over the One's glass. That the One Power also gets the beefier processor, higher-res cameras, and significantly larger 5,000mAh battery is the icing on the cake. Speaking of cameras, though both of these units offer dual-camera setups, they're of the not-incredibly-useful depth-effect variety — no wide-angle/zoom option, or similarly attractive arrangement. Integration with Google Lens is nice, but hardly a reason to seek either out. 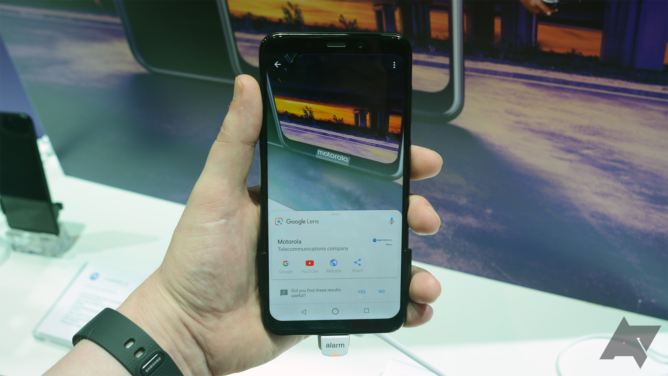 Really, you're going to buy these phones because you appreciate the software support Android One offers, and you like the value you get for the price. At about €300 for the Motorola One, that's a bit of a tough sell. While there's still some appeal here, the phone faces stiff competition from other mid-range options. . Though costs understandably vary to bring phones to market in different areas — so even if you were able to buy the One Power in another country, the price wouldn't necessarily translate — that's an enormously more compelling value proposition.

All things considered, I really feel like Lenovo is missing the mark with the Motorola One itself, and should have focused on making the One Power available to a broader global audience. Given the choice between the two, I'm obviously going with the Power, but with planned release markets what they are, that's sadly not a choice many of us are going to get. That's unfortunate for shoppers in Europe, Latin America, and the Asia Pacific region, where the Motorola One may struggle to find its niche. For now, I'm looking forward to checking out the other new Android One devices on display at IFA 2018, and intend to track down the LG G7 One next. 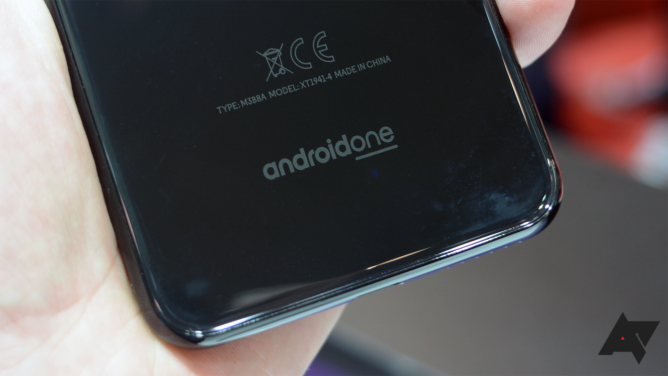 Motorola has informed me that the 15,000 INR price tag initially shared with me for the One Power is incorrect, but beyond that the company isn't offering any further details on release pricing. Obviously, that affordable price point played an important role in shifting my preference between these two handsets towards the One Power, but even if it were to arrive costing slightly more than the One, the choice of materials, higher-res screen, and larger battery still make the Power the clear winner here.