Last year HTC went after the mid-range market with a new product line, introducing the U11 Life a few months after the debut of the flagship U11. And while it did a surface-deep impression of the U11's design, cheap-feeling materials and a price that was just a little too high kept it from really being a competitive option for shoppers on a budget. Now the series is back with the U12 Life, and this week at IFA 2018 we went hands-on with the phone to form some impressions about whether or not this new model will be any more successful.

While the U11 Life basically looked like a plastic U11, with the U12 Life HTC feels confident enough to give the phone more of an identity of its own. We've got the same shiny, metallic look as the parent handset, only once again made from plastic, not glass (despite HTC's artful marketing attempts to imply the presence of glass and metal components). But this time HTC spices up the design with a series of light horizontal ridges running down two-thirds of the phone's back. 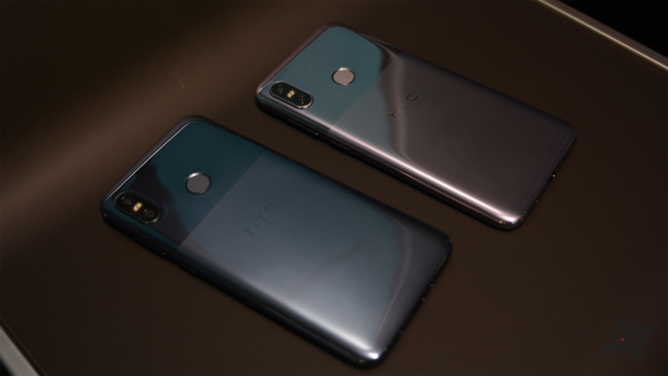 I'm not at all convinced they'll do anything to improve grip, but they do break up the handset's plastic texture in a way that helps the phone feel slightly higher-end, as well as offers a nice visual effect. Sadly, the non-striped portion of the U12 Life suffers from some of the same manufacturing issues that plagued the U11 Life, and reflections in the shiny surface come off distorted and carnival-mirror like. And this being plastic, despite HTC's claims of "toughening" the material, scratches are probably going to be as inevitable as they were last year.

The two color options are nice enough — that they're actual colors and not simply shades of black and gray is great (muted tones of blue and purple though they are) — but don't expect any U12-style color-shifting at extreme viewing angles.

Normally we think of budget phones being less desirable than flagships because of the compromises they make, but here those concerns actually end up helping HTC. The U12's bizarre non-button "buttons" were one of the phone's most contentious "features" (and you know it's bad when we use quotation marks twice to describe them), committing far too fully to the idea of pressure-sensitive controls. Here, the U12 Life dodges that bullet, and its basic, actual-button buttons are a huge improvement. 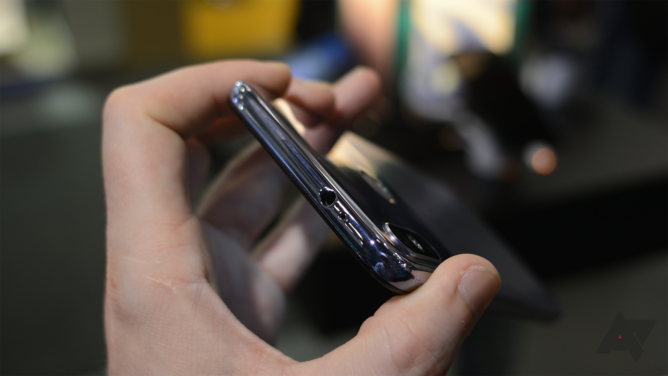 There's also the return of a regular-old analog headphone jack. HTC may make some very nice USB-C earbuds for the U12+, but the convenience of not needing a dongle for existing earbuds is a situation I greatly prefer.

The U12 Life upgrades to dual rear cameras this year, but I could take or leave this change — the only real benefit you get is the ability to take blurred-background bokeh shots, and while some users may love having that option, I find it of extremely limited use. 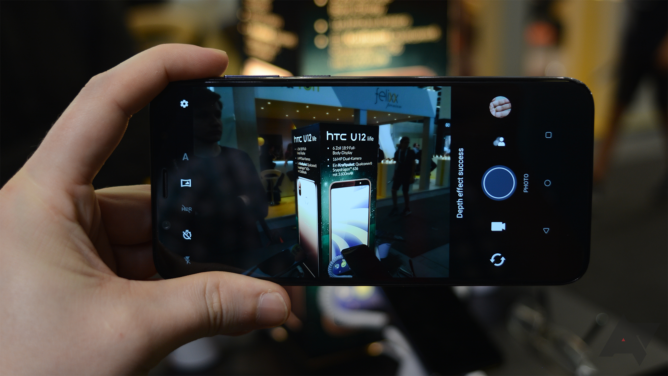 Once again, the phone's hardware specs are decent enough for a mid-range unit, but pricing (which varies by market in the general €330 range) is just slightly north of other phones with similar components. Those kinds of differences are far more impactful in this market segment than with higher-end phones, so that positioning may be a decision that comes back to haunt HTC. 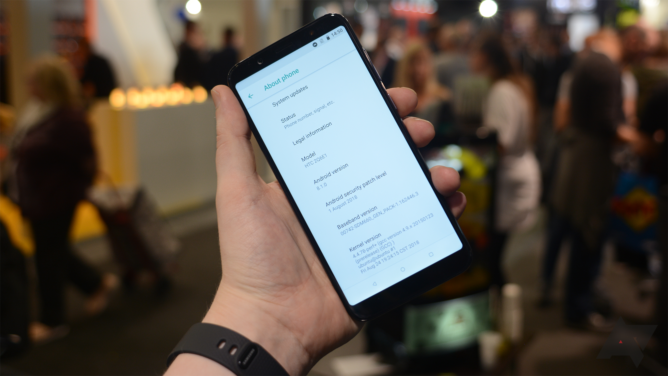 Having only spent a little time with the U12 Life, I'm cautiously optimistic about its chances. At least, there's potential here. The combination of a big 3,600mAh battery and conservative Snapdragon 636 SoC could add up to deliver impressive endurance. But there are plenty of other phones with great battery life, affordable price tags, and that maybe don't have the same shadow hanging over them that the U12 Life does thanks to the middling reception of the U11 Life and U12+ alike. HTC limiting the phone's availability with no plans for a US release isn't helping things any, either. I'm curious to see how shoppers respond, and think HTC's made a few smart decisions here, but the U12 Life faces an uphill battle.