Most Chromebooks follow a minimal design philosophy. They're small-ish, have modest processors, and don't take up a lot of space on your desk. The new Lenovo Yoga Chromebook is none of those. Lenovo's first premium Yoga-branded Chromebook comes with a display up to 4K resolution, and it's almost large enough to be considered a desktop replacement.

This is a "Yoga" device because it has the 360-degree hinge design from the company's Windows laptops. There's a slightly larger bezel below the screen but minimal bezel on the remaining three sides. The all-aluminum shape looks clean and modern, complementing the large 15.6-inch display. The Yoga Chromebook comes with either a 1080p or 4K panel, and I used the latter. That seems like the one to get—the 4K display is stunning. It's amazingly crisp and bright, even under the harsh tradeshow lighting. There's also a substantial 56Wh battery that can keep the screen on for nine hours per charge, according to Lenovo. I did not stare at it for nine hours to make sure. Sorry. 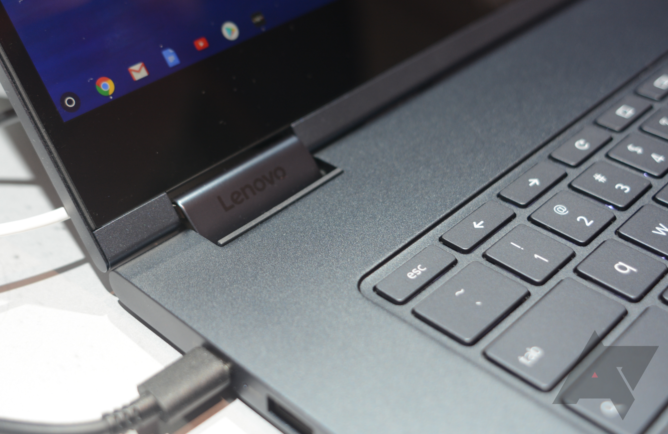 Inside is a Core i5-8250U Kaby Lake CPU, which gives it plenty of power for Chrome OS. There's no option to get more than the stock 8GB of RAM, though. That's probably fine, but I really like to have 16GB in a premium Chromebook. And premium this will be. Lenovo will ask $600 for the base model with a 1080p display.

This is far from the lightest convertible notebook at 4.2 pounds, which makes some of its usage modes a little silly. I'm unlikely to ever use something this beefy in tablet mode. You get two USB Type-C ports (one on each side) for both data and charging, plus a matching set of old, reliable USB-A ports. With all the ports, you should be able to get power and devices plugged in no matter the "mode" in which you use the Yoga Chromebook. 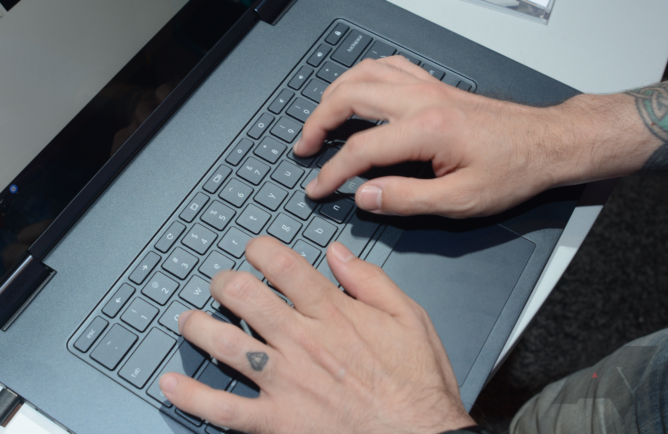 With the larger than average screen, you have a lot of surface area for the keyboard and trackpad. It's a standard laptop keyboard with no weirdly shrunken keys due to lack of space. Although, Lenovo is still using those half-height up and down arrows. It's plenty spacious, and above average in terms of comfort and tactility. This is no Pixelbook keyboard, but it's leaps and bounds better than most cheap Chromebooks and about on par with the premium Yoga Windows laptops.

Lenovo could have made better use of the extra surface area here. I don't personally like number pads, but I know many people disagree. There would probably be space on this laptop to get a compact number pad and keyboard in there. Alternatively, Lenovo could have bumped up the size of the trackpad with all that space. 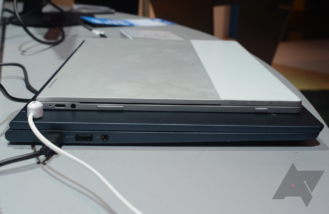 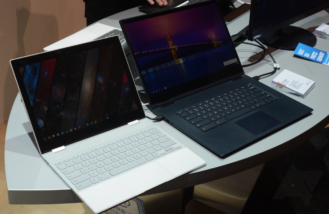 Compared to the Pixelbook

Lenovo wants this machine to be something that hangs around the house, moving from room to room as different family members use it. It's definitely not the sort of thing you'd lug back and forth to work every day. Still, more than high weight and hefty form factor will make this a niche product at best. Honestly, this device seems like a desktop replacement Chromebook to me. The smaller Lenovo Chromebooks are substantially less powerful, but the designs will be more versatile for the way people use their computers.

11 new and notable Android apps and live wallpapers from the last week including Rootless ...