Another year, another 2K companion app slash collectible NBA themed card game. That's right, the console and PC release of NBA 2K19 is just around the corner, so in preparation for the release, 2K has published the MyNBA2K19 companion app on the Play Store. The thing is, it's not just a companion app for an AAA sports game, as it also offers a collectible card battling game that you can play on any compatible Android device. So get ready to collect your favorite NBA superstars from the past and present.

Just like most other sports games, improvements from year to year tend to be incremental, so don't expect a lot of changes in this year's release over last's. There are 400 new cards included in MyNBA2K19 that will cover the 2018-2019 NBA season, and a mode called Reigning Threes makes a return as a permanent fixture. As always, you can expect daily and weekly events to participate in, and there are plenty of in-game rewards to earn by completing these missions.

Now, if you are not familiar with the tie-in aspects and how they function, allow me to shed some light on the subject. The integration with NBA 2K19 isn't very deep, but you can scan your face through the app using your phone's camera, and then import that picture into the console or PC game so that you can create players with your likeness. You'll also find daily opportunities to earn virtual currency for NBA 2K19 through this app, which at first sounds like a good thing, but then I realized that $60 AAA sports games are now including in-game currency, which is utterly ridiculous.

MyNBA2K19 is a free-to-play release, so that means you can expect to find advertisements along with in-app purchases that range up to $99.99 per item. 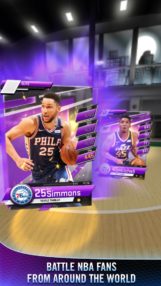 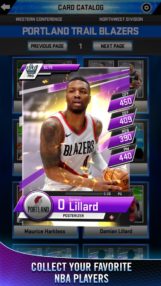 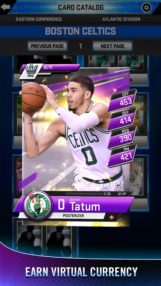 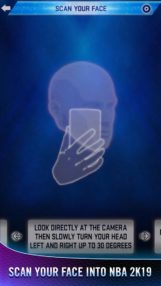 I'm sure plenty of people will get some use out MyNBA2K19, since the face scanning feature should come in handy for many NBA 2K players. It also doesn't hurt that an addictive card collecting game is included to keep people coming back to the app. On the other hand, the IAPs are astronomical, and the fact that 2K is advertising a way to earn virtual currency for NBA 2K is pretty disgusting. I suppose this is now the norm for companies that rent the rights to semi-exclusive sports licenses, but it still turns my stomach all the same.