HTC is continuing its recent attempts to sell phones in the so-called "premium mid-range" market with the newly announced U12 Life. Specs are about what you'd expect for incremental improvement over last year's U11 Life, with a 6" 1080p-equivalent 2:1 display, new dual camera configuration, and Google Pixel-reminiscent two-tone rear design. Unlike last year's model, though, this one won't be coming to the US.

On paper, the U12 Life sounds fine, though it is a bit expensive. Historically, HTC thinks it's able to push the Life series into a slightly more premium segment. Cost is set to vary in different markets, from 329 to 349 €, and £299 in the UK. While it does compare favorably in price to the Zenfone 5, which is around ~400 € in Europe, other mid-rangers with similar specifications can be had for a bit closer to 300 €, depending on the market.

As previously said, it won't be coming to the US — the "premium mid-range" market doesn't do too well here, and HTC is probably wise to skip it. 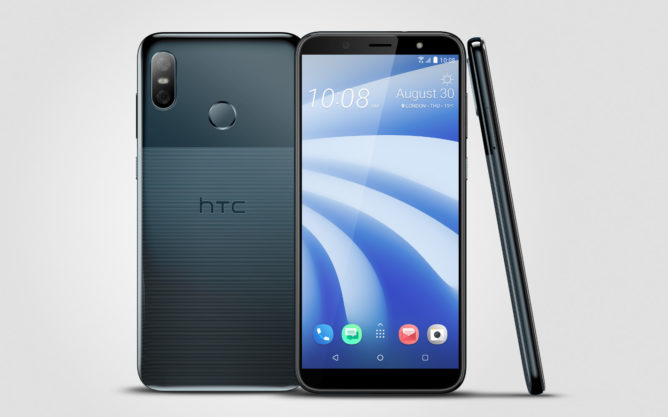 HTC is saying the U12 Life has an "acrylic glass" unibody with a "metal-like design" (emphasis ours). That's a fancy way of saying it isn't actually glass or metal, and it's probably going to scratch pretty easy. Even so, HTC says it's been "toughened up," presumably more so than last year's HTC U11 Life.

The slightly gaudy, but likely grippy, striped rear finish and camera configuration bring to mind the confused lovechild of a Pixel and an iPhone X from a distance. 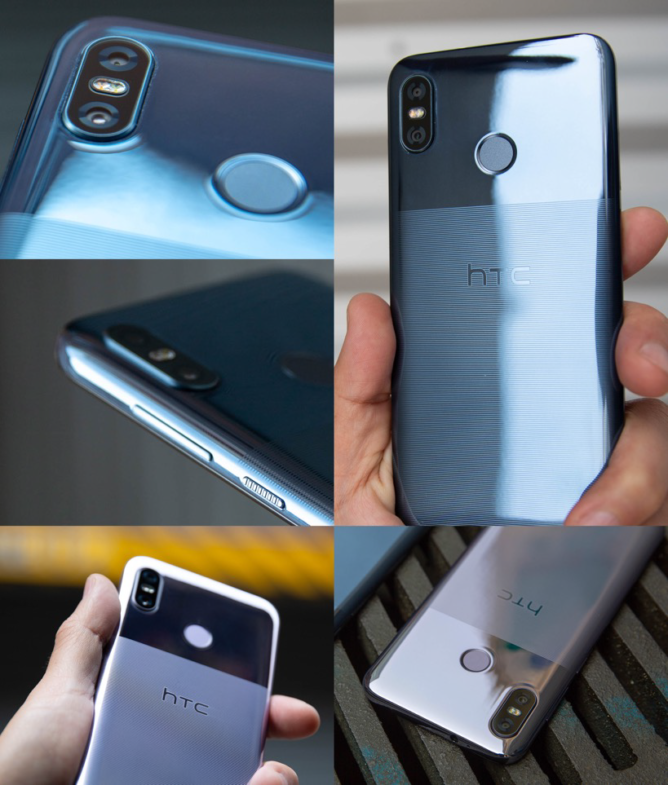 Last year's U11 Life used capacitive hardware navigation buttons combined with a front-facing fingerprint sensor, but this year HTC has (again, wisely) decided to switch to software keys and a rear-mounted sensor. The change, combined with the taller screen makes the phone look a little less dated in design. 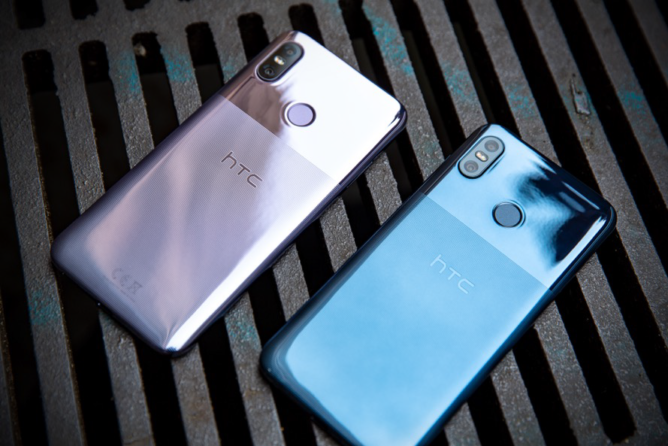 Size has also been given a decent bump all around. The new model is larger in every dimension, with a screen that's nearly an inch bigger. It even has real, tactile, hardware power and volume buttons, unlike its U12 namesake.

The purpose of the secondary camera isn't immediately clear, though. On paper, we know it's a 5MP secondary camera, which is unusually low, but HTC's press release didn't state if it's a wide-angle or telephoto. It may be possible it's only used for parallax depth-sensing for artificial bokeh in portraits, which would be a shame.

HTC advertises "chart-topping efficiency" from the Snapdragon 636. Paired with the sizable battery, it could actually have some decent longevity. But, like most of these technical details, we'll just have to wait and see how they actually work together.