In its latest UI test, Spotify is trying a new look for the Now Playing screen that shuffles a few functions around. The menu button moves from the middle of the screen to the top, replacing the queue. The shuffle button is replaced with a heart, which makes little sense given the user is playing songs from their library (unless the heart now means that the song is in the library). But the shuffle button isn't completely gone, it just moved to the right, in lieu of the repeat function. And finally, the "Devices available" feature moves to the bottom left, leaving some space for faster access to sharing on the bottom right. There are a few other subtle changes, but the ones described here are the most important ones. 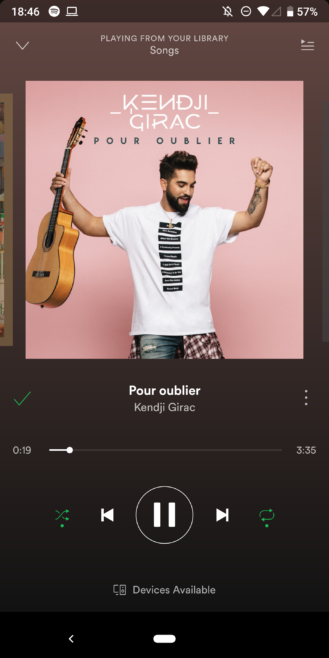 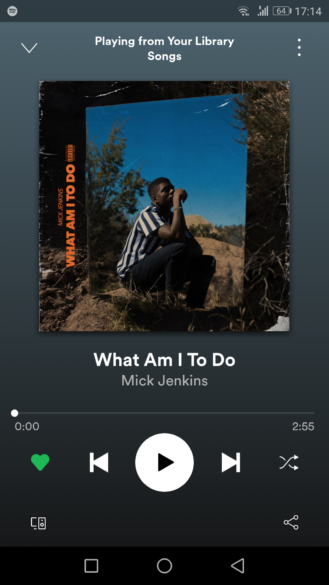 You may be wondering now, Rita, how do I access my queue or how do I toggle repeat? For that, you'll need to first access the menu. Yes, these two important features for any music player now require another tap. It seems like nothing, but it isn't user-friendly at all.

The new menu now has three icons above the minimized album art: shuffle (again, in case you missed it in the previous screen), repeat, and the queue. 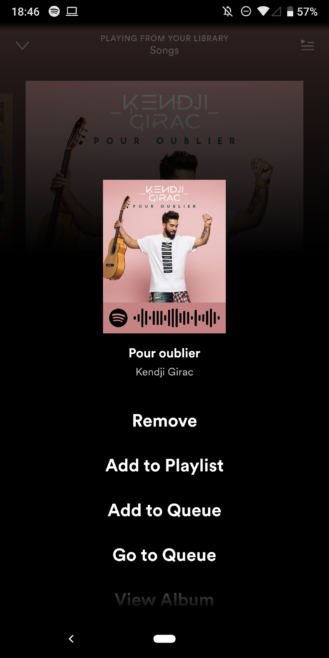 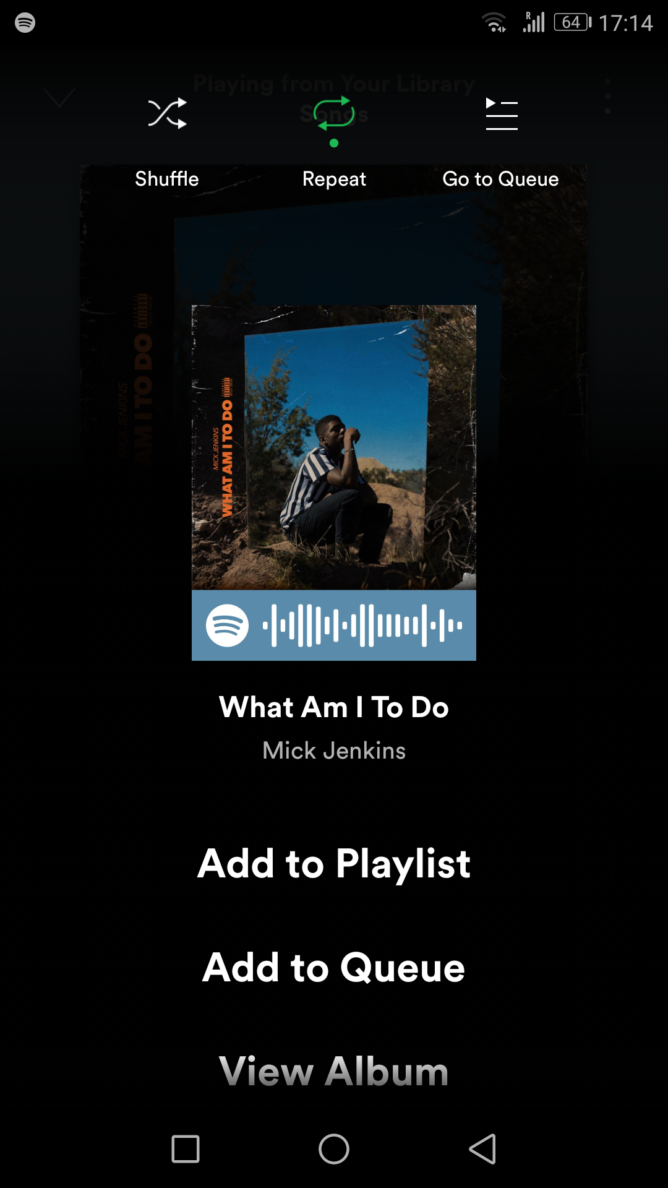 None of us here at Android Police have this interface, so it does seem to be a limited server-side test. Based on the two screenshots, I'd also say it's still a work in progress, and one I hope doesn't get rolled out as is. I think we don't have to fret much though; Spotify has tested several interfaces in the past that still haven't made it to all users. There's hope.