Google first demoed its Digital Wellbeing initiative back in May at I/O, but it took until this month for it to officially debut with Android 9 Pie. We've already checked it out and given our thoughts on it, but it's no surprise that Google is still working on it. 'Time watched' statistics have just been added to the YouTube app, allowing for better control over your watching habits. 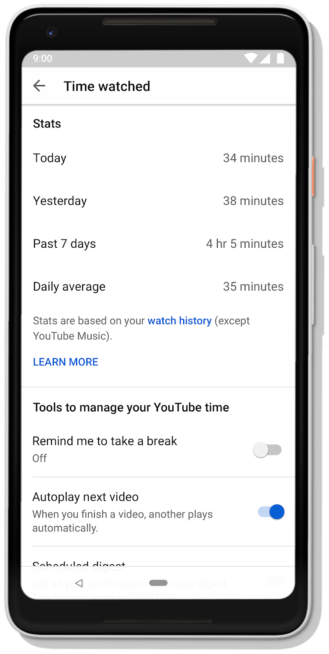 YouTube already has several features that help make sure you're not wasting your life away on videos. Those include reminders to take breaks after a set amount of video watching, restricting notifications to one per day, and disabling notification vibrations/sounds between 10pm and 8am. 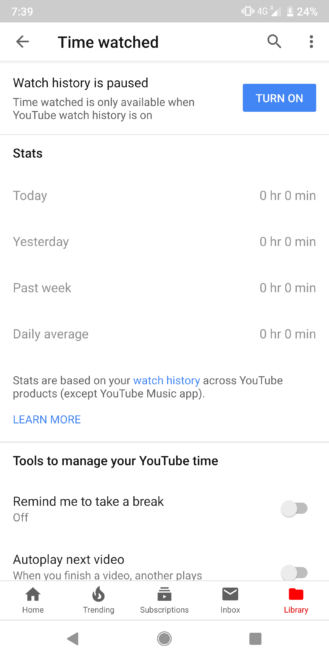 This latest addition shows you statistics about how many minutes of YouTube videos you've watched today, yesterday, for the past seven days, and a daily average. It's pretty straightforward, though it might be scary-looking for many of you. One note: if you have your YouTube watch history paused, this won't work, and you'll just see a button to turn watch history on.

The blog post says that the feature is rolling out now, and it's already on my phone. Could we really be seeing a proper rollout from Google?