If you, like me, thought that the Google Home Max was a bit pricey, than Harman Kardon is here to make that speaker look inexpensive. The Citation 500 is set to be $600 with Assistant onboard and according to The Verge, Harman Kardon is planning to show it off at IFA later this week.

Behind the grey or black fabric are the 200W stereo speakers that support 24-bit/96KHz streaming. There's a color LCD panel up top for controls, in case you don't want to yell at Assistant to turn the volume down or skip that awful song. The Citation 500 is a fully-fledged Assistant speaker, meaning that you can ask it random questions, get help with a recipe, or control the lights in your home. 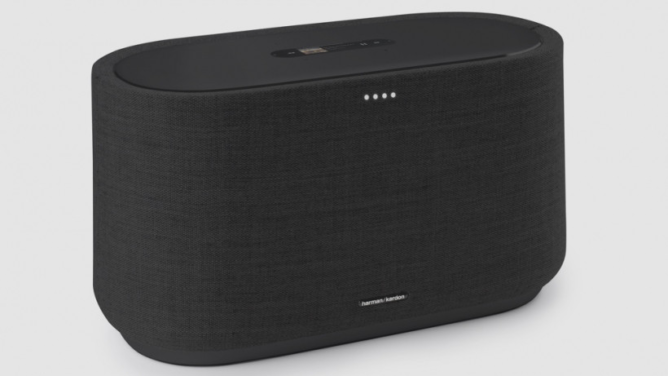 Pre-orders are due to open up in Europe by the end of September for the low, low price of$599.95 USD/€549. That's pretty steep, but not nearly as bad as those ridiculous Bang & Olufsen speakers from last week. The Citation 500 will be Harman Kardon's third entry into the smart speaker game, and its first Assistant one. The other two, the Allure and Invoke, feature Alexa and Cortana, respectively — odd that Assistant lagged behind Cortana in Harman Kardon's book, eh?

Harman Kardon reached out to let us know that the Citation 500 will be priced at $599.95 in the U.S. The article has been updated throughout to reflect this change.