Atypical Games is probably best known for its Sky Gamblers air combat series, though it looks like its open-world first-person survival games are starting to get some attention on Android. Escape from Chernobyl picks up the story after the events in Radiation City, and it's your job to unravel the mystery previously left unsolved. So get ready to explore an accurately recreated Chernobyl power plant that's filled to the brim with zombies in this hauntingly gorgeous open-world survival game.

If you at all familiar with Atypical Games earlier Radiation titles, then you should know exactly what to expect from Escape from Chernobyl. This time around you will get to explore the inside of the Chernobyl power plant, and like most survival games, you'll want to snag every item you happen across as you never know what may come in handy. So make sure to scavenge in each area so that you can equip the best weapons and gear as you explore.

There is an overarching story that spans all three games of this series, but it clearly takes a backseat to the real star of these titles, the graphics. But don't worry, you can easily start up Escape from Chernobyl and figure out what is going on without any need to have ever played through the last two titles.

Now, since this is a brand-new release that's still in development, the developer has slashed the $4.99 price down to $2.49 for the time being. I would imagine that once most of the development work is finished, the price will go back to normal. So think of the current cost as an early access deal, and you get the picture. It's also worth noting that there are no advertisements or in-app purchases to be found in the game, just like the last two titles. Luckily there are also a couple of free versions on the Play Store, if you'd like to see how the earlier games play before you spend any of your money.

If you are big into first-person survival games and are looking for a fantastic new release to work your way through on Android, Escape from Chernobyl should fit the bill nicely. Sure, this may be a product that's currently in development, but what games aren't nowadays? From what I have played things appear to perform quite well, though your mileage may vary from device to device. In my opinion, you might as well get in early while the price point is still low, especially if you are already familiar with how fantastic Atypical Games title's play. So sure, surviving a zombie apocalypse isn't anything most of us haven't experienced before, but in this instance, it's something worth revisiting when the familiar gameplay looks so darn good in action. 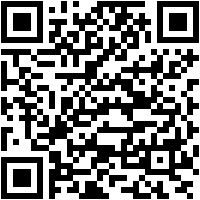 Report: Pixel 3 to be revealed at Google event in NYC on October 9th