Commenting on YouTube is an exercise in frustration, and not just because of the way most people behave – that's a much longer conversation for another day. An assortment of bugs and unfinished features have been around for years and it feels like improving the comment section has been one of YouTube's lowest priorities. One of those persistent problems has been the auto-filling of usernames when you begin a reply, but now it looks like there's finally a fix in the works. 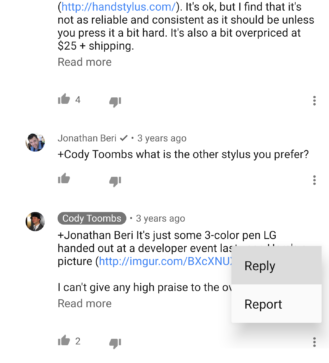 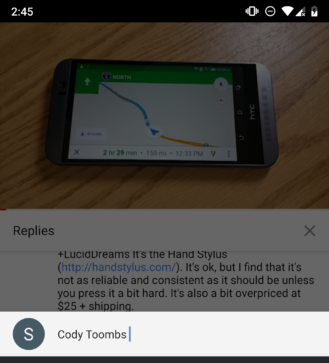 For the last two years, YouTube has had a "feature" in the mobile app that automatically filled the comment box with the name of another user you were responding to. This began with an update in late 2016, and at the time it looked like a decent way to indicate that you were replying rather than commenting at the top level. Unfortunately, this turned out to be more of a nuisance as the name served no purpose and it should generally be removed before writing anything, otherwise it would be posted as part of the comment. 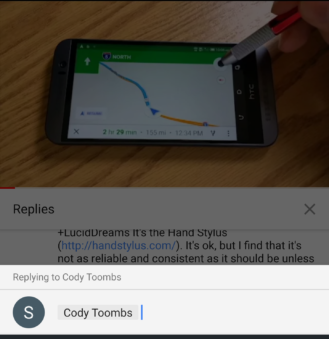 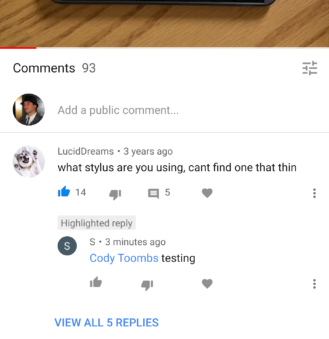 Starting about a week ago, a few people started to see something new happening in the comment box. The name on the parent comment now appears in the form of a little block tag. Taping backspace a couple of times will delete the entire tag instead of erasing one letter at a time, and if you post the comment with the tag in place, it will be rendered with a link that leads to that user's channel. It works a lot like a tags in Google+ and Twitter.

As good as this is starting to sound, there's still some work left to be done. It looks like there's no way to tag somebody without replying to their comment. I've tried typing different symbols to start a tag, but nothing seems to work. This means you can't tag anybody besides the person you're replying to or tag multiple people in a comment.

Also, while the comment section links to the tagged person's channel, the notification they receive only shows the message with their name appended to the beginning. The web interface continues this trajectory by both forgoing a link to the tagged channel and adding a '+' sign to the front of the name. It's reminiscent to leftover tags after YouTube undid a two year experiment where Google+ was used to power the comment section.

As far as we can tell from reports, these tags only started appearing about a week ago, but they work as far back as v13.27.54 released on July 13. YouTube likely began beta testing about a month ago, then remotely enabled tags last week. It's not clear if everybody has access or if they're limited to just some users.

What to look out for when buying a Chromebook