Gmail's latest update began circulating a few days ago. This version is uncommon in that it's removing features rather than adding them. The 'nudges' feature on Gmail accounts and quick responses for other types of accounts appear to have been removed entirely. 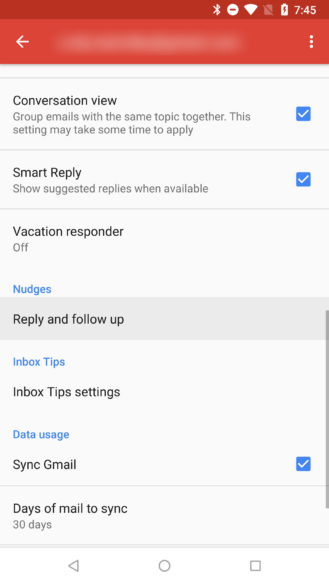 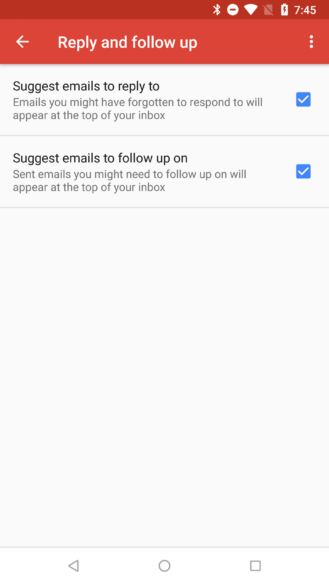 Having only launched earlier this year, the "nudges" feature was intended to help users remember to send replies to message or follow up on messages that had been sent but never got a response. I can only guess that this feature was either not working as intended or perhaps it wasn't getting any use.

Technically, it's possible the actual function of reminding people is still active and only these settings have been disabled, but I have trouble believing the app would force reminders on users.

Reply and follow-up reminders might not be removed for everybody

A report suggests the settings are still available for some users after the update. This may mean Gmail is restricting its use to some accounts based on some criteria like past usage, account type, or some other consideration. We'll continue looking for an explanation. 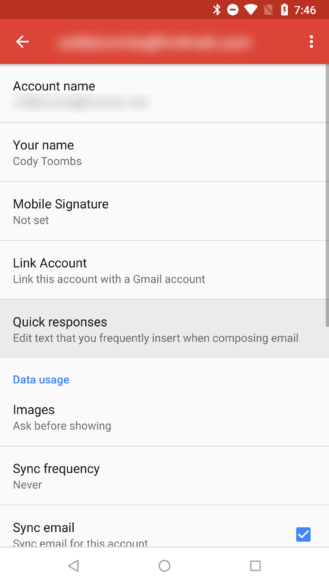 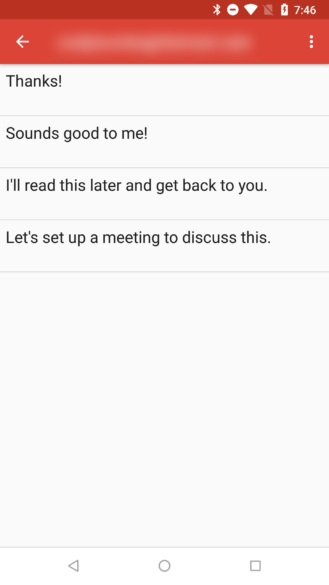 Inbox launched a feature called Smart Reply almost three years ago, eventually transitioning it to the main Gmail app in the middle of 2017, and finally to the web earlier this year. Taking the concept even further, Gmail added Smart Compose earlier this year, as well.

While Gmail is getting all of these cool predictive features, non-Gmail accounts have been left to fend for themselves with a much more basic feature called Quick responses, which are basically just a set of responses you can write for yourself and send with a couple of taps. At least that was an option until now. Quick Responses seem to be gone entirely, or at least they are for the account types I've tested. As far as I can tell, none of the smart response features were enabled for other account types to take over this responsibility.

I'm not sure how often quick responses were used, but since they had to be written in advance, I can't help but suspect the opportunities were limited. 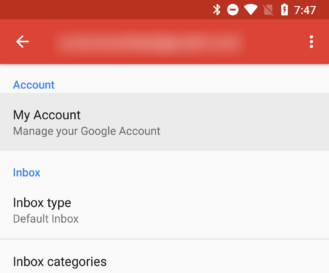 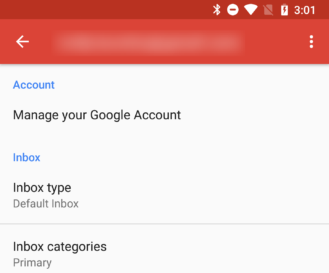 As a final and completely meaningless note, the account management shortcut at the very top of any Gmail account settings page has been tweaked to get rid of the 'My Account' text and make 'Manage your Google Account' the new title. The side effect is a space savings of a few pixels. Cheers to that.

If there was any doubt that Inbox might bring back the 'Someday' option to Snooze, leave it behind. The same line that appeared in the last Inbox update has also turned up in Gmail's latest revision, all but guaranteeing the return of Someday. I'm not actually sure if Gmail ever had this Snooze option, but it's pretty clear that it will soon.

As a reminder, the Someday option worked a bit differently than other Snooze options. Instead of hiding an email from view until a specific point in the future, the Someday option merely hid the email in the Snoozed folder with no date to return. This could be a good tool for keeping an email handy without necessarily marking it done.