As more units of Google's lost Pixel 3 XL batch make their way into the hands of various bloggers, further details are emerging. These are pre-production models, so everything we're seeing is subject to change, but there are some interesting tidbits nonetheless.

We learned yesterday that wireless charging will be on board and also saw some samples from the camera. Now, thanks to one post from the same source and one from another Russian language site, we have some more product shots, instructions for the earbud remote, plus some screenshots of the settings and camera app. 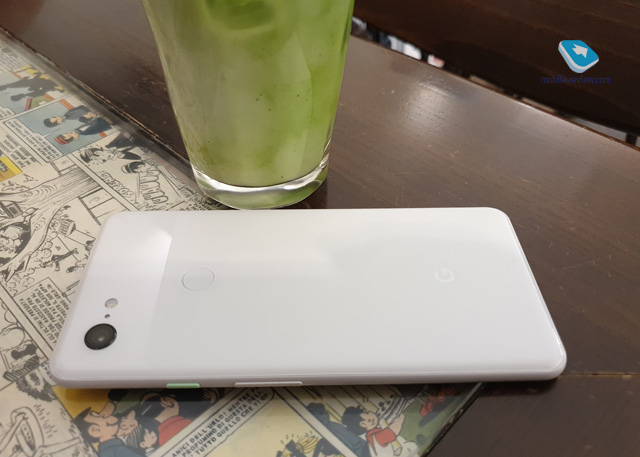 According to Mobile-review.com (via 9to5Google), which shares numerous images of the same white Pixel 3 XL we've been seeing for some time, a portion of the back is plastic. Since it's translated from Russian, it's not clear exactly which portion, but I'd bet it's the plastic coating similar to what we have on the Pixel 2, with glass underneath that. 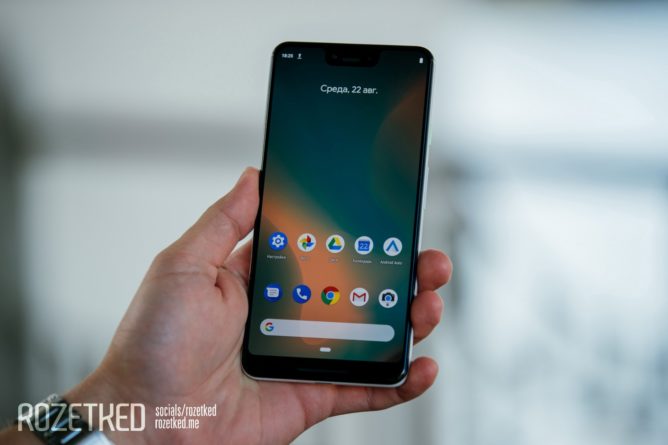 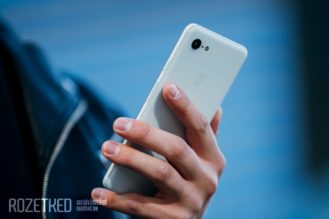 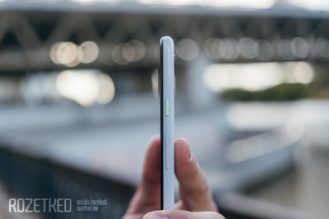 The same site has the 3 XL in photos next to the Huawei P20 Pro and Samsung Galaxy Note9, showing it to be a similar size. Rozetked.me adds further information in this area, saying that the Pixel 3 XL fit perfectly into a case made for the 2 XL — so we're not expecting it to be noticeably bigger or smaller despite the larger notched display.

Thanks to screenshots taken by Mobile-review.com, we can check many of the phone's settings pages. There isn't much new here that we don't see in Android 9 Pie on a Pixel 2, but there are some things to note. Apparently, there's no option to turn off the gesture navigation like you can currently, which would tie in with a previous rumor.

We have long assumed that the Pixel 3 XL's two front cameras would be used for a more secure face unlock feature, but there's no mention of it in the settings. It may well be in Smart Lock, but we would expect Google to make more of it, something they may well do in the finalized software. An 'Automatic' setting for colors can also be seen in the Display settings, which is distinct from the Natural, Boosted, and Saturated options we have on Pixel 2.

The Google Camera app on the Pixel 3 XL is also featured in several screenshots. We can see a redesigned UI with a new carousel replacing the slide out hamburger menu for changing modes. There are a couple of new settings in there, too. 'Google Lens suggestions' could offer up timely pointers about what you're looking at, while the more practical 'Store videos efficiently' offers to use the HEVC format for 50% smaller files. A number of camera samples and comparisons with the P20 Pro and Galaxy Note9 are shared by Mobile-review.com (see below, source link for more). 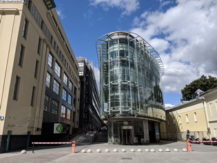 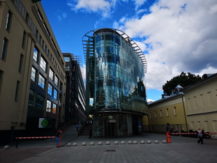 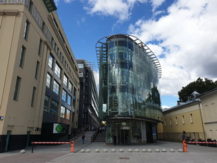 One final piece of interesting new information comes from the earbud manual. They look just like wired USB-C Pixel Buds, but we weren't sure if they would have any controls until now. According to the manual, there are three buttons on an inline control. Two are for volume, while a third performs play/pause and call answering functions with a short press or summons up the Google Assistant with a "Press & hold."

It's important to stress that these Pixel 3 XLs, almost certainly from the same batch, are pre-production units with unfinished Android software. Everything covered here could turn out to be completely different in the final retail version, or it could all be the same. Until October 4th, when the official announcement is expected, we simply won't know for sure.

Just in case you're not entirely sick of Pixel 3 XL news by now (like I am), more information has come to light about the cameras on Google's upcoming flagship. According to 9to5Google, the two front-facing cameras are for nothing more than 'Super Selfies,' potentially dashing hopes we had of a new secure face unlock method. Apparently, one of the front lenses is of the wide angle variety, and together they will produce better bokeh portrait shots — similar to what we've seen on other recent Android devices.

There's also talk of a new and improved Visual Core chip. This could make the Pixel 3's HDR+ processing even more impressive than it is on the current generation, and who knows what other AI enhancements could also be included.