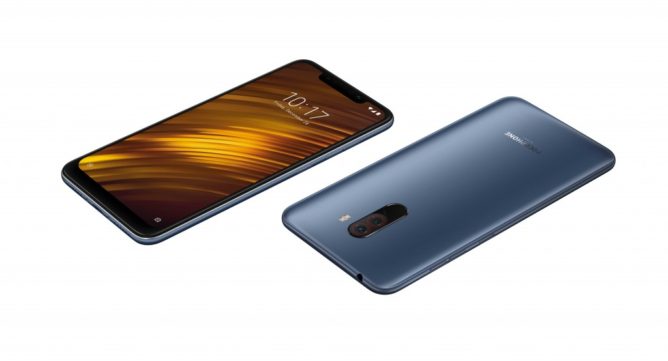 As well as the kind of high-end specs we've come to expect, the Poco F1 also offers LiquidCool Technology for better heat dissipation when running intensive apps such as games. There are also stereo speakers and headphone jack on board, which is more than can be said for many more expensive phones in 2018.

If there's one area where cost-cutting is clear, it's in the construction. The notched display with a chin is par for the course these days, but you won't find another flagship phone with a plastic rear cover. It doesn't make for the prettiest device, but with official skins and cases available, it's not the end of the world. There will also be an armored edition with a special Kevlar back (below right). Sadly, one other high-profile omission is NFC for mobile payments. 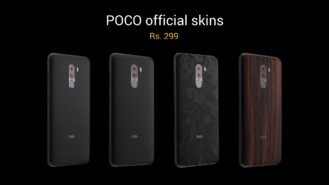 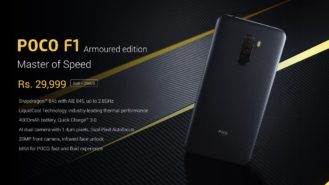 European pricing has been spotted on a Dutch retailer, showing as €399 for the 6/64GB model and €439 for 6/128GB. (Update: Other sources suggest the Euro price could start from as low as €260 — we'll just have to wait and see.) There are four colors to choose from: Graphite Black, Steel Blue, Rosso Red, Armored Edition (Kevlar black). Global availability and pricing will be announced on August 27 at events in Jakarta, Paris, and Hong Kong, while sales in India will start on August 29.

OxygenOS 5.1.5 for the OnePlus 5 and 5T has a hidden Treble surprise