It looks like an early shipment of Pixel 3 XL units "fell off a truck," and a Russian blog managed to snag one of the units. That means it's time for a new Pixel leak, and no more of this public transit spy shot stuff. Not only do we see the device and accessories in greater detail, there are sample images and confirmation of wireless charging as well.

One post on the blog shows off the hardware, which we've seen before. There's a great big notch, a chin, and the two-tone back design. The box contains an EU charger, USB cable, USB adapter, headphone adapter, and Type-C headphones. 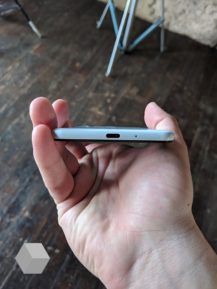 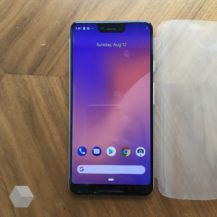 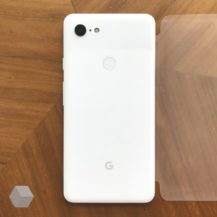 So, this site definitely has the Pixel 3 XL. This is important because a separate post includes the first camera samples from the 3 XL. There's some inconsistency in the timestamps (many have dates from July), and the camera model in EXIF is listed as "QCAM-AA" instead of Pixel 3 XL. However, this is something we've seen on Google devices in the past. It probably has something to do with the pre-release nature of the hardware. Here are several of the images, and you can find more in this Google Drive folder. The image quality looks excellent—it's everything we've come to expect from the Pixel camera.

Separately, the author of the blog post has tweeted a video of the phone. What sort of video? One that includes the phone charging wirelessly. So, that's confirmed.

There are also a few... confusing details. In a Twitter reply, the author says the charging pad in the video was Qi, but the phone has a plastic body. I have a hard time believing that. Perhaps he's just confusing textured glass for plastic? We'll find out for sure October 4th.