Only a handful of Android applications have passed one billion installations, including Facebook Messenger, Instagram, Google Photos, and Skype. One more app has now joined the club - Gboard, formerly known as Google Keyboard. 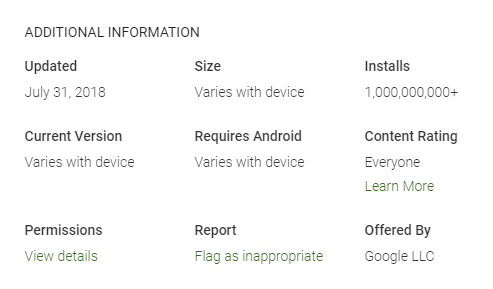 The Play Store counts both user downloads and preinstalled copies as "Installs," and there's no doubt Gboard has far more of the latter. Still, there is a large amount of users who have manually replaced their stock keyboard with Gboard, especially with recent additions like built-in translations and GIFs.

Twitter introduces new DM-request filtering tool to save you from dealing with its charming ...

[Update: Still uncertain] Many older Chromebooks won't get Linux apps, including the 2015 ...