If you follow smartphone news closely, chances are you've read about handsets “designed” specifically for gaming (or gamers). There's the ASUS ROG phone, the Xiaomi-backed Black Shark, one from ZTE sub-brand Nubia, and this really weird thing from a Chinese company called Doogee. There have been others in the past as well, including the recent Razer Phone and the long-forgotten Sony Xperia Play. While they've all taken slightly different approaches in defining what exactly a gaming smartphone is, all but the Sony have squarely targeted the PC gamer demographic - and for good reason.

In the world of PCs, gaming-oriented products have a long and storied history. I won't get into too much depth here, but back in the 1990s brands like Alienware, Voodoo, and Falcon Northwest pioneered the boutique gaming PC business. While such boutique PCs remain a tiny part of the market today, they started a real trend: major brands like Dell, ASUS, Acer, and HP churn out ready-built gaming desktop towers and laptops to increasingly strong demand. And that's not to mention the massive market for homebuilt PCs that has persisted for decades. PC gaming is the coolest and most relevant it's ever been - and it presents an irresistible opportunity for companies looking to capitalize on that trend. So, why not make a smartphone for PC gaming enthusiasts?

With reference designs available for the most complex components and a large market for manufacturing, basically any company with sufficient capital can get in on the smartphone game (getting in profitably is another question entirely). And while no one would say building a smartphone is easy, as a product they have become incredibly commoditized in recent years thanks to massive supply chain infrastructure made possible by equally massive demand. But this is exactly why gaming phones are pointless: because they’re built with the same highly standardized parts, they don’t do anything appreciably better than “regular” high-end smartphones.

Take the ASUS ROG phone. Its primary claim to fame is an unshamadely gimmicky external cooling fan module designed to keep the phone at manageable temperatures during intense gaming sessions. This, of course, neglects the fact that the ROG phone uses the same Snapdragon 845 processor (binned at a staggering 100Mhz higher clock speed - utterly negligible for a nearly-3GHz CPU) with the same Adreno 630 CPU as nearly a dozen other phones currently available for sale right now, none of which demand a cooling fan to do… anything. Sure, it has a 90Hz refresh display with HDR for theoretically higher frame rates and expanded color gamut support in games, but very few mobile games are designed to run above 60 frames per second, and none I’m aware of support HDR at all.

By comparison, Samsung just announced the Galaxy Note9, a phone with the same chipset, and has maximized thermal performance by simply increasing the size of the SoC’s heat spreader. It works, no fan attachments or specialty gaming hardware necessary. The Note9 will also have a vastly superior camera, a much better screen, and has the benefit of being produced by the largest smartphone OEM on the planet - meaning you’re unlikely to encounter what is easily the biggest problem with gaming on obscure Android phones: compatibility issues. The ASUS ROG phone will sell in the thousands of units. The Note9 will sell in the millions. The Note9, despite not being a gaming smartphone, will almost certainly be the better smartphone for gaming not because of a heat spreader, but because it (or another similar Samsung phone) is the phone game developers are likely to use as a reference for performance optimization. 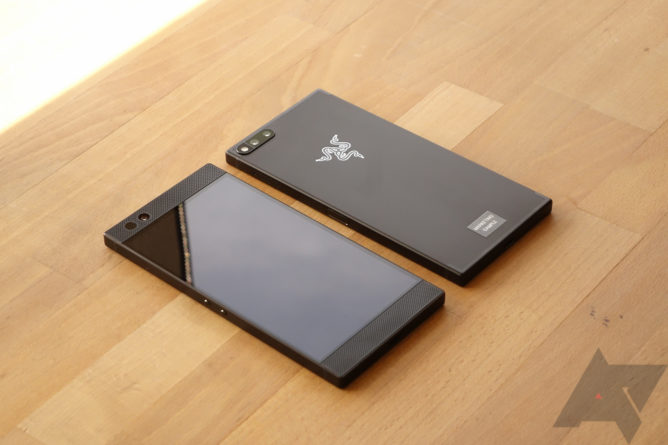 The gamer-focused Razer Phone was a commercial failure. It also wasn't a very good smartphone.

And as long as manufacturers are stuck with the same basic hardware with the same basic capability as their competitors, the most effective way they will be able to differentiate is by simply building a better smartphone. Is there really a significant group of people out there willing to pay $1000 for the privilege of using the ROG phone for its extremely marginal gaming benefits (if they can be called benefits) at the expense of being a worse smartphone overall? I don’t think that question needs serious answering.

Gaming smartphones are like slapping a spoiler, big wheels, and a cold air intake on your basic commuter Honda - call it a sports car all you want, it's not any faster than anyone else's Civic.

High-end smartphones will eventually all get higher refresh rate displays, because eventually there will be content worth displaying on them. High-end smartphones will all get more thermally efficient, because there are real non-gaming benefits to making a phone run cooler (longer battery cycle longevity, greater charging efficiency, less need to throttle). And we can safely assume that all of them will continue to use the most powerful chipsets available in order to stay out in front of the competition. As such, gaming smartphones are like slapping a spoiler, big wheels, and a cold air intake on your basic commuter Honda - call it a sports car all you want, it's not any faster than anyone else's Civic.

But perhaps the greatest illustration of the pointlessness of the gaming phone are the games themselves. Smartphones are not designed for video games - video games are designed for smartphones. The limitations of a small, battery-powered touch input display are far more impactful on smartphone gaming, in ways that cooling solutions and high-refresh displays simply can’t change. Certainly, there are those asking for the ability to project emulated console games to a large screen for use with an external controller, but these represent a positively infinitesimal group of consumers overall, ones who will never have a meaningful impact on the larger device landscape. And once again, a gaming smartphone would be no better at this than any other. It’s a moot point.

Faster, cooler, and more powerful are tropes that play well in the world of PC gaming, where there can be legitimate differences between products even at a single tier. But there are dozens of basic configurations available to someone looking to build a gaming PC, even before accounting for the various brands on the market. There is, realistically, only one way to build the guts of a high-end Android phone, and that's to buy the latest chip from Qualcomm. And for now, there’s no sign that’s changing. So don't buy into the nonsense: the best gaming phones are simply the best smartphones, not the ones with the sharpest edges or the most hardcore marketing language.

Twitter introduces new DM-request filtering tool to save you from dealing with its charming ...