It can be a bit tough to keep track of these version numbers across time, since OnePlus mixes and matches them across hardware lines, and the same version can have different features and monthly security patches between devices. 5.1.5 originally landed for the OnePlus 6 back in May, and this latest update — though it shares a version number — doesn't really have much to do with it.

OxygenOS 5.1.5 for the OnePlus 5/5T was a deceptively small update that we didn't originally cover. The changelog only stated that it updated Android to the August security patches with a minor tweak to PIN security on the lockscreen:

Bit of a snore, right? Turns out, the update also includes Treble support. 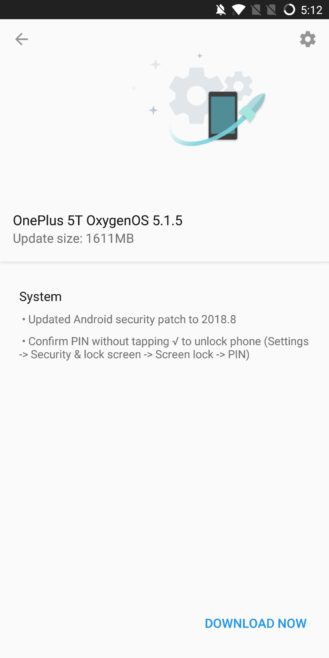 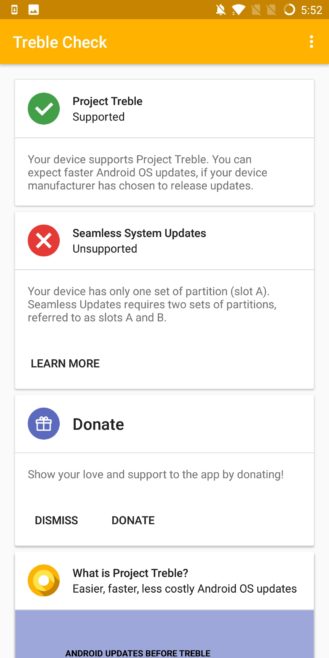 We've only confirmed for ourselves the addition of Treble support is present in this update for the OnePlus 5T, but there are other accounts that OnePlus 5 also has the feature in this update. Notably, OnePlus previously stated that none of its older devices, including the OnePlus 5 and 5T, would be getting Treble. A/B partition support is still not present, though — not that it's really necessary, in my opinion.

We knew that Treble was eventually going to hit the stable branch for both handsets, as it was introduced in the Open Betas for each at the beginning of July. At that time, OnePlus was cognizant enough of the feature to make sure it was it in the changelog. For whatever reason, it appears to have escaped notice this time.

Whatever the motivation, the 5.1.5 update for the OnePlus 5 and 5T is definitely one you shouldn't miss, two-line changelog or not. The update is rolling out now, though OnePlus does typically stagger the deployment in case of unanticipated bugs. Downloads for this version haven't been posted just yet, but you can pull down the update manually a bit early via Oxygen Updater over on the Play Store.

Poco F1 by Xiaomi could be a true flagship killer: $300 for SD845 and LiquidCool technology