The Android Gmail app just picked up yet another feature from its site-based big brother. As of version 8.7 and forward, Gmail for Android can now undo sent emails. So if you notice something important is missing at the last minute, you have a few extra seconds to quickly reverse the message and fix things.

To be honest, I'm surprised this feature wasn't already present in the Gmail app, but in my own testing, I can confirm that it wasn't present in versions prior to 8.7, which landed around mid-July. Google's support docs for "unsending" Gmail messages were updated at some point to mention the Android app as well.

The timing of the new undo is also up in the air. Although in my own testing only versions 8.7 and forward have the feature, at times it wouldn't show up for a few minutes, or until the app had been force killed or swiped out of memory during my tests. That could imply that the new functionality is being rolled out on a server-side switch, compatible only with those versions.

Whatever the timing, Undo is here, and it works. 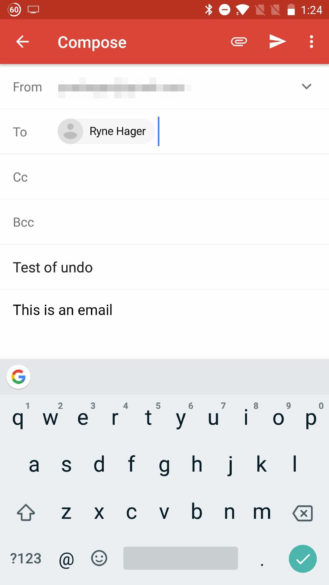 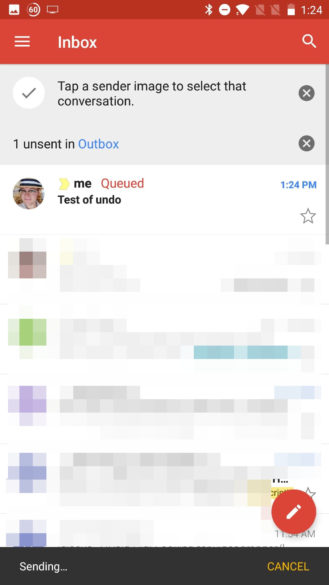 If you're familiar with how Inbox handles undoing sent emails, the implementation in Gmail is basically identical. On the correct version—and/or if the switch has been flipped for you—when you send an email you'll get notification down at the bottom of the screen. At first, you can cancel the outgoing message before it's actually sent. If you do, you'll be returned to the drafting screen for the applicable email. 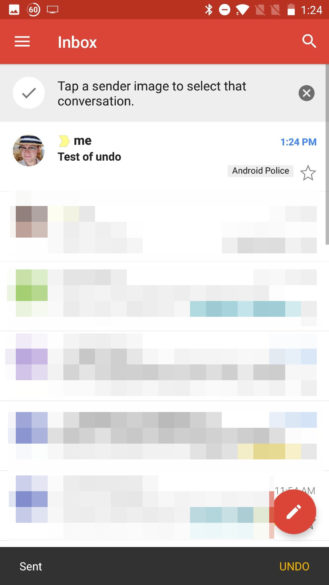 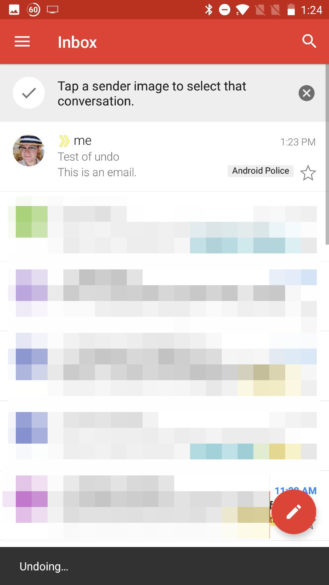 If it makes it past that stage and the email is actually "sent," you can still stop the recipient from getting it. For Gmail-to-Gmail emails, Google can pull them back. Other services see a short delay before the email is actually sent, giving you a chance to change your mind. Either way, tap the "undo" prompt, and the email won't be seen by the recipient. You'll also be dumped back at the composition screen for the undone draft. 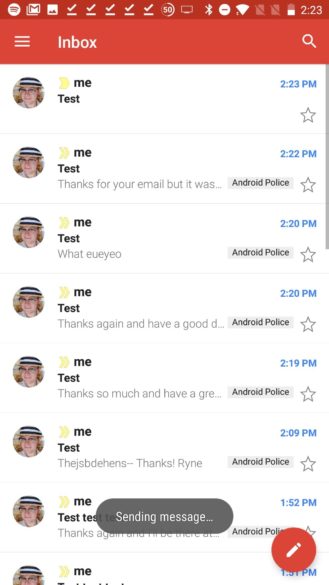 Notification for sent messages before (left), and the new notification (right)

Again, we can't confirm precisely when this rolled out. Some of my own devices didn't seem to have it, even though they're on v8.7+, but force closing the Gmail app was able to trigger it for me every time. The most prominent indicator that the switch has been flipped for you is the change in notifications: You won't have the undo option if Gmail is still showing older toast-style notifications like those above and to the left.

Server-side or not, undo is here for the Gmail Android app. If you don't see it, try downloading the latest 8.7 release from APK Mirror and give the Gmail app a force close.